On May 5, after a long hot day of bug-hunting up and down Sabino Canyon, Eric Eaton and I decided to end the day with a stop at Tucson's beautiful palm-studded desert oasis Agua Caliente. 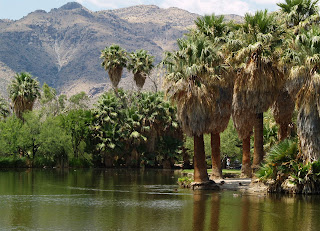 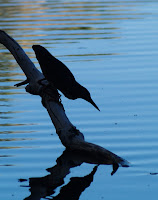 Against the light of the setting sun, Eric spotted the sillouhette of a small Heron crouched on a dead branch over the still water. At first he even doubted that it was a bird at all because it was so motionless. 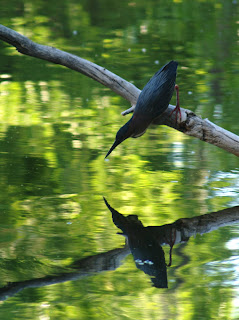 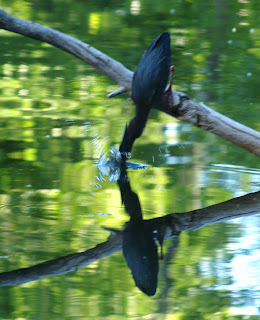 The heron was intensely focused on his fishing. Ever now and then, his pose would freeze even more, he'd lean forward in nearly imperceptible increments until it seemed impossible that he would keep his balance. Only his strong, very long toes made this acrobatic stunt possible. Eventually, his head would shoot forward and the sharp beak would grab a small fish. While we watched he never missed once... 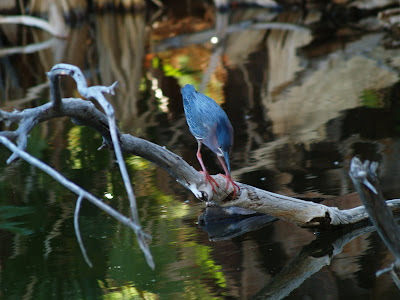 The birds at Agua Caliente are used to visitors and not too shy. I still think we were lucky that this guy stayed out in the open when we slowly circled around for better light and then were even joined by a third photographer. 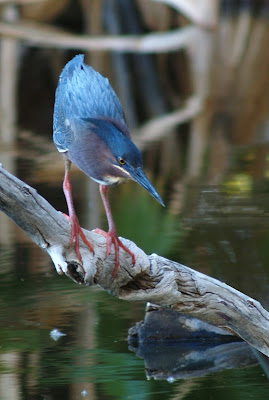 The right angle of warm evening light and the overall golden hues of the still water of the lake with reflections of huge old Palms all came together to perfectly show off the jewel tones of the heron's breeding plumage. 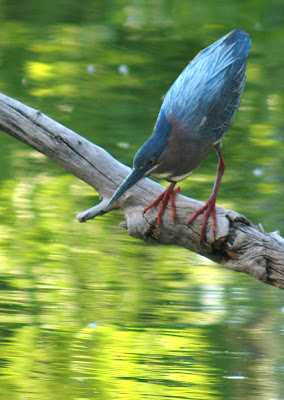 Posted by Margarethe Brummermann at 9:39 AM