Bugs and Beetles from Aravaipa Canyon

Last Sunday we had visitors from Texas and Germany who were mostly interested in mantids and ants. May is by no means the best time to find either. Mantis nymphs are still tiny and ants are not swarming, so their queens are deeply entrenched under their mounds and layers of rock and caliche. Turns out the two guys couldn't visit later in the season because of the impending Soccer World Cup. 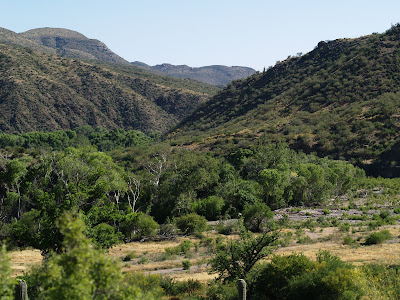 We decided to go to Aravaipa Canyon in Pinal County, AZ. We had no time to get permits for the actual Wildlife Preserve and instead stayed in the more open, less dramatic western part of the canyon. This area only hints at the dramatic beauty of the deeper chasm of the preserve, but is still very attractive with it's year-round running creek.

Following is just a pictorial list of insects that I was glad to find, even if most of them weren't first sightings. 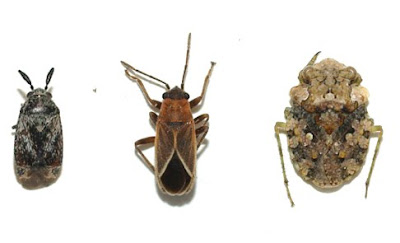 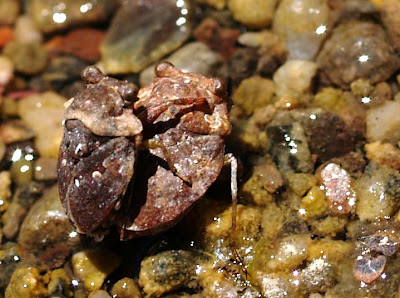 We found all these critters by whacking bushes over a beating- sheet, fishing around in muddy algae, turning over the leathery corps of a long dead cow, going through dung of very much alive cows...the usual.
One of our group, though, showed his true dedication by trapping an over four-feet-long snake in the leg of his trousers. Luckily only one and a half feet went up, and luckily it was only a Gopher Snake. 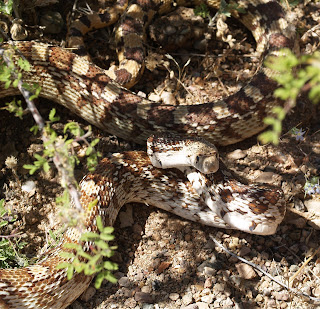 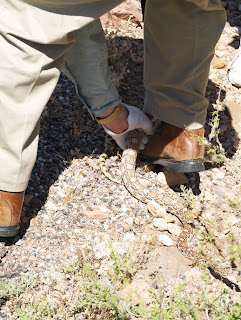 Posted by Margarethe Brummermann at 11:05 PM