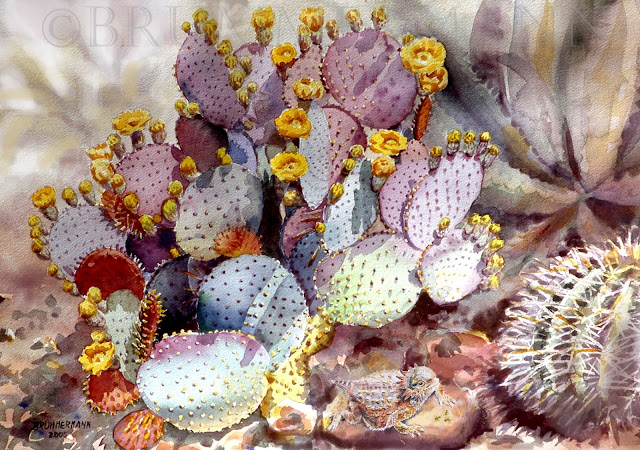 When photos of this lizard are posted on social media sites, the predictable comments usually are that people used to 'always' see them in the past, but not anymore. Is this true, or is this anecdotal perception just that?  On our property west of the Tucson Mountains I do see them occasionally and I'm not sure that I see fewer than 15 years ago when we moved here.
Of course they are very secretive and tend to bury themselves under loose sand whenever it is either too cool or to hot - after all they are ectotherm reptiles and need to regulate their body temps by appropriate behavior. They also depend mostly on certain ants for their diet, and these, too, are limited in their activity by the ambient temperature - meaning that extremely hot summers drive these harvester ants deeper under ground to live on their stored food. Extended droughts like the current one probably eventually diminish their numbers. So even in areas like our property, where the ants are save from insecticides and their food source (weeds) is not destroyed by herbicides or artificial ground cover, desert harvester ant populations may have been shrinking over the lat 10 years and with them the number of  Regal Horned Lizards. My (also anecdotal) observations of the Greater Short-horned Lizard in the mountains seem to suggest the those are still faring better, as are grassland populations in Cochise County. It seems however that in areas where Harvester Ant colonies are under attack by introduced Fire Ants (Texas, but not Arizona) the effect on the local horned lizard species is quite negative and the numbers are in alarming decline.

The range of the Regal Horned Lizard in Arizona is within Arizona Upland Sonoran Desertscrub, Chihuahuan Desertscrub, and Semidesert Grassland communities. It inhabits valleys, rocky bajadas, and low foothills. It is usually encountered in relatively level areas with low shrubs, and open, sunny patches.
Posted by Margarethe Brummermann at 7:00 AM