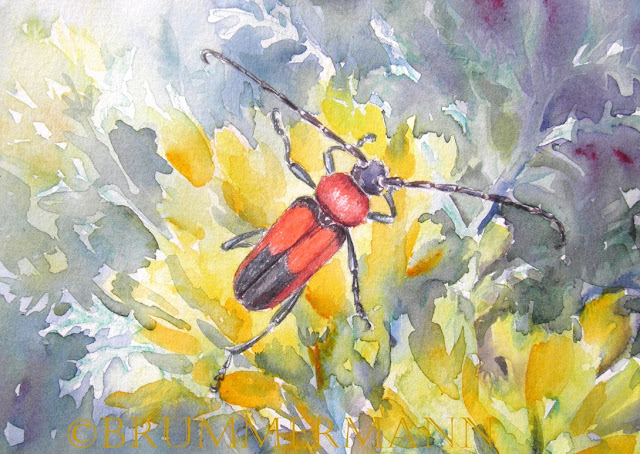 Animals in their habitat: for many beetles all the habitat they rely on seems to be a single plant species. They are so faithful to their hostplants that they show up on the flowers as adults, may it be to feed on pollen, nectar or the petals themselves or to meet their mating partners. The female then lays her eggs so the larvae can feed on the stems or roots of the plant. Next year, there will then be a new generation of beetles just in time for the flowers of the plant. For the sake of exchange of genetic material, I hope the beetles at least cruize the whole local population of their plants. The example here is the longhorn beetle Crossidius coralinus on Burrow Weed (Isocoma sp.?). Beetles of this genus frequent similar asteraceae all over the western US.
Posted by Margarethe Brummermann at 10:05 AM