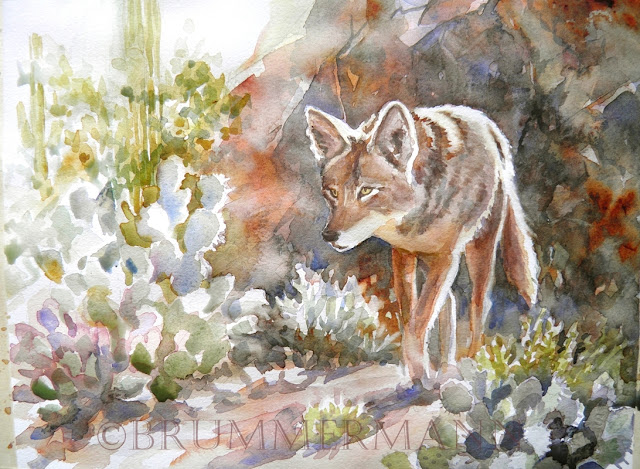 Yesterday morning I finished my 'Coyote Prowls' and then headed south for the Santa Rita Mountains. More about the painting in my watercolor blog.

After a rainy January, the weather has turned sunny and gorgeous. With all the early precipitation, we don't even have to feel bad about it. The mountains, covered in last years dead grasses reflected the sun like fields of gold, nicely set off by the blue shapes of Mount Whrightston  and Mount Baldy. 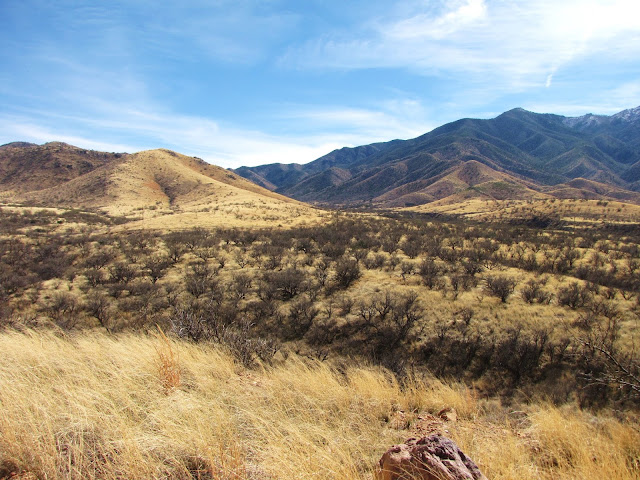 I could see snow on the higher elevations, but down in Box Canyon the temperature reached the high eighties. I met a naturalist friend and we looked for insects: He found interesting syrphids. The antennae of the males were shaped like bundles of feathers. Copestylum (Hiatomyia) plumosa? I got no photos, too bad. I hope to go back for them. 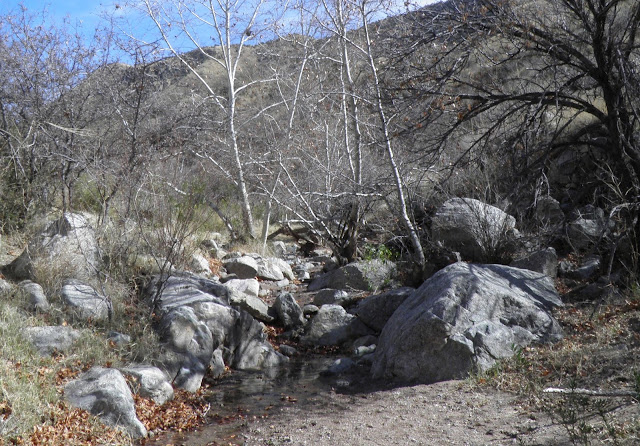 The creeks were gurgling with clear fresh water. No bugs except some Water Striders.  Bonewhite Sycamores rose ghostly in the early evening shade of the canyons. 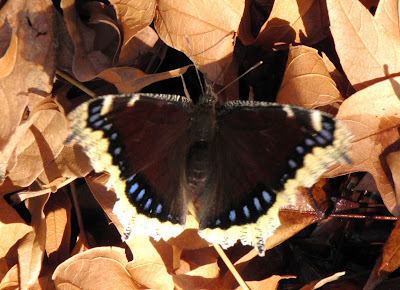 Several dark butterflies were flying around: Mourning Cloaks, Bordered Patches and Pipevine Swallowtails. Does their dark coloration give them enough thermoregulatory advantage for an early start? 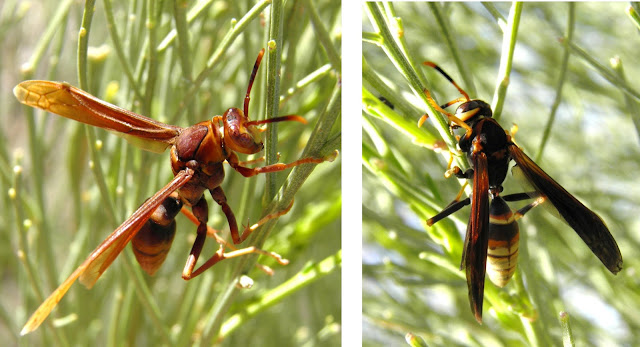 Already, Desert Broom was attracting scores of wasps.  These are potential queens of Paper Wasp species that overwintered, I assume. Like every year in spring, I'm confused - their coloration differs from that of the workers I'm used to seeing in summer and autumn. 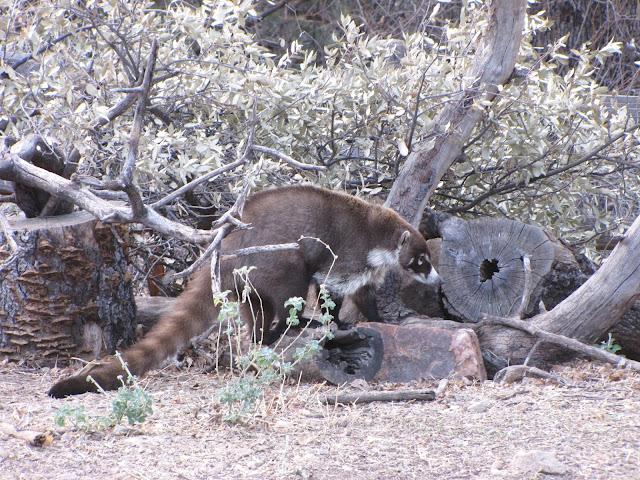 At Madera Canyon Lodge, a Coatimundi visited the bird-feeder area. He seemed well-fed, content and rather tame. Probably not a great situation, but I did enjoy watching him for a while. 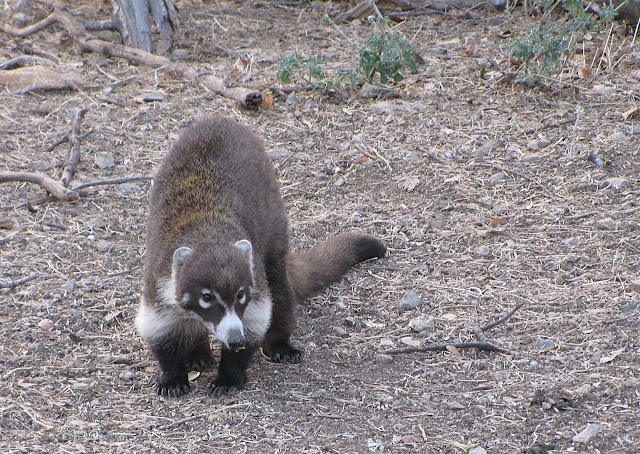 White-nosed Coatis in SE Arizona are the northernmost ambassadors of the south and central American genus Nasua (in German Nasenbaer). They are Racoon-related omnivores but more day-active than those (less hunting pressure, historically?. They feed on insects, lizards, roots, fruits, nuts and eggs. They are very fond of fruit, especially the manzanita berry, and obviosly don't dislike easy-picking bird seed.

On the way home, the grasslands glowed even more and mountain shadows undulated. It's hard to decide which photo to choose. 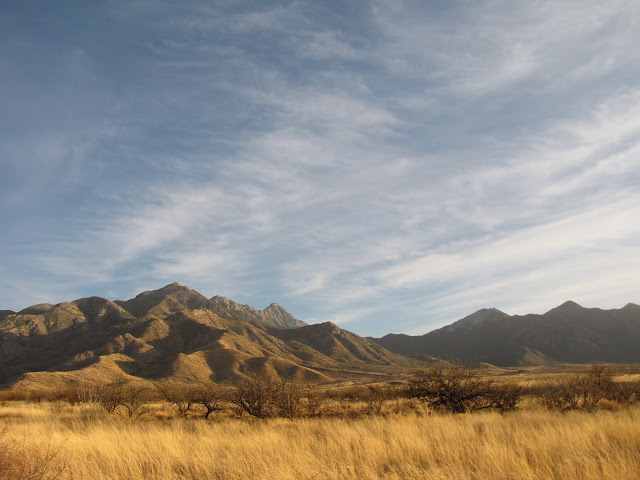 P.S. In the meantime I found several Flickr posts of the little group of  Coaties at the Madera Canyon Lodge. I was quite dismayed to see how very obese at least one of the three regulars is.  Feeding wild animals is illegal in Arizona. But feeding birds is exempt from this law. In fact most birdlovers still believe that they are doing a commendable service to the birds. As a biologist the only value that I can see is that people might get interested and feel protective about more than just hummingbirds. Also,  for the lodge and several B and Bs in Madera Canyon the bird feeders are an intrinsic part of a lucrative business and beloved by so many visitors that it would probably be impossible to end this practice. But the feeding and overfeeding of the coaties is problematic. The feeders are alraedy positioned pretty much out of reach of even good climbers.  I hope there is a way (and I will raise the issue) to keep the spilled birdseed from reaching the ground.


Posted by Margarethe Brummermann at 10:37 AM