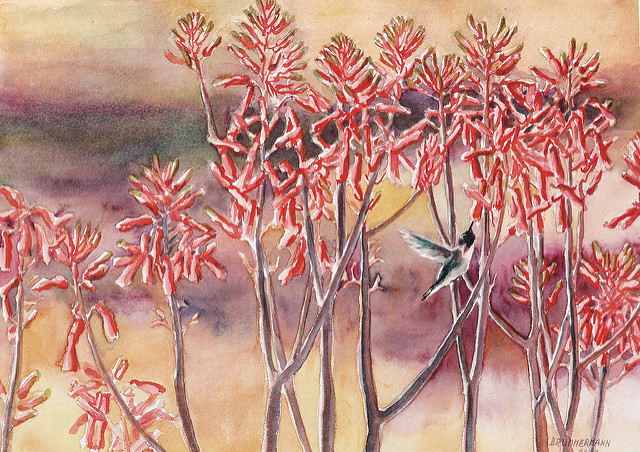 Costa's Hummers stay year round in our backyard and the males fiercly defend their territories, often in form of a particular feeder and pearch nearby. February is already mating time and nest-building time for the females. The male accompanies his flight display with a long, piercing whistle. In our backyard, Aloes introduced from South Africa are blooming. While they are mainly ignored by local insects, Hummingbirds, Orioles (and Honey Bees) are less fussy and enjoy the early nectar board. 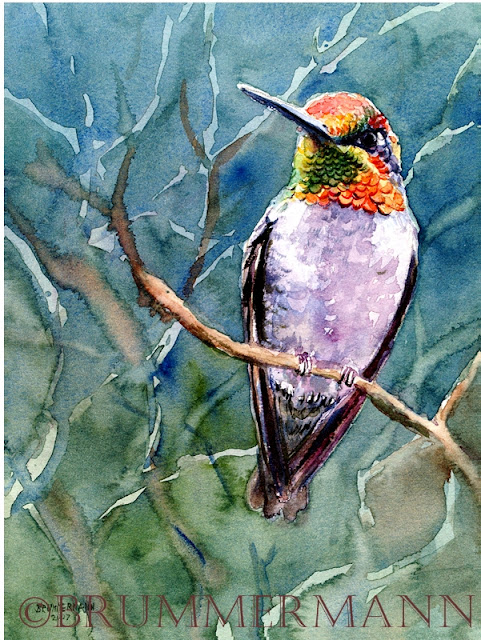 Anna's hummers are also in their nuptial best right now. Gorget and forehead are shimmering in metallic colors from purple to orange and green. depending on the light refraction.  Much of their mating song is produced while sitting on the highest point of a Mesquite tree. Anna's only lately became year-round residents of Arizona. Garden flowers, feeders and decorative water features enabled them to do so - one of the species that benefited from the transformation of pristine desert into suburbia.
Posted by Margarethe Brummermann at 10:24 AM