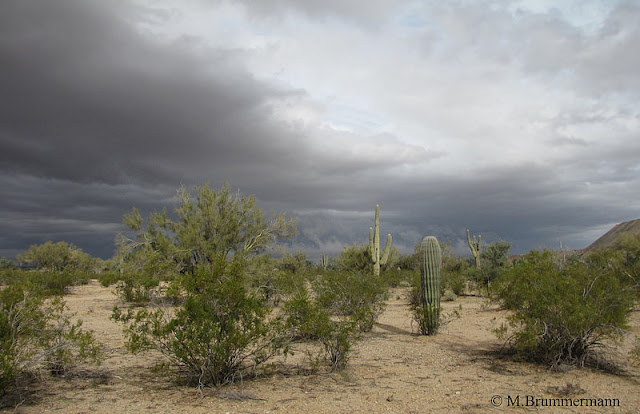 Just when I thought summer and the monsoon were behind us ... the temperatures during the day were back at 95 degrees Fahrenheit, the wind blew hard and I was very glad that I didn't take part in the art show in Patagonia as I usually do. But not during and election year, with this contentious one to boot. Instead I'm sitting at my computer organizing the beetle photos for the Arizona Beetle Book that Art Evans and I are preparing. I was just sending him my list of Elateridae and the one-thousands species when the dogs began whining, lightning flashed and thunder rolled. 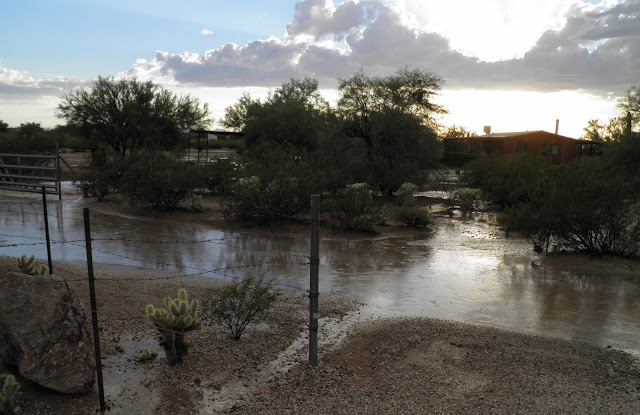 The sky opened, the mountains disappeared behind the deluge. Rain drummed onto the roof so hard that nothing else could be heard for a while. This lasted for probably half an hour.
When it was possible to get outside, I checked the rain gauge. 2 inches! 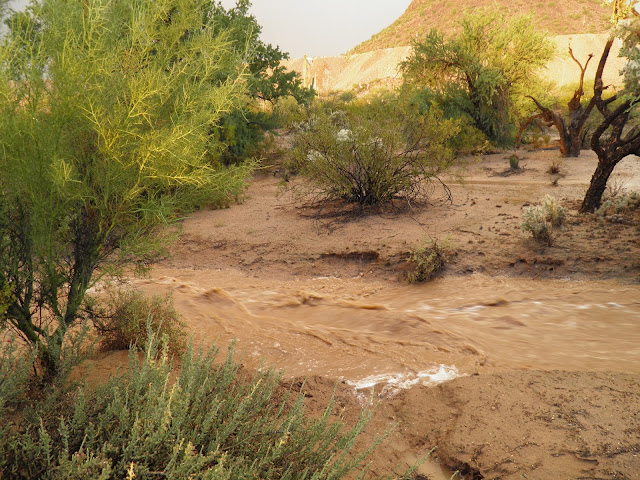 The washes were roaring and still raising. The water rushed so hard and fast that it seem to run above the banks for a while. But then it broke out of the beds and flooded the land, breaking new channels in it way.


From the only wash I could get close to, I heard ominous cracking as if trees were torn down. whole trunks were racing by from our land into the state land. The road turned into a stream as well.

My worry had been a big dead ironwood tree that had fallen into a wash last year and partly blocked it. Now I found that it had been ripped from its last roots and dragged down the wash. Probably the cracking and screeching that I heard.

The force of the water had ripped it apart and big pieces were gone - the trunks that I saw floating by. But the main part of the tree had lodged itself into the sand far from where it used to stand. That wood is heavy! That, and it's hardness, is what gives the tree its name. 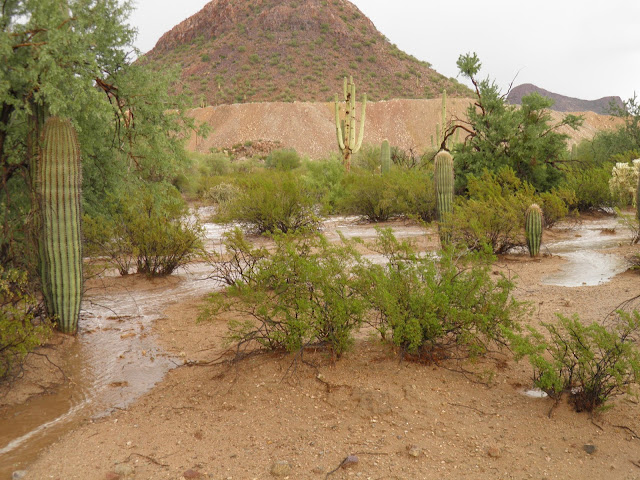 The living trees are all standing, but one ironwood and one big saguaro were badly under-cut by the water. The flood was extremely forceful and reminded me that building catch basins and canals to retain rain water are just wishful thinking here were the power of the elements can be so raw. 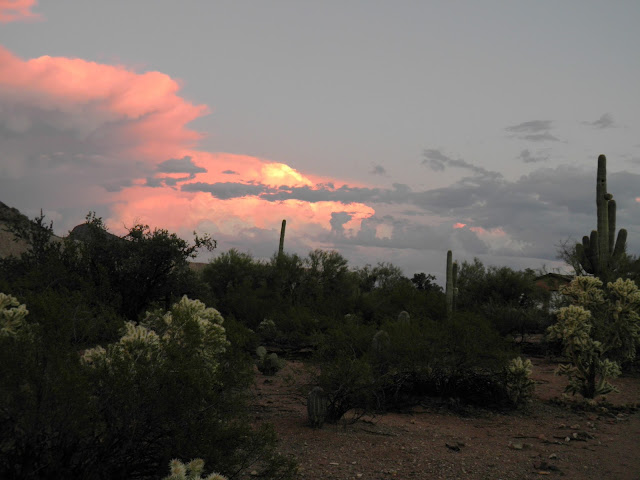 The sun came through just before it reached the horizon. Storm cloud got gilded, then turned purple. Nearly as fast as the flood had come, it also receded again. By sunset I could nearly cross the closest wash again, but I gave up when the muddy bank started to give way. 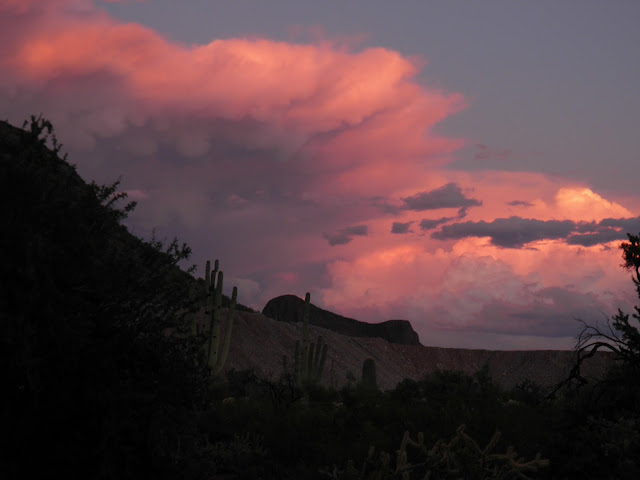 Posted by Margarethe Brummermann at 10:12 PM