Finger Rock Trail - the south side of the Catalina Mts 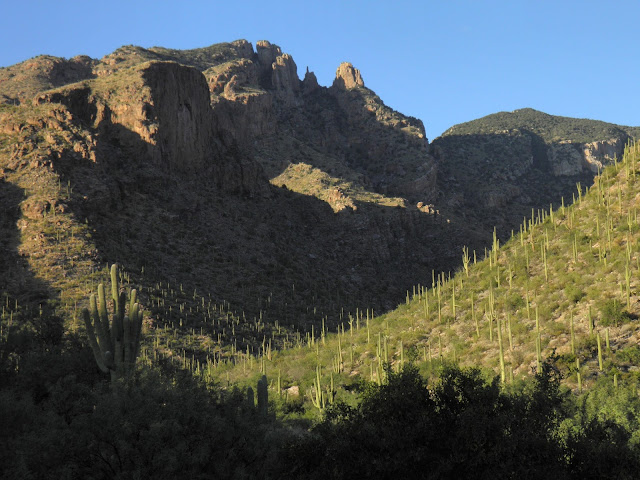 For Tucsonans, Finger Rock is an iconic part of the Catalinas. It is so recognizable that it often turns up in paintings, my own included. And every hour of every day presents a greatly different picture drawn by those dramatic shadows on the east-west expanse of mountain range. 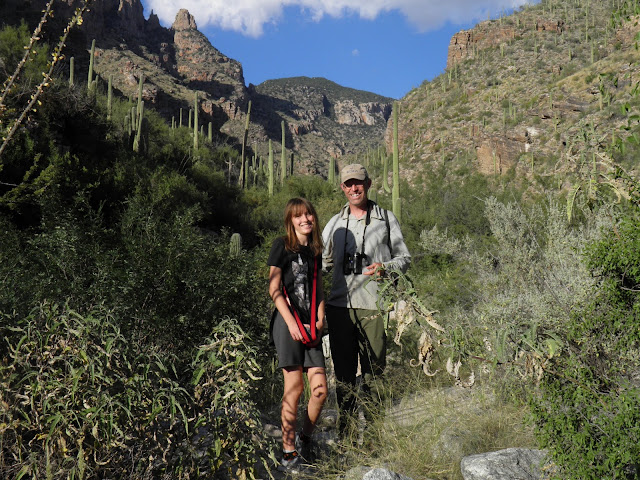 But when Rich Hoyer and the daughter of a friend and I hiked up Finger Rock trail on a sunny October afternoon, shade was in short supply. I should mention that Finger Rock trail does not actually attempt to reach Finger Rock. It skirts it in the canyon below.

Butterflies defended territory, especially Empress Leilia.   Dragonflies swooped overhead, a sign that not too long ago termites and ants had been swarming. 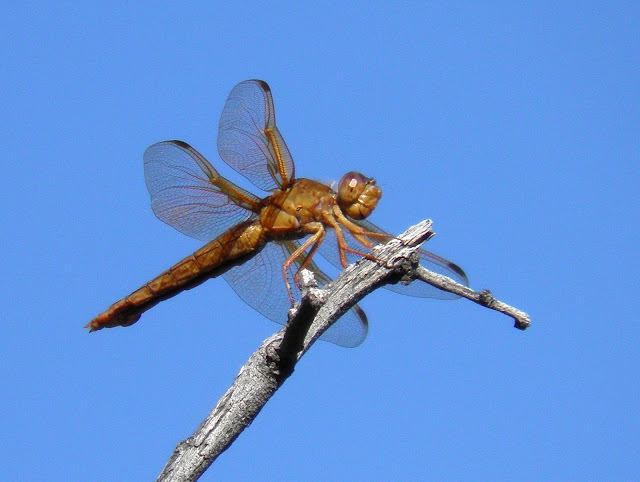 Still, note to self and Rich: don't climb up a dry southern slope in Tucson in October with a 12 year-old in tow if you want to kindle said 12-year-old's out-door enthusiasm. You would have to come up with a much greater show of interesting bugs than we could find. 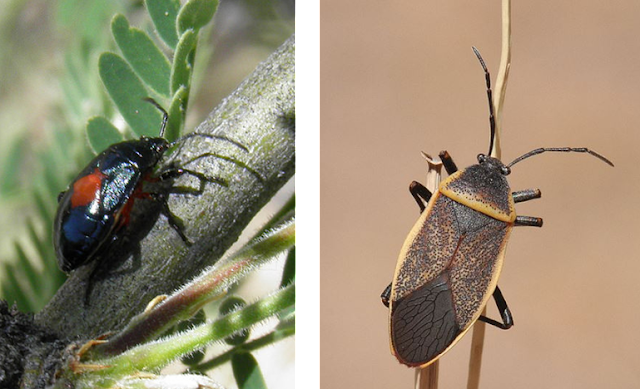 Always first hailed as beetles, then pronounced to be 'just' nymphs of a True Bug: little, fast shiny, early-instar all black and later red-dotted Largus offspring. 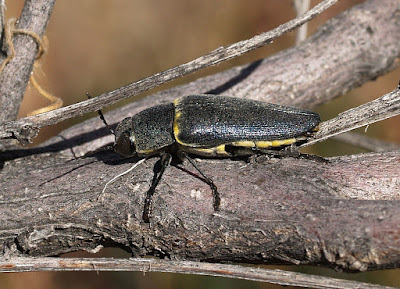 As usual on warm days, a big Hippomelas sp. Buprestid was running and flying high up in the branches of a Mesquite tree. Always out of reach. Binoculars were the only way to get a glimps. 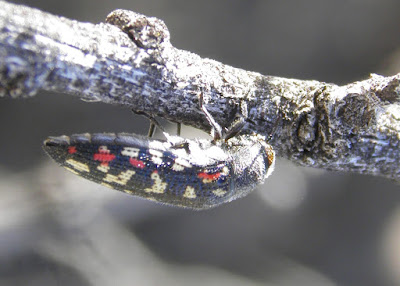 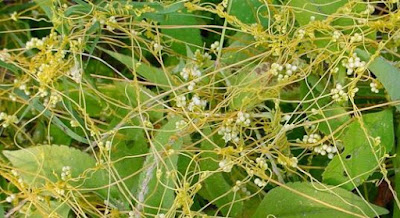 Eventually, the trail turned down from climbing exposed slopes to follow a dry creek bed. Rich had expected blooming asteraceae here. We found instead blooming Dodder (Cuscuta) a suffocating parasitic vine. I had never seen it bloom. Wasps and small bees seemed to like it.

More wasps buzzed around another small-flowered plant. Too bad that the kid with us was afraid of 'bees'. Trying to rationalize this 'cultured' behavior. Maybe with a little success: Nobody ran screaming.

Bushes like Desert Hackberry had accompanied the entire trail, but only in the deeper parts of the canyon they were really lush and Mexican Bush Katydids were chomping away on fresh, juicy leaves. Patches of grasses in this protected spot finally revealed a number of grasshoppers and meadow Katydids. But while the diversity might have been pretty good - we spotted at least 5 species within minutes of loosely skimming around, there was no quantity. It's October and prime time for grasshoppers. What's going on?


Posted by Margarethe Brummermann at 10:50 AM