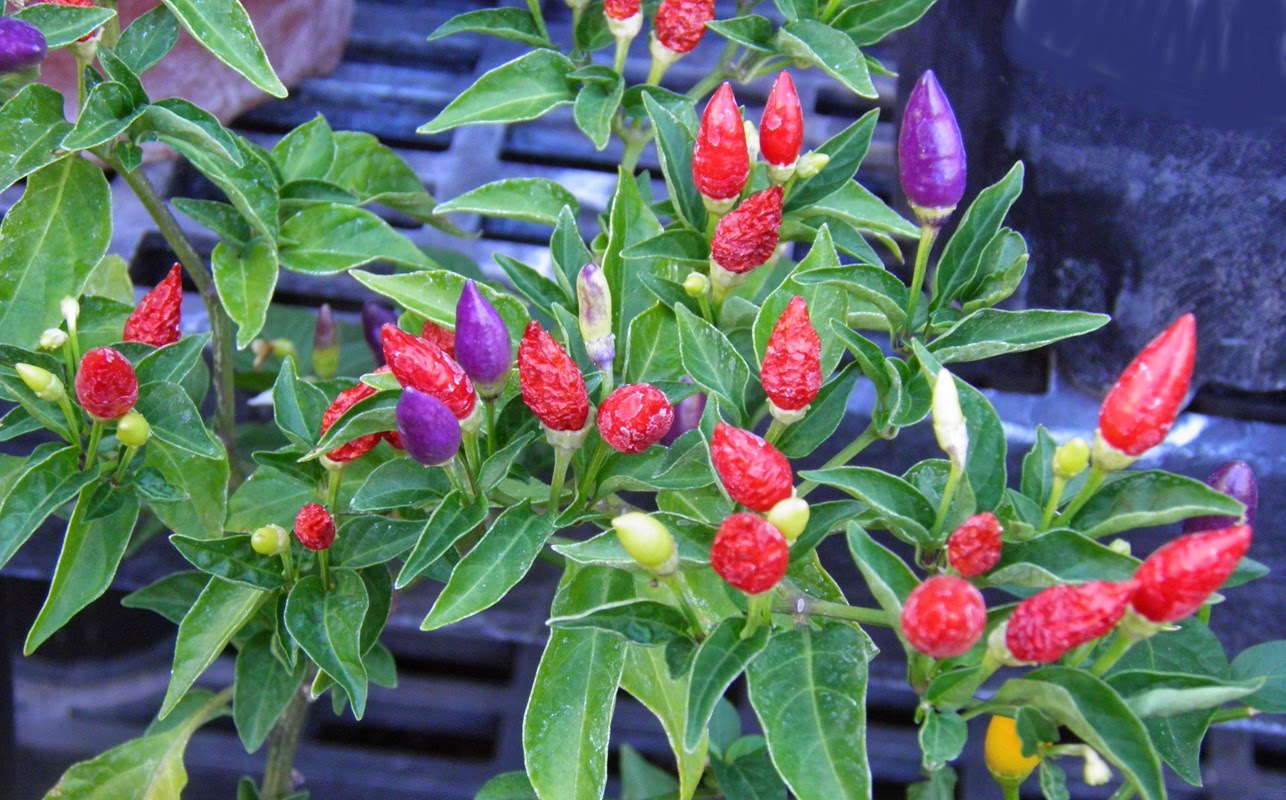 Today I delivered 20 little canvas prints of my paintings to the gift shop of Tohono Chul Park on the north side of Tucson. I did not have time to wander through the park itself, but I checked out their assortment of different Chiltepin Peppers in the green house. The chilly pepper festival was last weekend, and there were several beauties left over that I would love to raise next year.

Last night the temperatures dipped below 40 F for the first time this fall. But I still found some interesting and photogenic insects 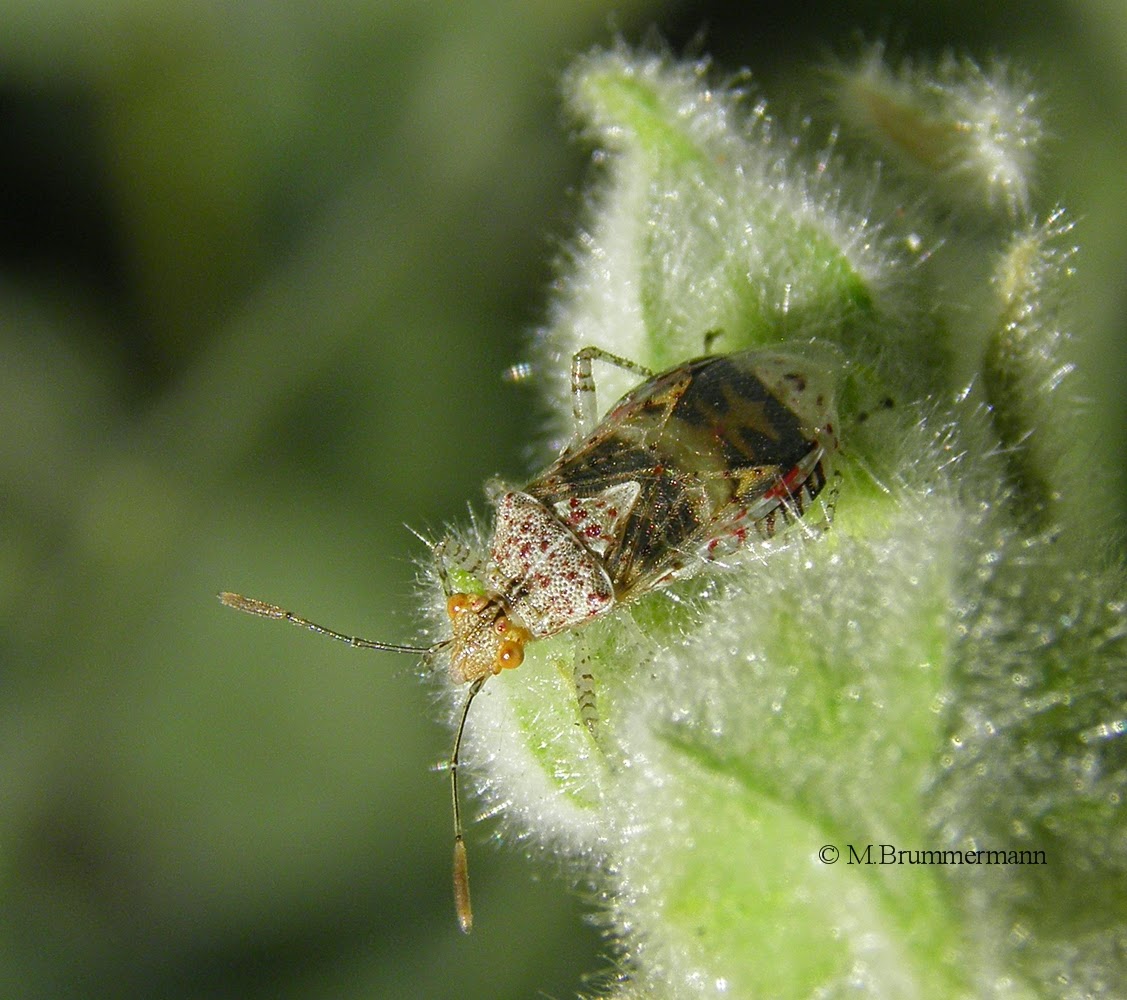 The light was perfect for the Rhopalid (Scentless Plant Bug) Niesthrea louisianica on its velvety perch. 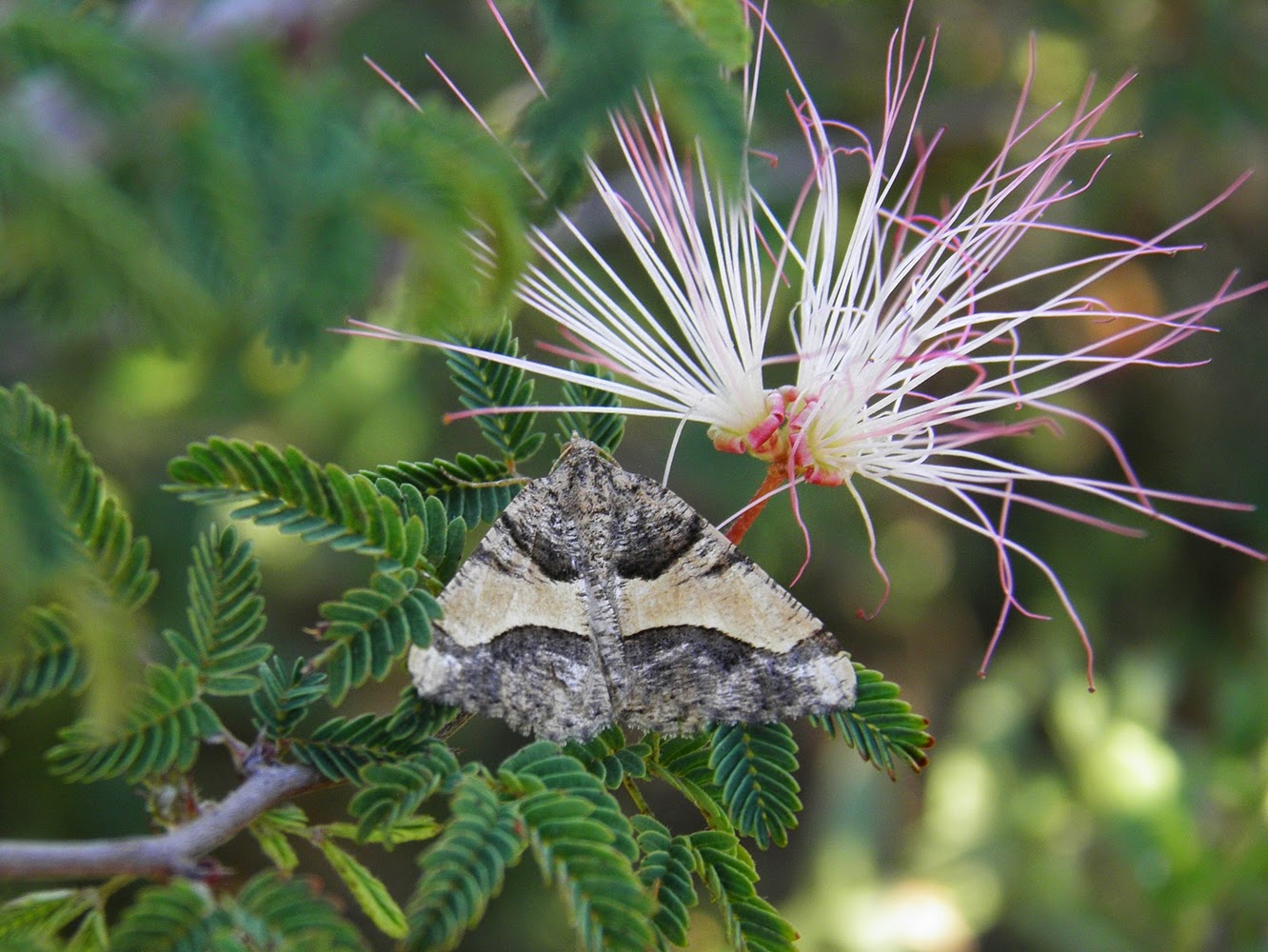 Moths were already getting active in shady areas like this Rindgea hypaethrata  on a Fairy Duster that was experiencing Spring in November. 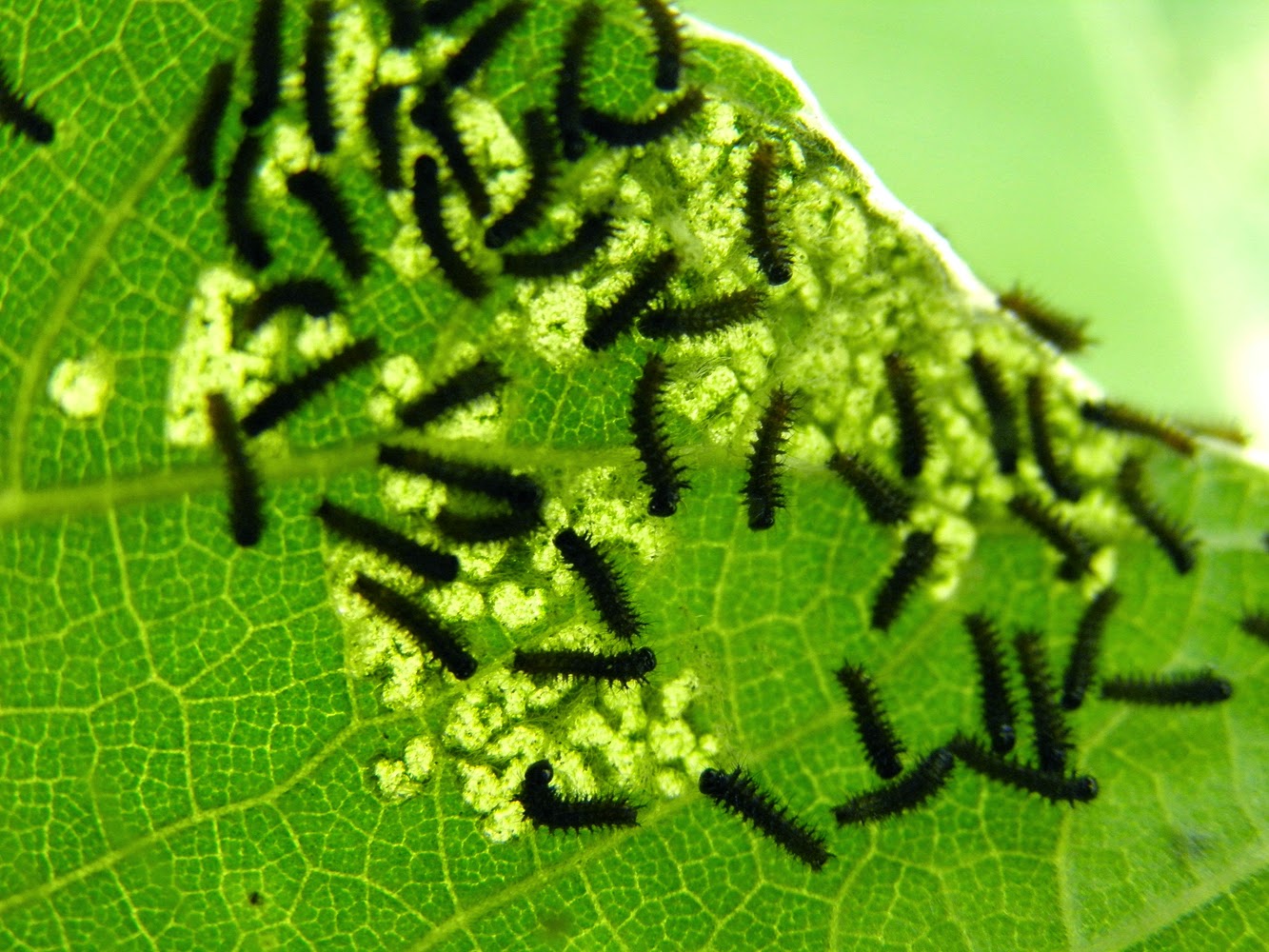 A clutch of freshly hatched Bordered Patch caterpillars was skeletonizing a sunflower leaf.  They will to eat quickly now in case it really gets colder and their leave shrivels up. 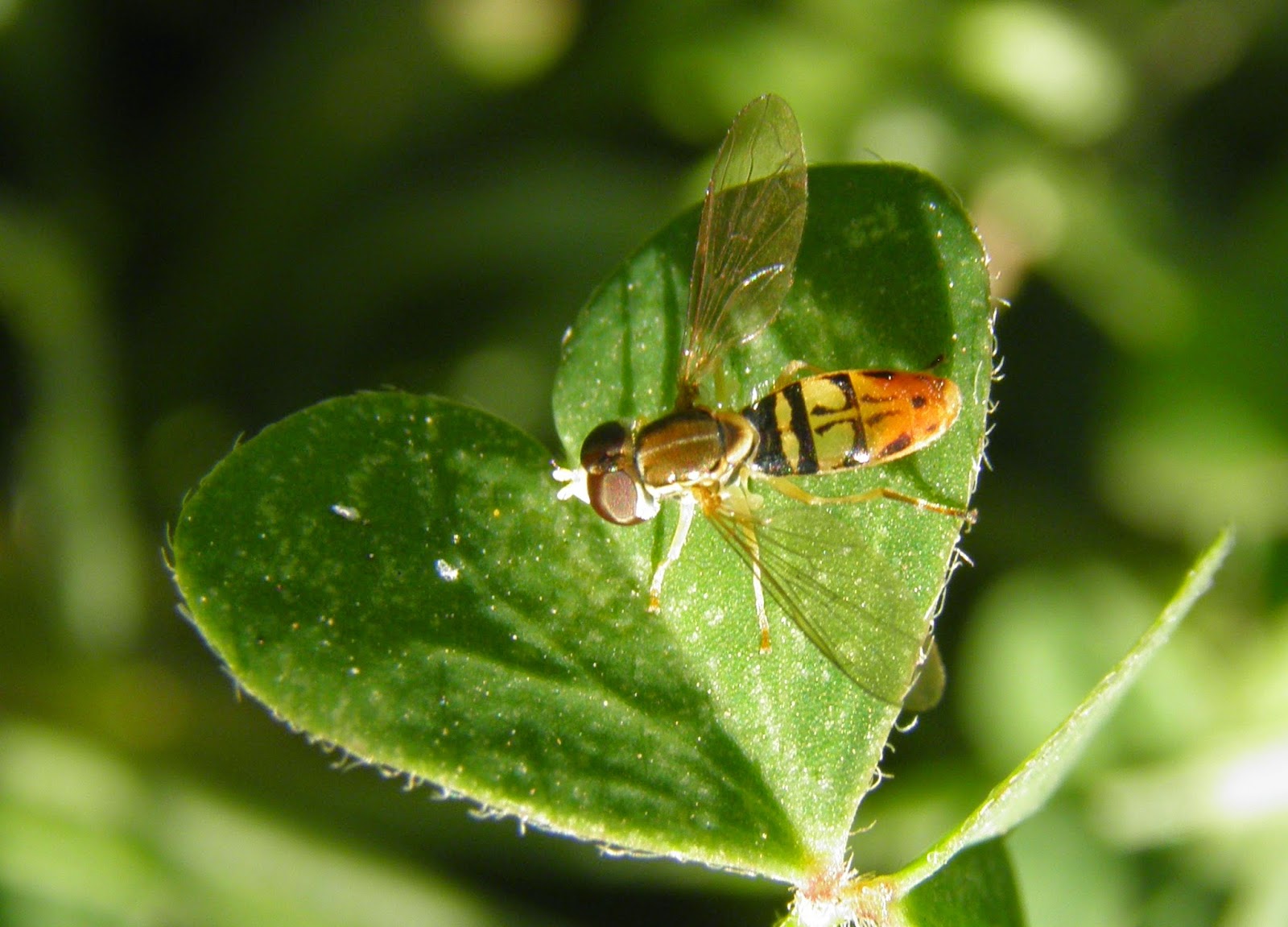 They may have to worry also about this tiny syrphid fly Toxomerus marginatus . While the adults feed on nectar and pollen, the larvae are voracious predators of aphids, thrips, small caterpillars. 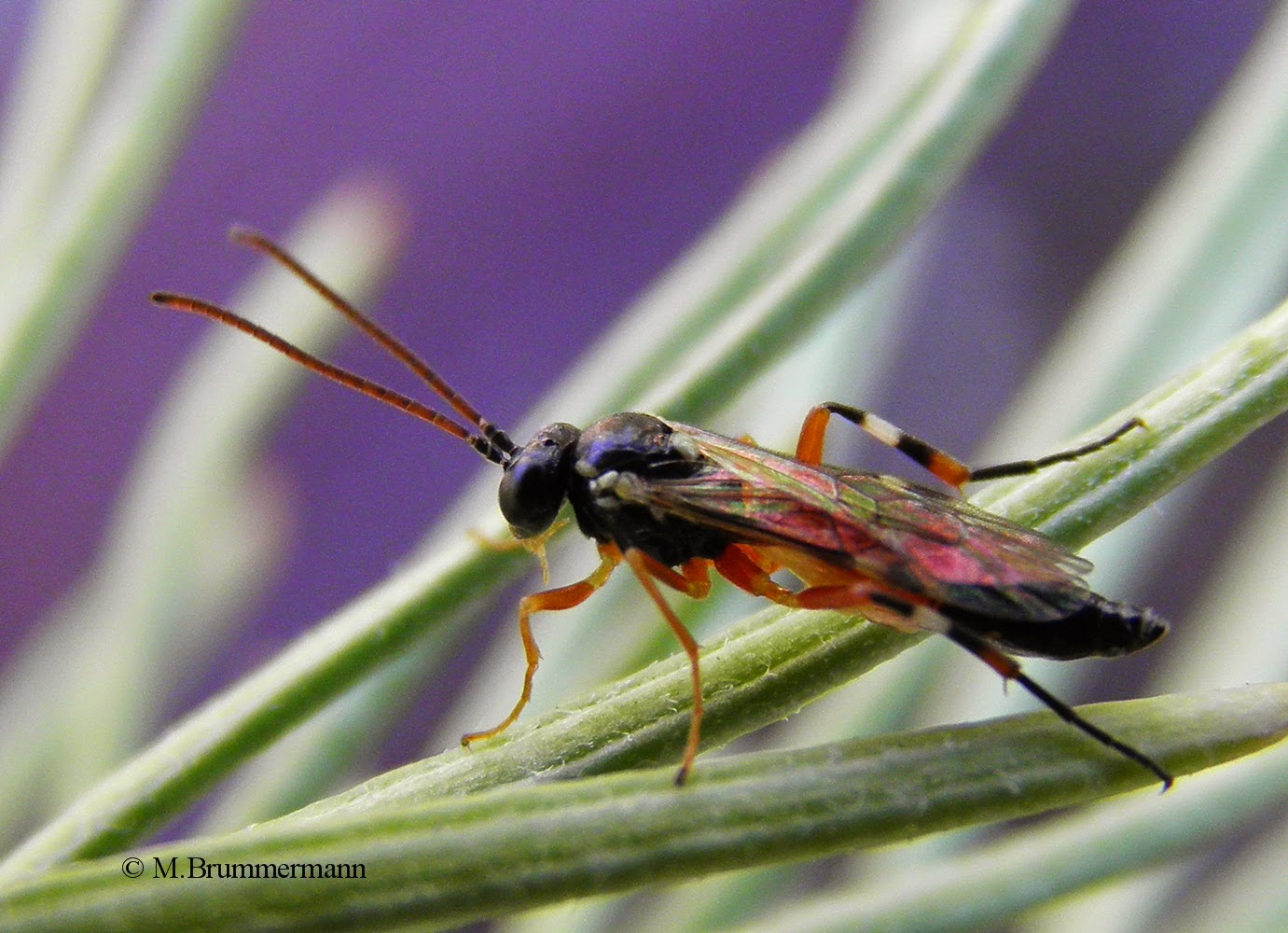 But even those predators are not safe: Close by, I found a pretty little Ichneumonid wasp that may be in the subfamily Diplazontinae. If so, its  host are aphidophagous Syrphid larvae.
Posted by Margarethe Brummermann at 10:47 PM