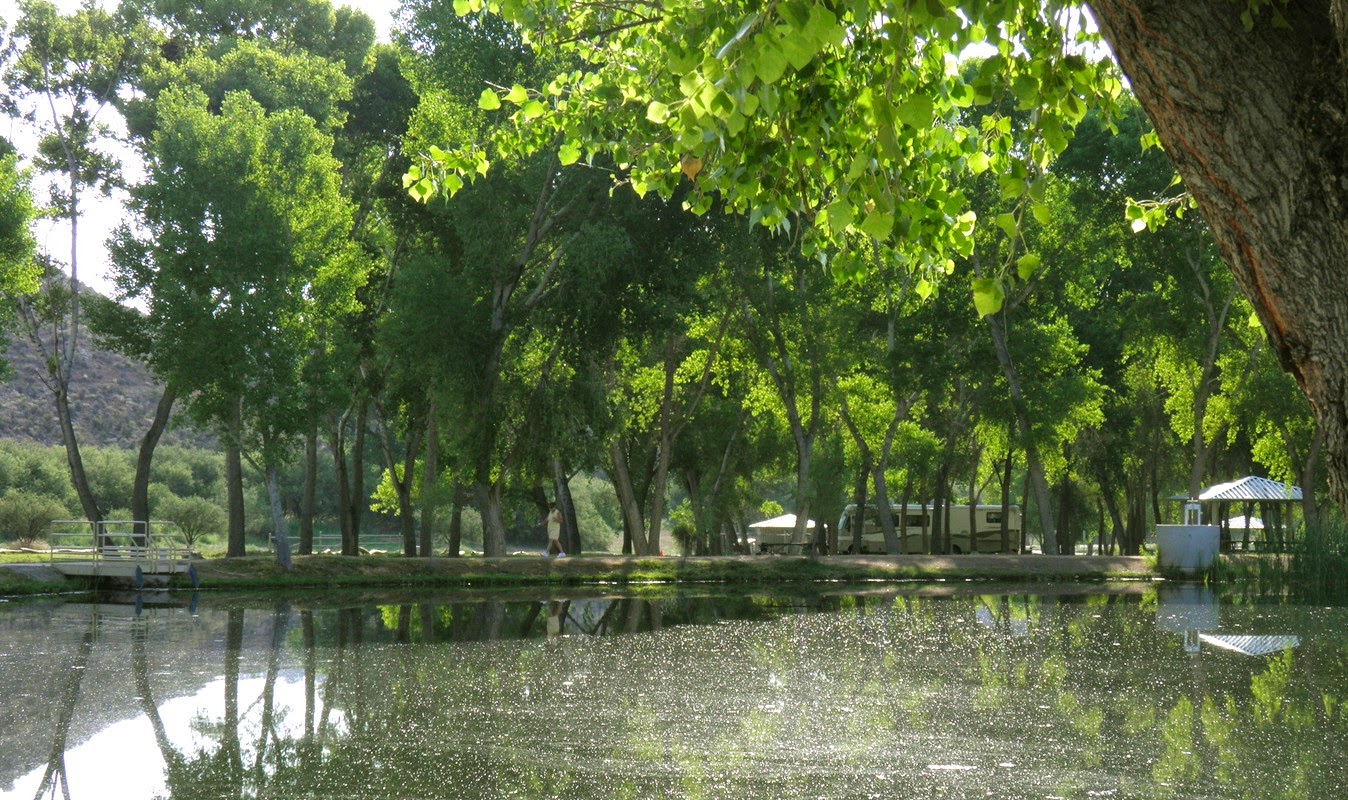 For my latest Bug Safari I met fellow beetle enthusiasts from Belgium at Dead Horse State Park near Cottonwood in Northern Arizona.  Bernard and Erika and their two daughters had been cruising  the Southwest, visiting our greatest geological attractions like Brice Canyon and Grand Canyon, but also on the look-out for interesting beetle species to photograph. Here is a link to Bernard's exceptionally beautiful work on his own website.
Dead Horse State Park is a lush, if in places too prettily groomed, part of the Coconino National Forest It encompasses a stretch of the Verde River close to the town of Cottonwood. Artificial lagoons are created for anglers, and the cattails are kept in check and the grass on the banks is clipped short so those anglers have easy access to the doubtlessly constantly restocked population of fish. 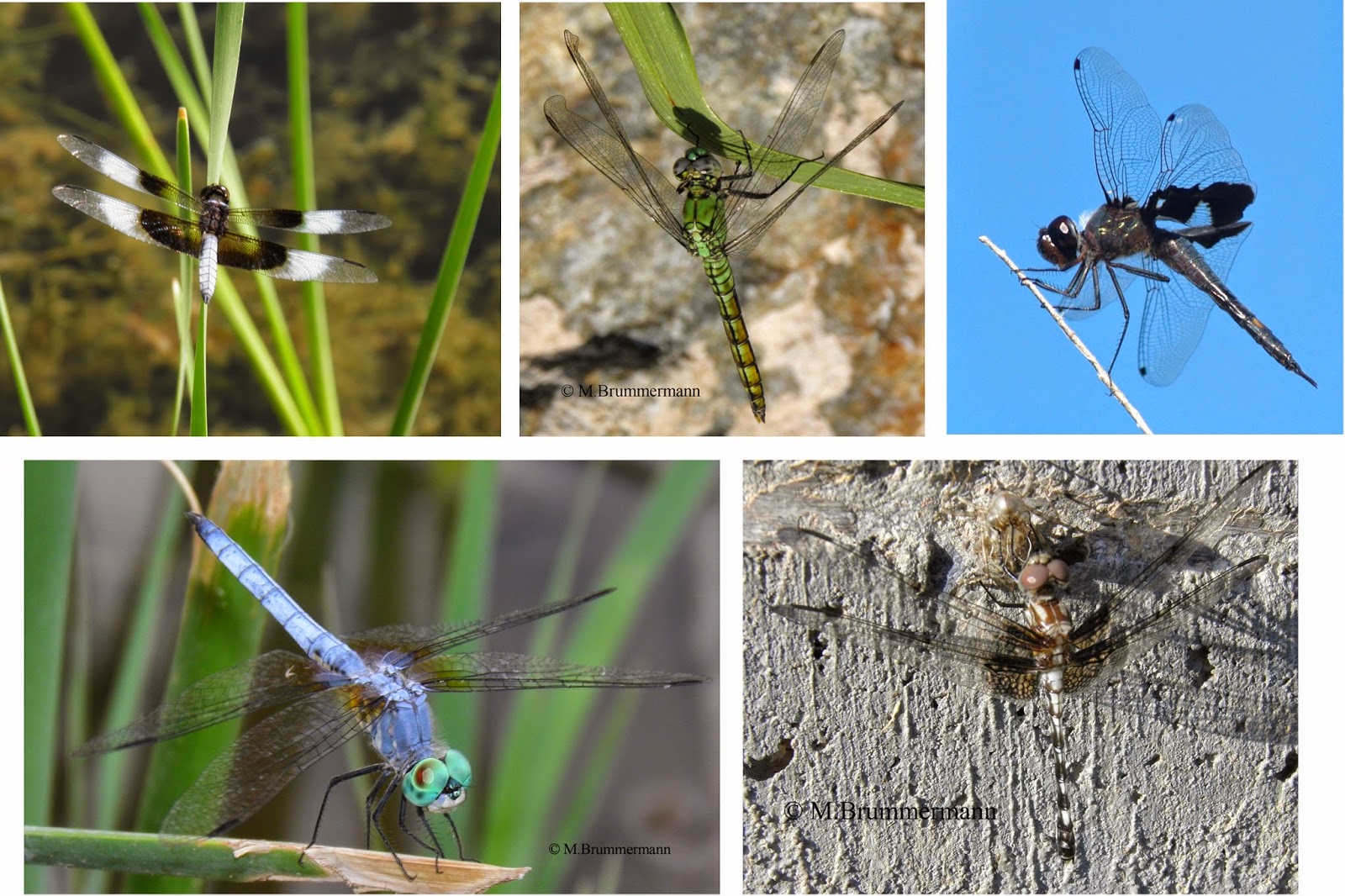 Countless dragonflies were hunting and competing for the few available perches. Even better, several species of Tiger Beetles were enjoying the sandy footpaths. Bernard is a carabid specialist and we had come to this park in hopes of finding several of the low desert species that had eluded him on the higher parts of the Colorado Plateau.

After a short monsoon down-poor, our first species was dark, small and active, blending very nicely with all the Harvester Ants that also frequented an open, sandy path: Cylindra viridistica. I had seen it at lights in my equally sandy backyard, but the similarity to those fierce ants had not occured to me because we don't have those on our property. Like most tiger beetles, these were charismatic and photogenic, if tiny. We loved the subtle pattern of their dark elytra. 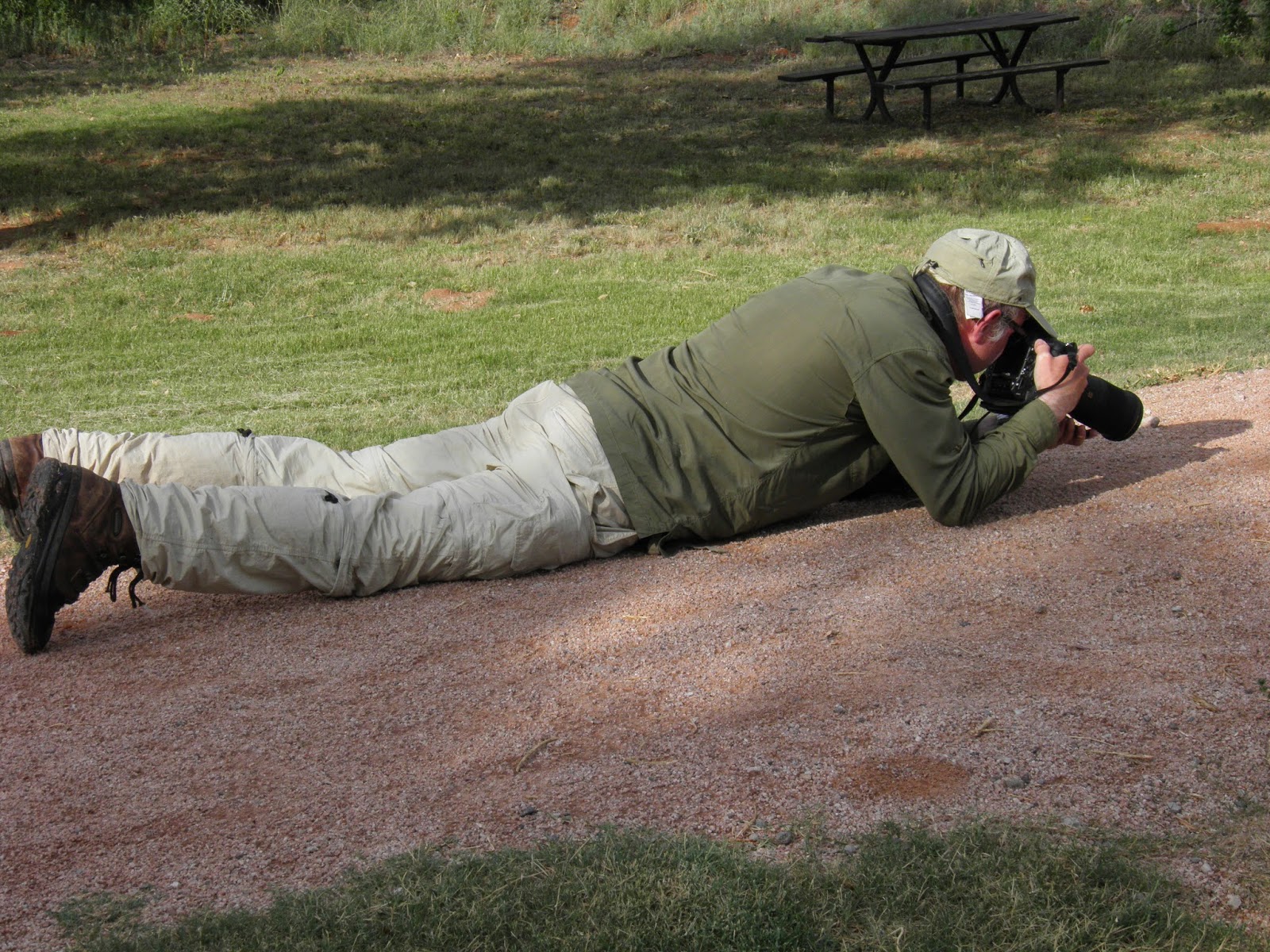 While his daughters were adeptly catching specimens, Bernard was soon lying down among the ants with his camera to shoot the beetles in their natural habitat. 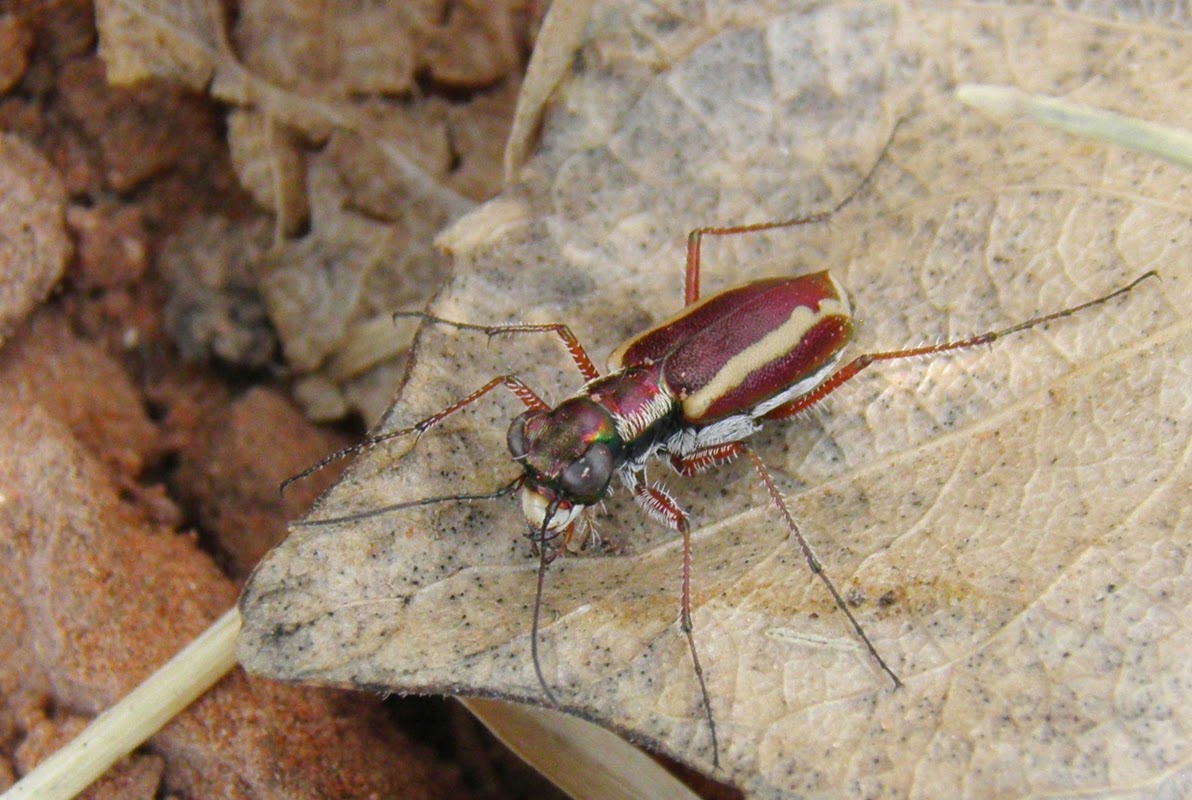 Around sunset Bernard found Cylindera lemniscata running around in great numbers in open areas with little vegetation where those tiny desert tigers were perfectly camouflaged by their colors that matched the pebbly soil. 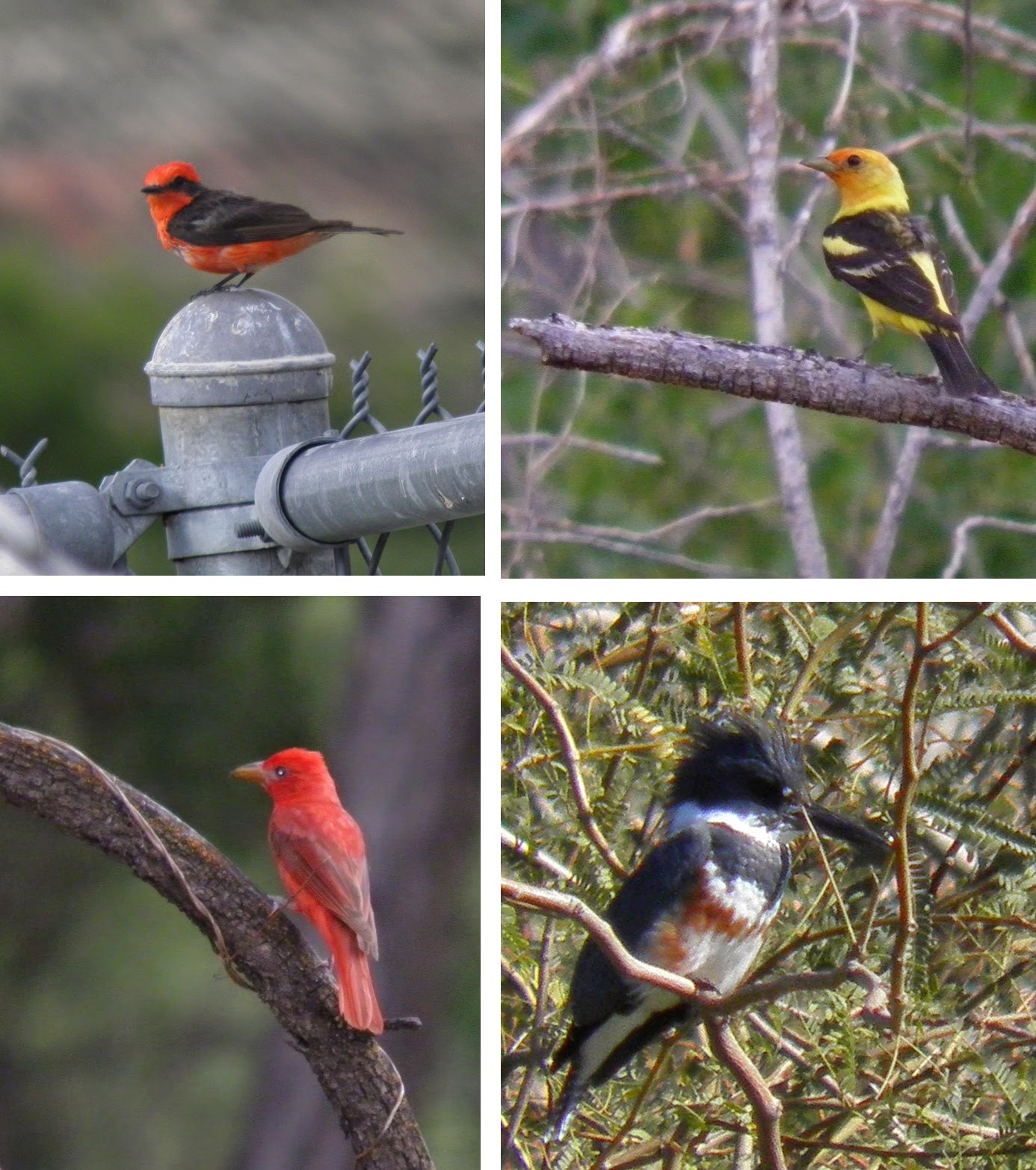 In contrast with those 'developed' areas of the park, along the Verde River, there is rather undisturbed Cottonwood and Willow riparian gallery forest, a rich and rather unique ecosystem. A number of insect feeding bird species and the rustling of many lizards in the leaf litter hinted at a rich fauna of arthropods.

Unfortunately, the monsoon rains had been very sparse so far and the grounds looked still completely dry. Very few flowers were blooming, only Datura, Silverleaf Night shade and a tall, yellow blooming leguminous plant were attracting interesting wasps and beetles. 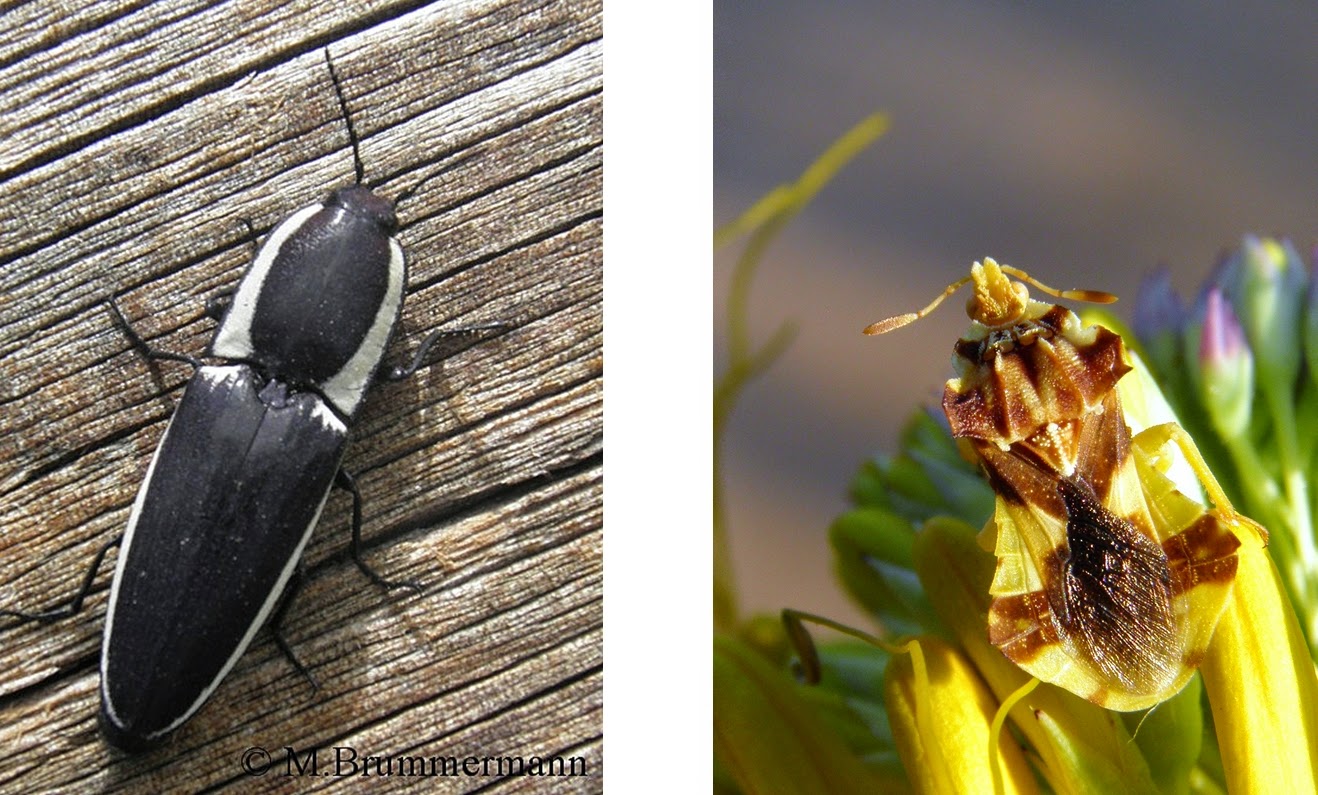 We saw several big click beetles in flight and the air was positively buzzing with Green Fig Beetles that were drawn to the sap oozing from several Desert Willow branches. 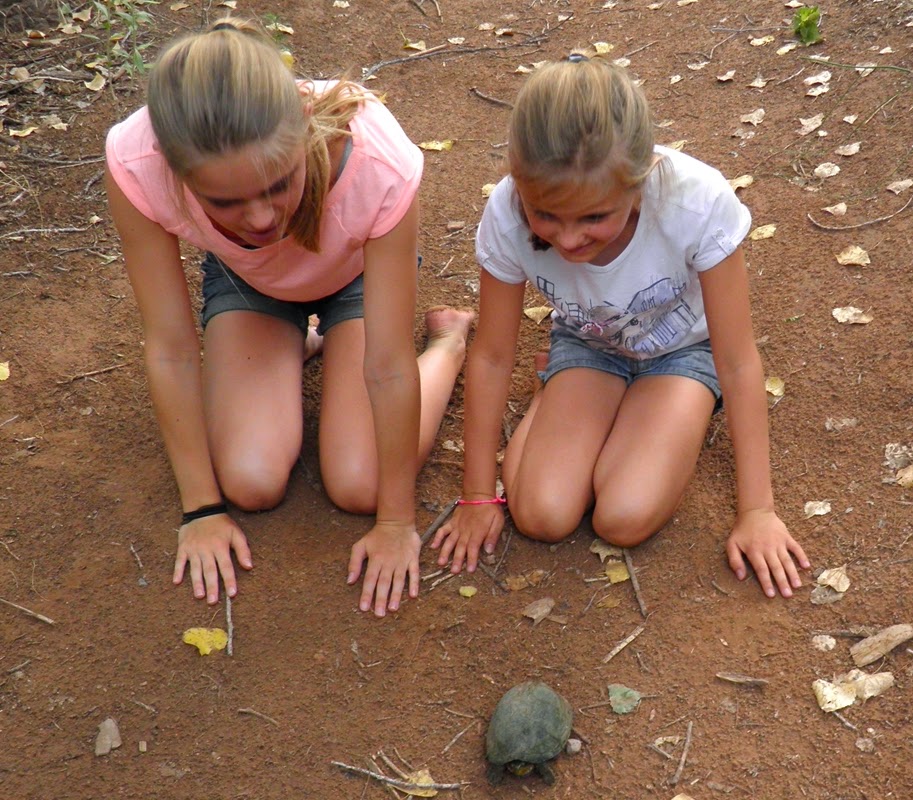 Splashing through clear running tributaries of the river, Jade en Merel found an Arizona Mud Turtle, which promptly withdrew it's head and closed its shell with the movable front part of its undershell. Then it surprised us with its intensely unpleasant smell. Still, we were all fond of the little guy! 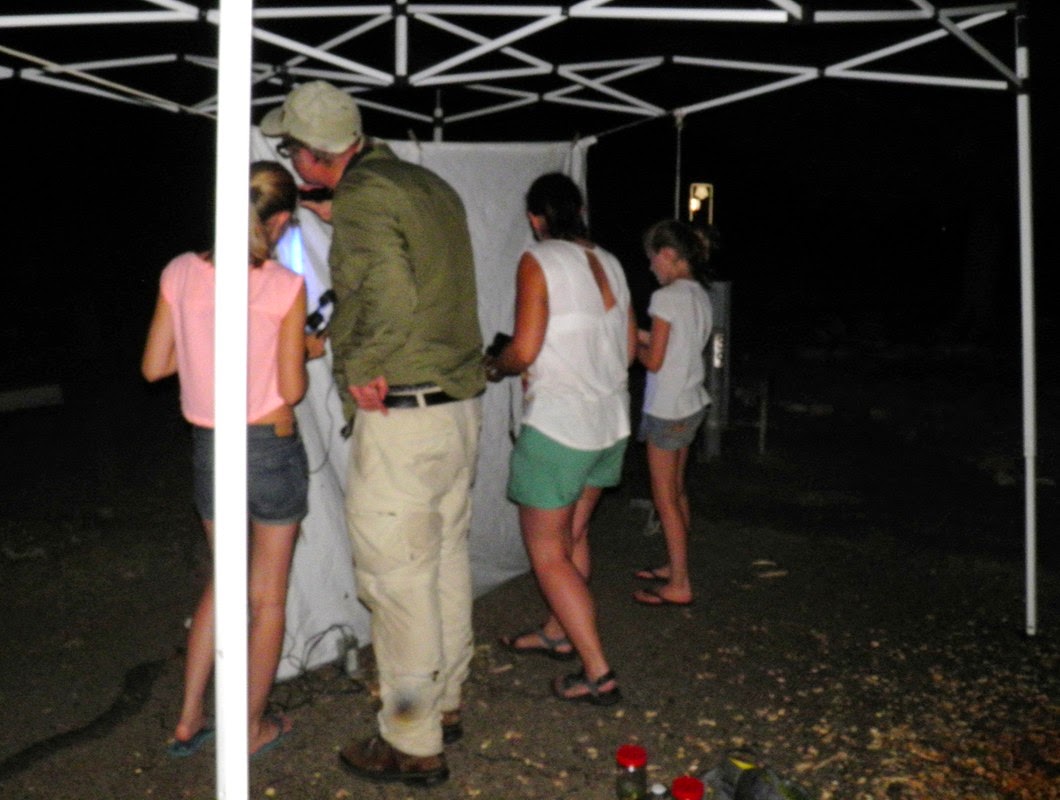 At sunset I set up our black light in the campground to have access to electricity (generators were not allowed). 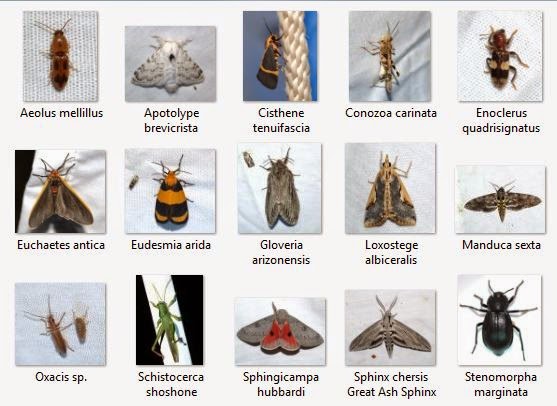 As that area was rather far from the river and the natural vegetation was dominated by creosote, mesquite and desert willows, we attracted mostly desert species that I knew quite well. 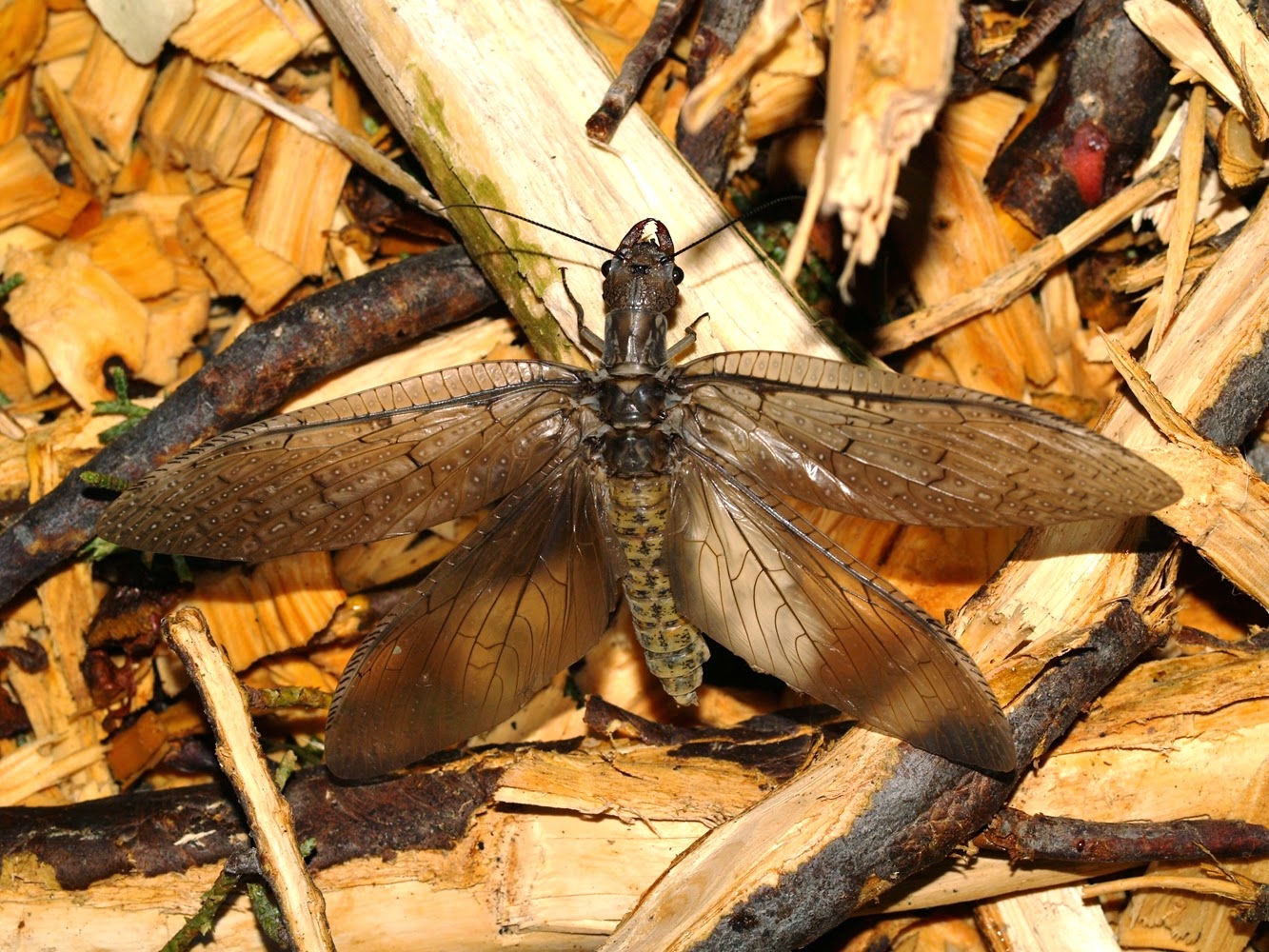 But several more typically riparian insects appeared too, like two big Dobson Flies,  Cryptocephalus leucomelas that frequents willows and cottonwood, the cottonwood feeder Cotalpa consobrina, The largest Polyphylla decemlineata (?) that I have ever seen, and Orizabus clunalis. 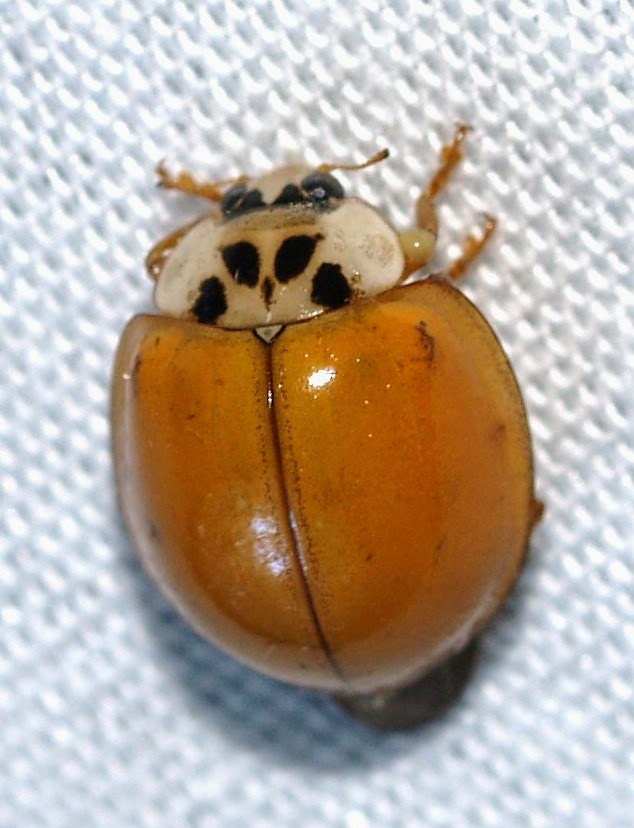 The discovery of the first Asian Ladybug at least as far as BugGuide contributions is concerned was not quite so positive - until now we had been hoping that Arizona, with its very special climate, might not be overrun by this introduced species. It is still possible that those beetles will stay out of our desert areas at least. 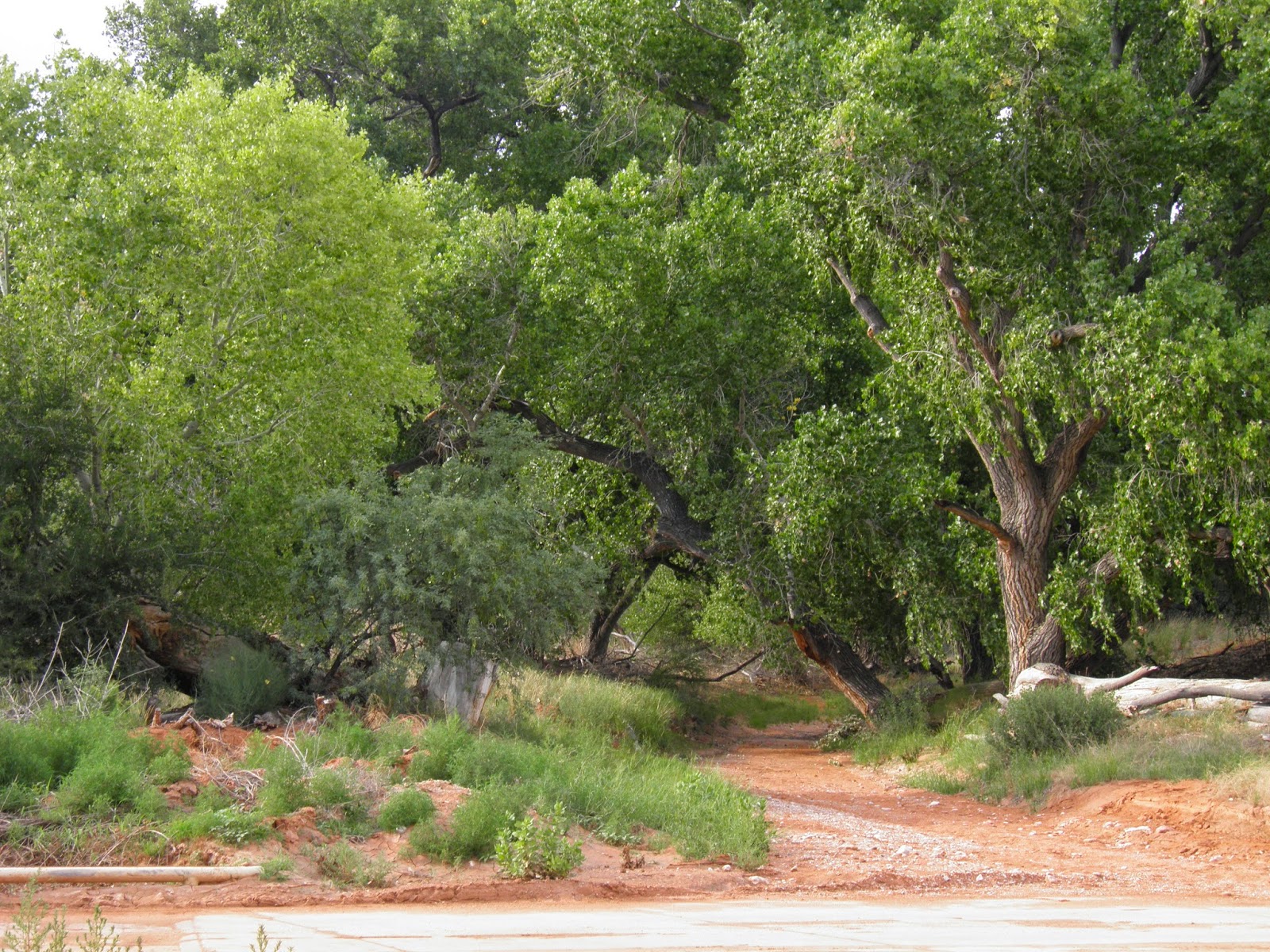 Bernard and I spend the next day photographing beetles that he brought from the North Rim of the Grand Canyon and several that I had collected at Madera Canyon. His technique differs from that of most insect photographers and the results are very convincing. I will hopefully have time to show at least my own attempts in another blog. As usual, this time of the year is super busy and I am leaving tomorrow morning very early to set up my art booth at Southwest Wings in Sierra Vista where I will also give a powerpost presentation about AZ insects and in the evening of the 1st of August invite the public to join me at my black light at the Nature Preserve in Ramsey Canyon.
Posted by Margarethe Brummermann at 10:34 PM