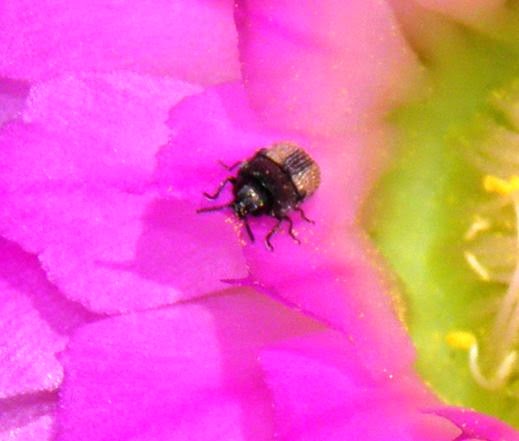 Sometimes I receive photos for insect identification that are less than perfect. This one came from a biological survey in the Ajo Mountains of Sonora Mexico. The main topic of the photo was the Echinocereus  pseudopectinatus flower and the beetle was only discovered when the photo was edited. So it was very distorted and  nobody could go back to take a proper dorsal shot. 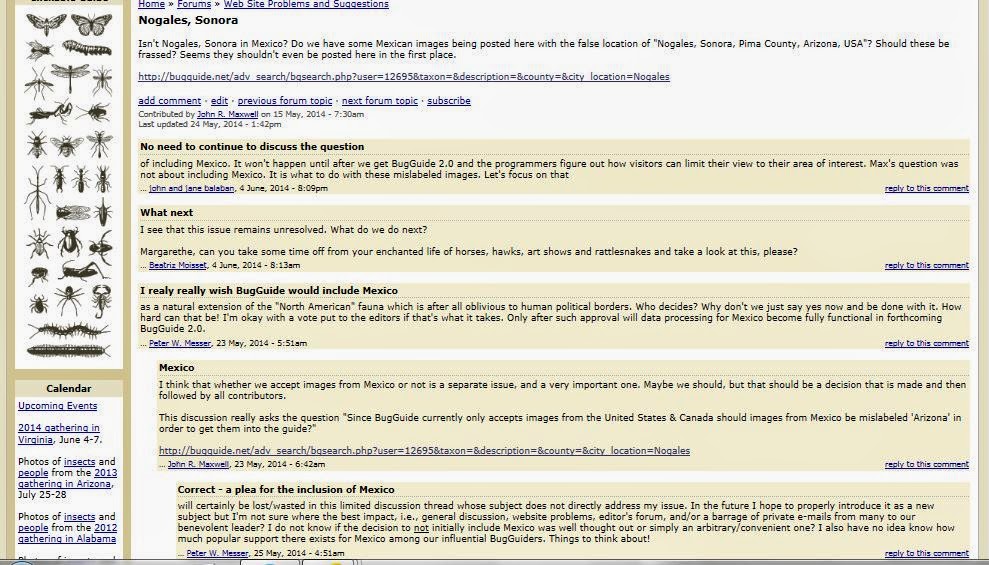 Since the photo was taken across the border of Mexico, in fact just south of the Chiricahua Mountains of Cochise County, AZ, I was not allowed to post it on BugGuide - I had been seriously chastened for doing so before. We take our political borders seriously here!
So I posted it on facebook where I can luckily draw on the brain power of coleopterists like Henry Hespenheide, Mike Quinn and friend Robert Velten and Art Evans who just published another great book on beetles. 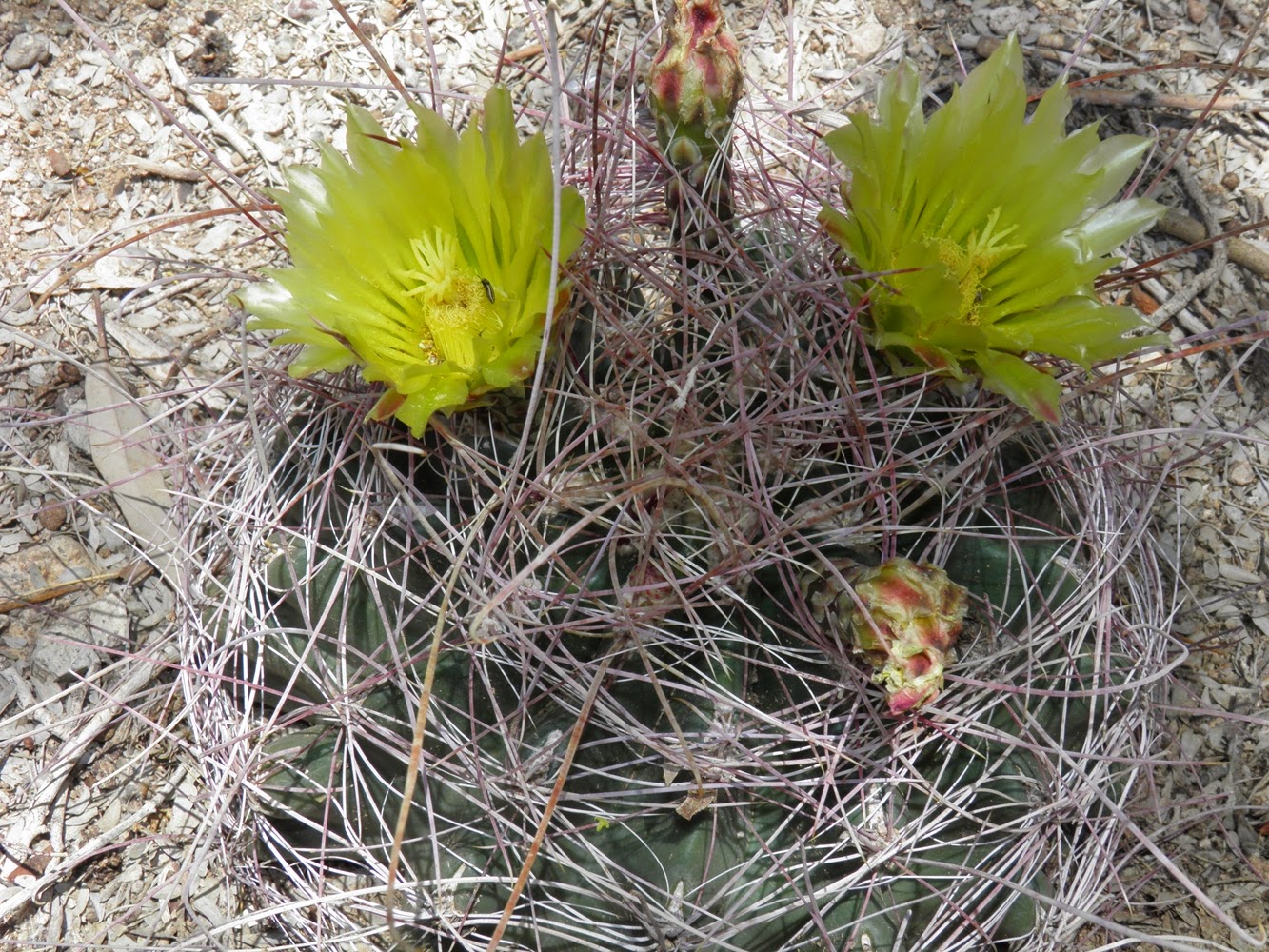 After posting the photo, I went outside to photograph the big yellow flowers of a little barrel cactus with very long spines - not our local species but one of my xerophytic imports that like the desert here well enough to bloom. It may be Ferocactus rectispinus from Baha California. 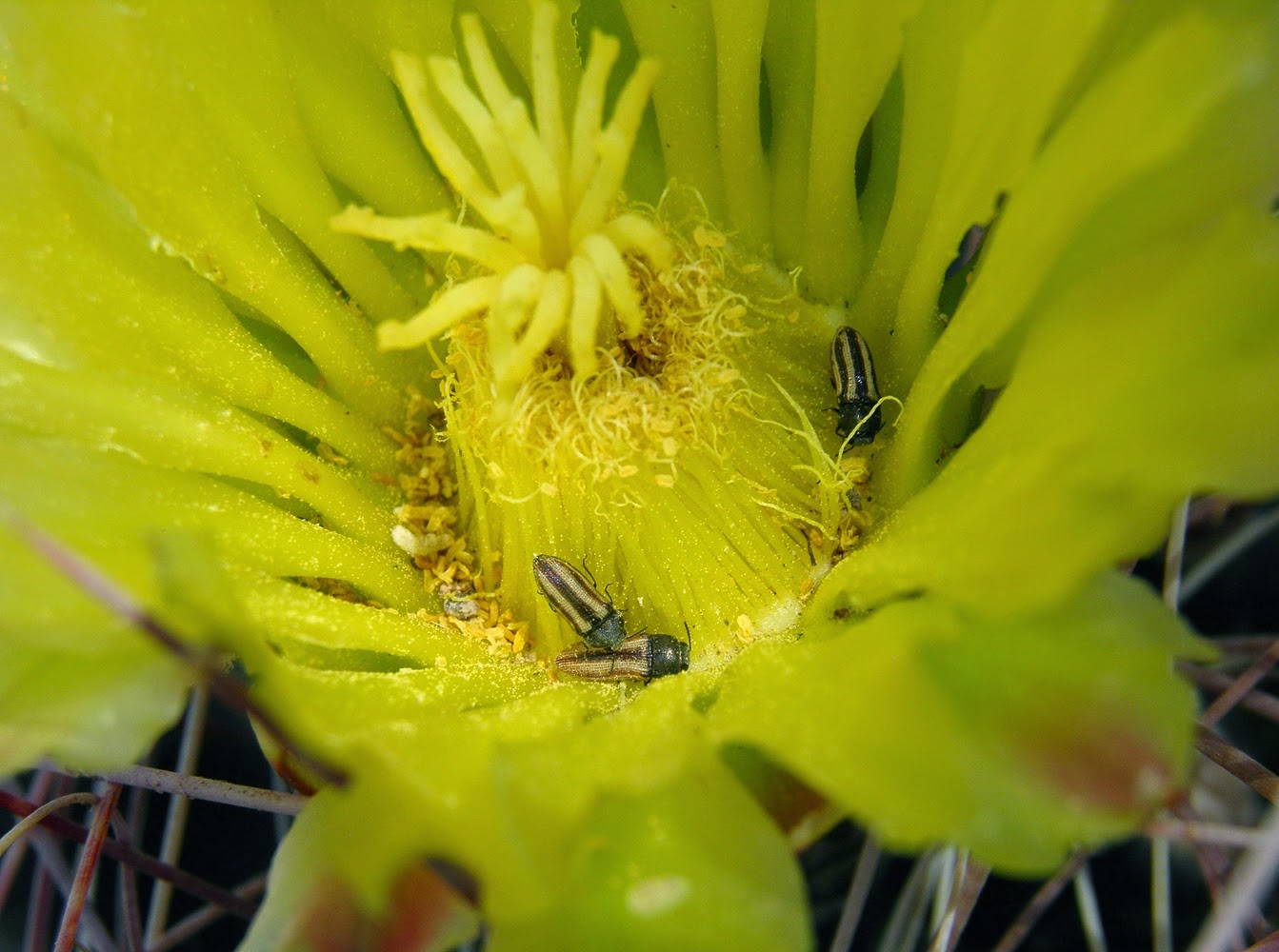 When I noticed some small beetles in those flowers I crawled closer through spiny ironwood branches and thorny agave clusters. There were mating pairs of small elongate beetles with dark stripes along the elytra: a tiny species of buprestids (Metallic Woodboring Beetles) in the genus Acmaeodera. I recognized them from the desert museum, where I had found them on yellow composite flowers like Desert Marigolds. They are Acmaeodera quadrivittatoides  Obviously, plant a yellow July-bloomer, and they'll come, even if it is a slightly outlandish species of cacti. I suddenly remembered the mystery photo which also had been taken on a cactus flower. In German we say 'der Groschen ist gefallen' when we have the sudden aha-effect that I experienced.

When I opened my fb page again, the experts there  had reached the solution a while before me and without Mother Nature's prompting, but at least we all arrived at the same solution. Great minds...

Posted by Margarethe Brummermann at 5:15 PM