Our friend Frank planted an Olive Tree in his backyard in Picture Rocks, Arizona. Then, being in the plumbing trade, he staked it with copper tubing. A Giant Crab Spider, Olios giganteus, moved into the copper pipe, but kept hiding from my camera. 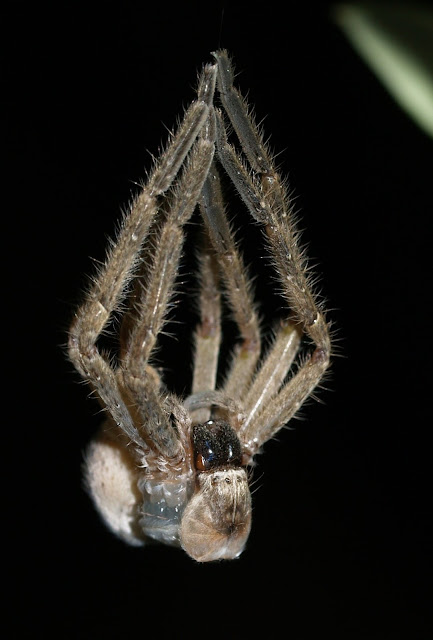 I kept trying. Then one night, Randy and I found the spider hanging upside down, hog-tied by its own thread. What was going on? I'd never seen this species spinning any silk before. Then I noticed: Its carapax looked funny as if the tegment (dorsal part) had come loose like the lid of a can. 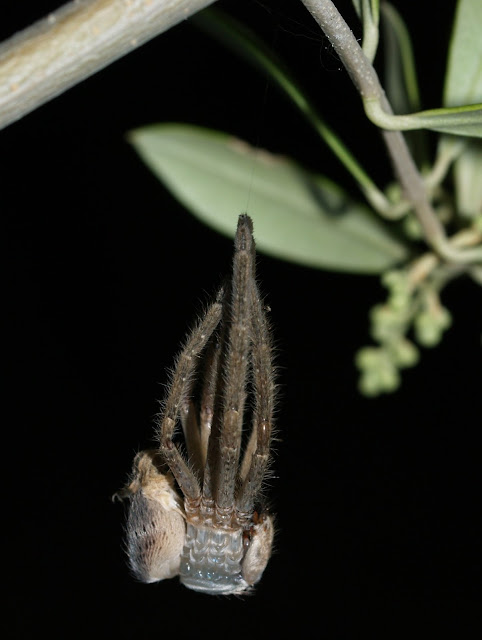 The side view was clearer: the spider was molting. The transparent grey part is the emerging spider in its new skin. Like insects, spiders have stiff  chitinous exoskeletons that cover at least the thorax and the extremities. Muscles attach to the inside, sensory hairs sit on the outside, The cuticula even  gives structure to tracheas and lungs, and it forms sharp claws and scelicera. But it is rigid when fully hardened and needs to be shed periodically for the spider to grow.


Controlled by hormones, a complete new skin is formed under the old one. This includes sensory hairs, claws, even the lenses of the eyes. Molting fluid separates the two layers. The old carapax opens at certain seams, and, like a butterfly escaping the chrysalis, the hanging spider uses gravity's force to pull out of the old skin. It has to happen this way because the new skin is still so soft that the spider's muscles have nothing to work against and are useless.


The abdomen of spiders is never covered in a hardened exoskeleton. This part of the body often shrinks or expands depending on the spiders hydration or nourishment status, or when the female is pregnant. But the abdominal skin is also included in the molt, maybe so the spider emerges with a fully renewed set of sensory hairs that cover the entire body.


Suddenly the palps fall forward one by one and their swollen distal parts reveal that this is now a mature a male. He will fill the blueish genital bulbs with seminal fluid from his abdomen. Then he will keep the sperm in his palps until he finds a female that allows him after elaborate courtship to  transfer a spermatophore into her spermatheca. Male palps and female epigyna (cover and opening of the spermatheca) differ greatly from spcies to species and allow sex only among members of the same species.
If you look closely, you can see the exuvia of the old palps just above the old chelicerae, and there were no genital bulbs. This means that this guy just went through puberty with this molt! 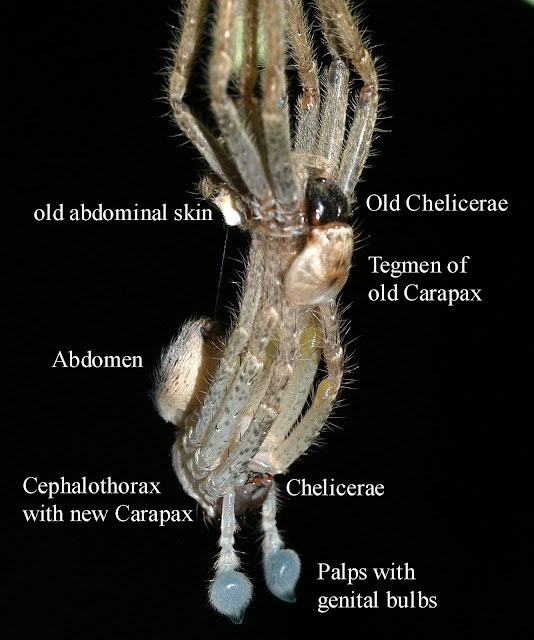 I was watching the progress of the molt now for more than 15 minutes (I carry no watch, but Randy had long left for home because he is not THAT interested in bugs and he can always look at my photos later)....
The spider was now wiggling slightly and rotating on its silk thread because his center of gravity began to shift when his long legs pulled free. 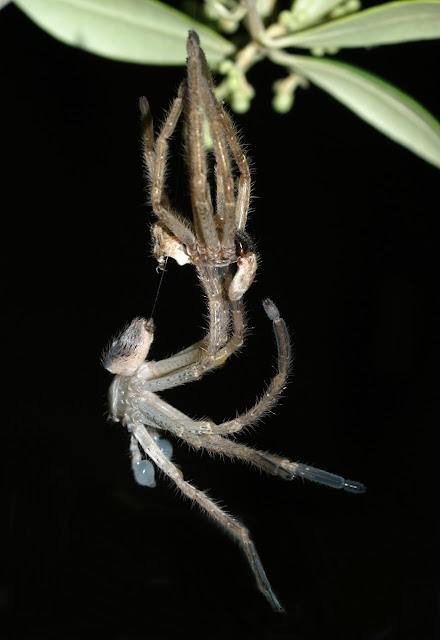 After he had pulled completely free from his exuvia, the spider stayed suspended from his silk line. All extremities were extended. The new skin now needed to harden and dry to become a functional exoskeleton, pigmentation would mature, and I had reached the end of my camera's battery life.


I wanted to come back in the morning to claim the exuvia. I was hoping to see how a spider's complex book lungs are represented in the old cuticula. But in the morning there was no trace left of the night's miracle. I did meet Mr. Giant Crab Spider sitting proudly on his copper pipe though.

Since he was again shy of having his portrait taken, I am showing instead Randy Hardy's spectacular photo of a female Giant Crab Spider. For scale, the scarab beetle (Cyclocephala melanocephala) in her fangs is about 10 mm long (little less than a half inch). Next to her huge black chelicerae her palps are visible,which in females look just like a pair of short extra legs. 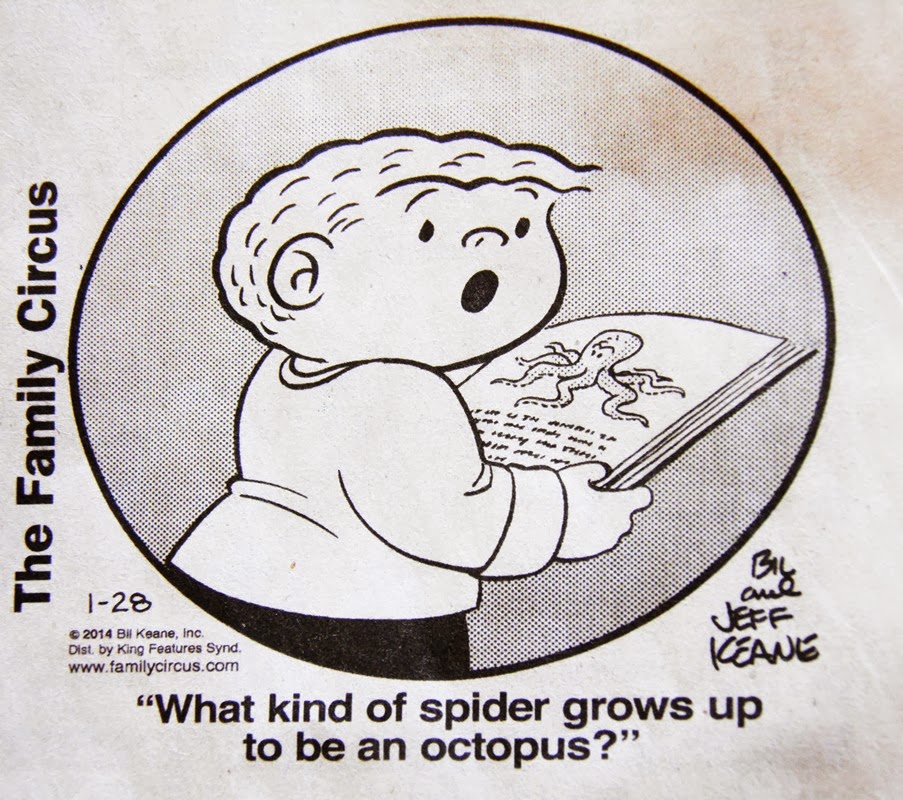 Posted by Margarethe Brummermann at 10:42 AM