Bat and Bug Night at the Santa Rita Experimental Range 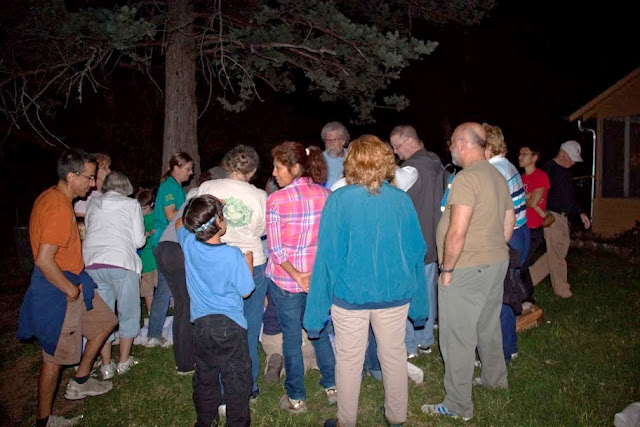 Last Saturday evening, Pima County Natural Resources and the Santa Rita Research Station of the University of Arizona hosted their annual insect event for the public, just one week after the spectacularly successful Arizona Insect Festival on Campus. 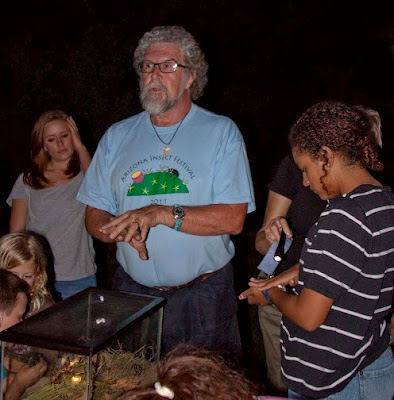 Carl Olson, Curator of the U of A Insect Collection for over 30 years, brought his vast experience plus a few Horse Lubbers left over from the festival. 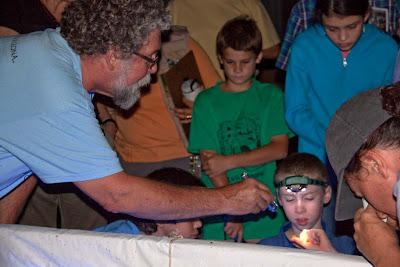 In addition, we were attracting and catching our own insects with the help of two black light stations on the grounds of the Experimental Range. 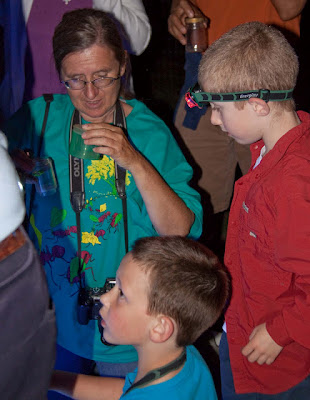 Florida Canyon lived up to its reputation and we got examples of many different orders of insects and several interesting spiders. I combined my photos in a set on flickr that you can access by clicking here. Click on 'detail' to see larger images with species identifications. 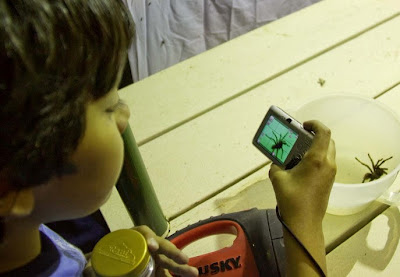 Mark Heitlinger, our gracious host, took most of the 'people photos' and also found a small tarantula that posed for many shots

Two impressive members of the order Orthoptera are usually present at Florida: the carnivorous katydid Capnobotes fuliginosus (Sooty Longwing) and the cute looking Jerusalem Cricket that can also bite quite fiercely (that round baby face is packed with muscles) 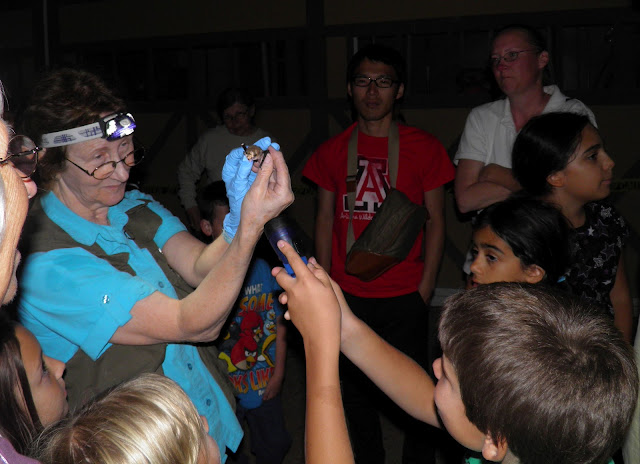 Rhonda Sidner was responsible for the 'bat' part of the evening. She added several specimens to the over thirty thousand that she has caught during her carrier and demonstrated gentle handling, not being bitten, identification, scientific processing, and finally releasing the little insectivores. I was surprised to learn that the order Chiroptera with 1240 species worldwide is one of the species-richest groups of the mammalian class. Rodents would have been my first guess, and indeed, they have over 2000 species. Oh, well, compare that to about 6000 known species of just beetles in Arizona alone!

Next Saturday, September 29, 10 am, also at the Experimental Range at Florida Canyon,
you are invited to the


Discovery Saturday talk:  It's a dry heat for insects too! How do hawk moths survive the desert of southern Arizona? by


Posted by Margarethe Brummermann at 4:11 PM