So I was planning to prepare fresh asparagus, new potatoes and chicken in a wine sauce with yogurt, champignons and herbes de provence. 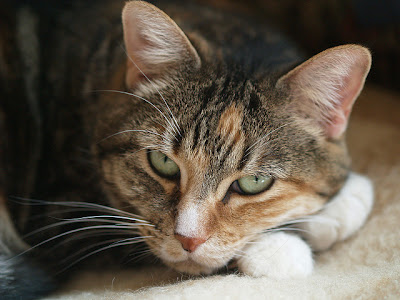 When I was breaking off the bottom parts of the asparagus spears, Randy called me into the laundry room because he heard a noise from behind the washer. We got one of the cats to guard the mouse. Hopefully. 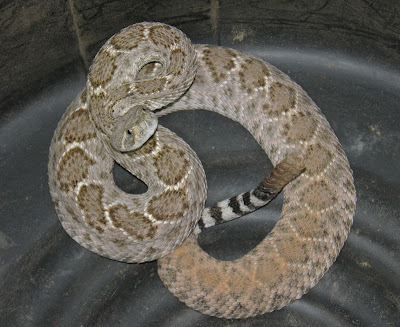 When the onions were sautéing (is that a word?) the dogs began barking outside. Rhythmical staccato. Now doubt, a rattle snake. This one turned out quite aggressive, avoiding the snake stick and striking at me instead. It took both of us to maneuver flash lights and sticks to get the snake into a bin til morning. 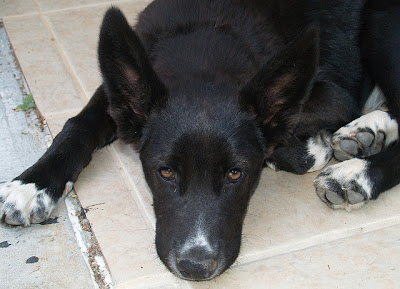 Frodo seemed quite subdued: the snake had ripped his ear. Snake bite number 7 for our coyote dog, the second one this summer. He'll never learn. To comfort him, he got the chicken carcass minus the weight-bearing bones. He finished it without hesitation. He'll survive. The onions were browned instead of caramelized. Oh well.


When I took the asparagus pan out of the wall cupboard, I saw a speck in it, not much larger than a big mosquito. But it turned out to be a small scorpion instead. Of a species that is new to me, the pattern is unusual, but judging from his hiding spot, I first thought  he might be a bark scorpion, the others don't climb that well. (I was wrong) It is a Superstitionia donensis. All his relatives live in caves. Maybe that's why he was in the cupboard? (Later I found plenty of them in Sabino Canyon under dead wood) At any rate, I took photos before releasing him. 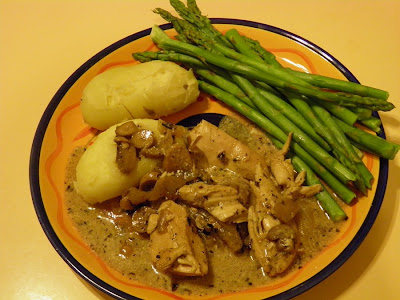 We had dinner a little later than planned, but it was very good! We ignored telemarketers on the phone and Great Horned Owls on the roof.

It turned out later that the scorpion was Superstitionia donensis
Posted by Margarethe Brummermann at 12:27 AM