Sure Signs of Spring

An old pecan grove at the Pinal Airfield used to be a great attraction to migrating birds, a so called migrant trap. But the irrigation of that grove has been so reduced over the last years that most of the trees died. So there were not many birds, but lots of fallen branches on the ground to give insects shelter. Tellingly, several woodpeckers and a Say's Phoebe were searching for prey. 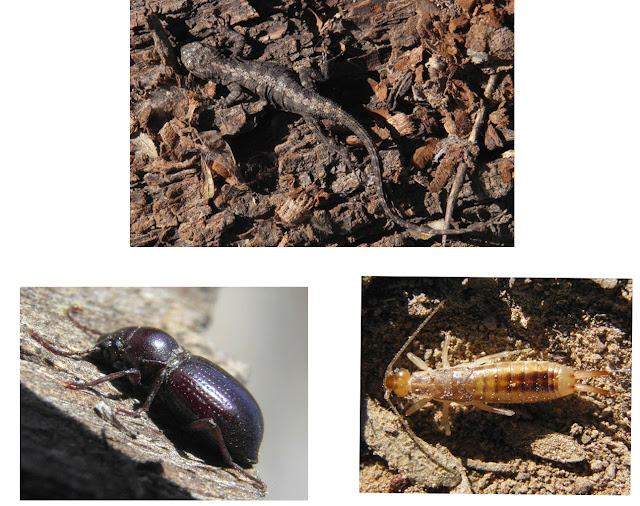 I turned some wood and found a tenebrionid beetle Triorophus sp., and a juvenile Labidura riparia (Shore Earwig) that was hiding in something reminding of the pupal chamber of a beetle. Next, I discovered several Pillbugs and a very shrunken, discolored lizard. 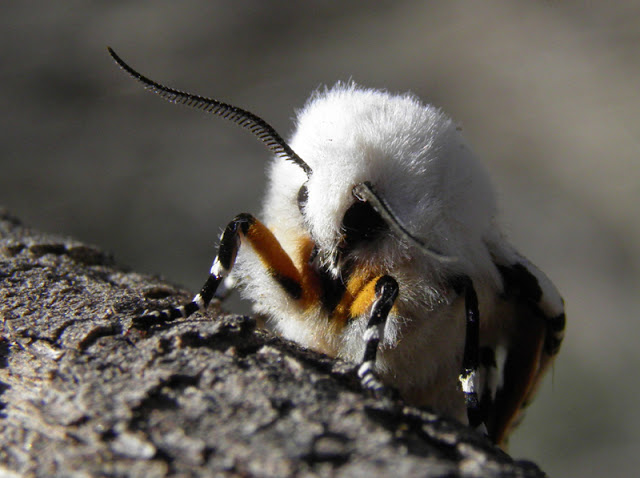 Then something moved and climbed onto my hand. A moth with only stubs for wings. It's color identified it as a newly eclosed Salt Marsh Moth whose wings were still very undeveloped.


Earlier I had found many hairy, dried caterpillar exuviae that were left from the molt that initiated pupation last fall.  The moths then hibernated in the pupa stage (Moths are, like Butterflies, holometabolic, meaning their developmental stages start with the egg, proceed through several stages as a ever growing caterpillar, to the pupa from which emerges eventually the fully formed, but not yet fully 'inflated' adult moth).
The young moth squirted a stream of brown liquid on my hand, the meconium. The meconium is usually expelled when the wings are fully inflated, so I was worried that I had disturbed the moth at a critical time and caused it to lose too much fluid too early, but as I watched, the wings stretched and grew and started to resemble their final shape. To aid the process, the moth moved into a position which allowed gravity to help inflating the wings and folded them like a butterfly would - a position that is rarely seen in this moth after the wings are hardened.

I have raised other moths from caterpillars before, and although I find the process magical and very worth watching, I usually miss the last stages of wing stretching because it just takes too long. This active little guy went from 'wingless worm' to flight-ready moth in little more than half an hour. 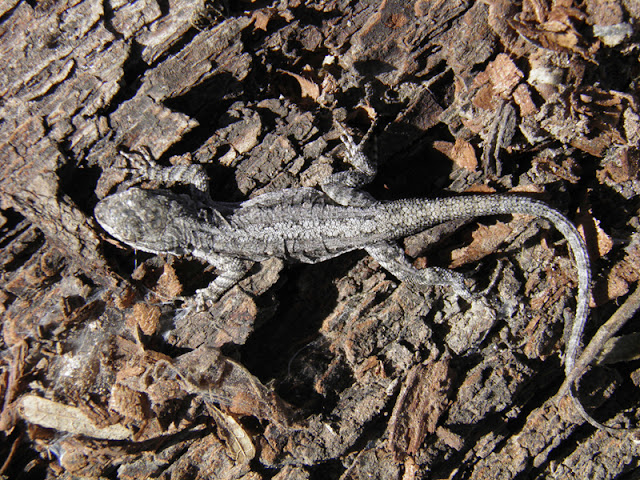 By then the young earwig had withdrawn into a crevice, the darkling beetle was still looking for a shady place, and the lizard had recovered in the warm sunshine, filled out his wrinkly skin and regained the color pattern of his species,  the Ornate Tree Lizard.
Posted by Margarethe Brummermann at 12:17 PM