Through the Grasslands of Santa Cruz County 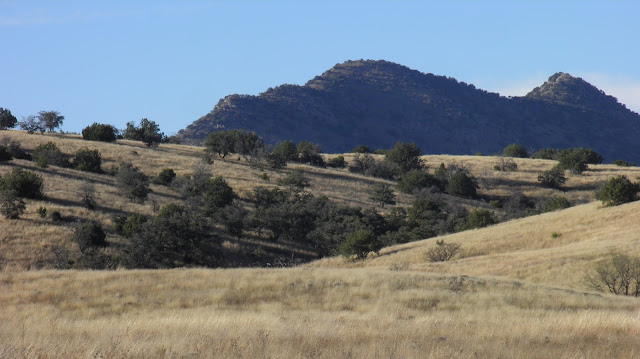 I love those grey-golden expanses of grass that role and wave under the low standing winter sun, and those mountain ranges with names like Mule and Mustang that cast their deep shadows. So when I had to deliver art work to my little Patagonia gallery (Creative Spirits Artists) I took my time on southbound Highway 83. I did not stop for every Hawk that perched on the power lines, but a whole heard of Pronghorns was too good. There were at least two dozens of them, grazing not too far from the road side. 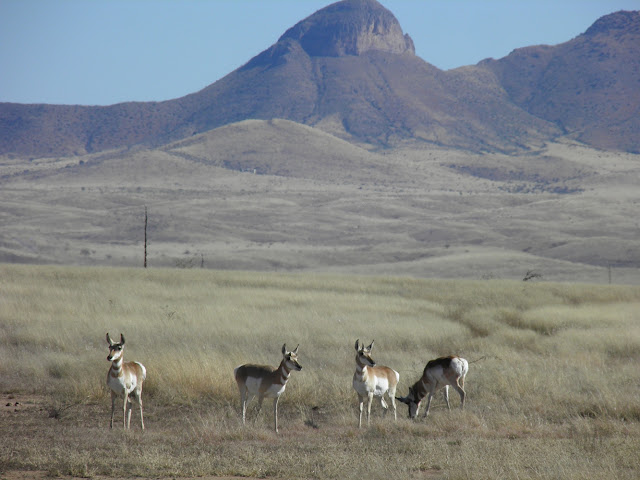 I even swung around to go back. Of course, shortly later several more cars and a motor cycle with blaring music stopped too.  Most of the people saw the pronghorns for the first time, and their questions made me realize that I don't know a lot about these attractive mammals either - I see them in open grassland towards New Mexico, around Prescott Valley and around Sonoita (yesterday's heard) and once I saw a big mixed group - Half Mule deer and half Pronghorns in the Watson Lake area of Yavapai County. I knew that at 50 miles per hour they are  the speediest US mammals, and I just learned that they are also great long distance runners. 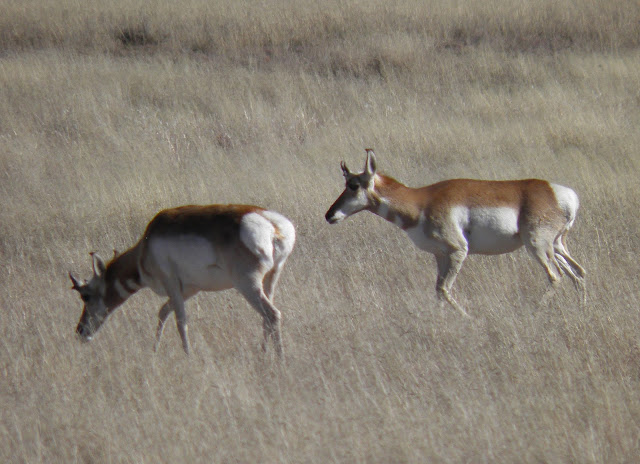 Both sexes carry horns with the name-giving prongs. These horns are composed of a slender, laterally flattened blade of bone that grows from the frontal bones of the skull, forming a permanent core. As in the Giraffidae, skin covers the bony cores, but in the pronghorn, it develops into a keratinous sheath which is shed and regrown on an annual basis. 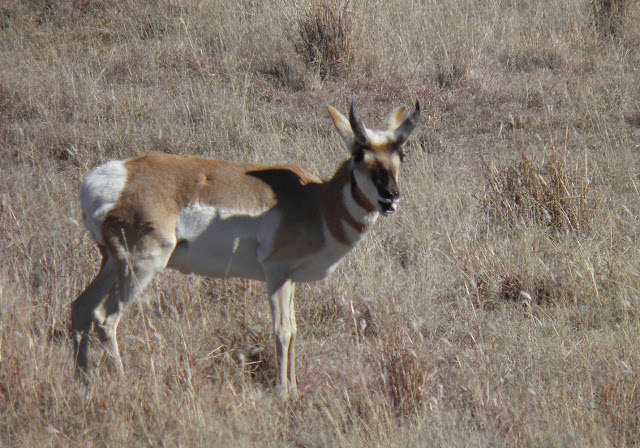 Like deer and other even-toed hoofed animals, pronghorns chew their regurgitated cud. This enables them to live on a diet of grasses, sage, cactus and other hard-to-digest plants of the steppe, often including plants unpalatable or toxic to domestic livestock. 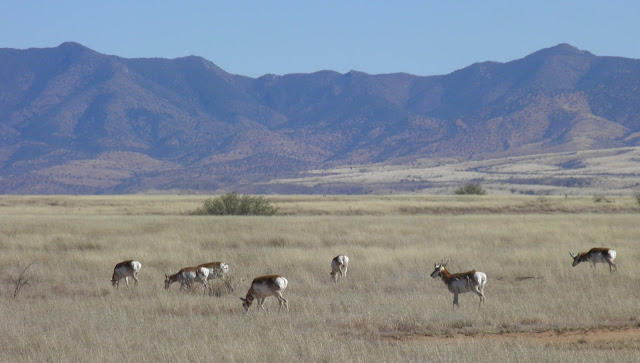 They fill an ecological niche very similar to that of the Antelopes of the old world whom they resemble physically and behaviorally. So they are often called 'Pronghorn Antelopes'. But the similarity is mostly  based on convergent evolution. Zoologically they are the last representatives of the family Antilocapridae. 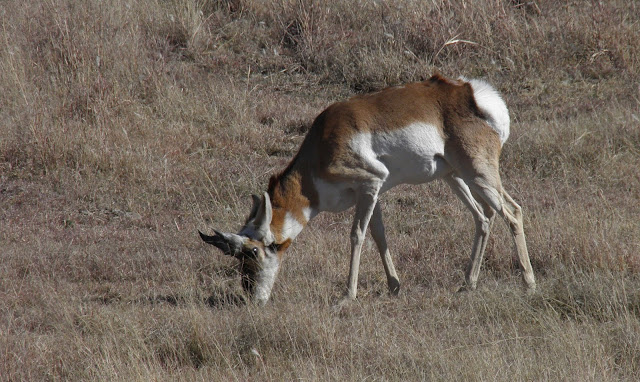 I was asked if they are native.  Yes, they are but some groups have been moved around to repopulate parts of their natural range. Are they wild or owned and put on those fenced pastures? Yes, wild and able to move across those fences. But I thought that they might jump, like deer. Apparently, they rather go under the obstacle. For this reason, the Arizona Antelope Foundation and others are in the process of removing the bottom barbed wire from the fences, and/or installing a barbless bottom wire. 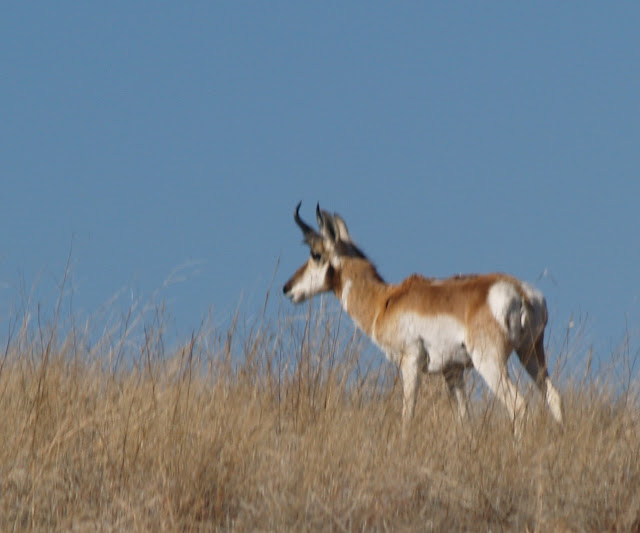 Pronghorns seemed to be close to extinction around the turn of the twentieths century. Their number had been decimated by over-hunting, habitat loss, break-up of their migration paths, and sheep-transmitted diseases (blue tongue disease). Protection and management have helped most populations to recover. But the  Populations of the Sonoran pronghorn in Arizona (and Mexico) are still endangered  and  protected under the Endangered Species Act (since 1967).
Posted by Margarethe Brummermann at 9:12 PM