June finally lives up to its reputation and it's very hot, with noon temperatures reaching triple digits. Our new dog Mecki needs a lot of exercise, so we begin our walk just before sunrise and try to stay in the mountain shadow as long as possible. 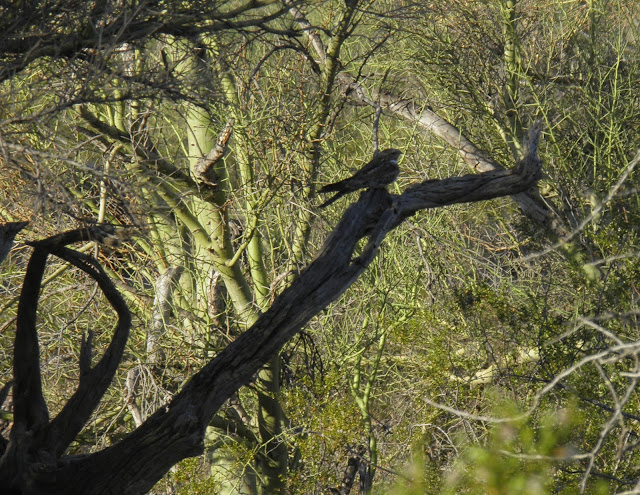 Lesser Nighthawks fly up from the ground where their young may be hiding. The male makes interesting purring sounds while sailing low over our heads, then lands, stretches along a branch, and becomes invisible. A peaceful time of the day, one should think, but it's never quite without drama. 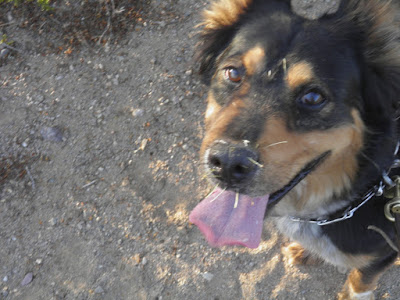 Mecki is not as desert savvy as the dogs that grew up here. This morning he could not resist launching himself at something that had found safety in a Chain-fruit Cholla. He came back with legs, flanks, ears, and nose decorated with broken-off cholla pieces. (No, they did not 'jump' him). With Randy's comb I pulled off the bigger stuff, and Mecki was very stoic about it. The remaining thorns will soften quickly where they are imbedded in the tissue and will be easily pulled out later. 'Jumping' Chollas use zoochory for the distribution of their vegetative offspring, meaning they recruit animals to carry broken-off pieces to new planting grounds. Thus Cholla needles hurt noticeably  less than those of Prickly Pears that are exclusively defensive (and seem to contain painful chemicals to boost their effect). 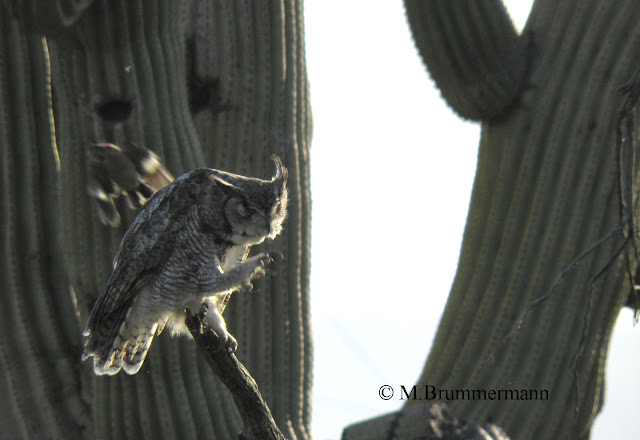 Mecki securely leashed, we then walked along a dry wash that is lined with Ironwoods, Acacias and Palo Verdes. All are still much greener than usually in June. Soft heavy wings were suddenly beating right above me: A Great Horne Owl had been hiding to sleep through the day. Now he landed about twenty meters away from the shelter of the wash, and close to a Saguaro Cactus where a Gila Woodpecker had just raised his brood. The woodpecker probably felt still territorial. He not just mobbed the sleepy owl, he flew right at it with his formidable beak. Of course, he's no match for the GHO who just stayed put. 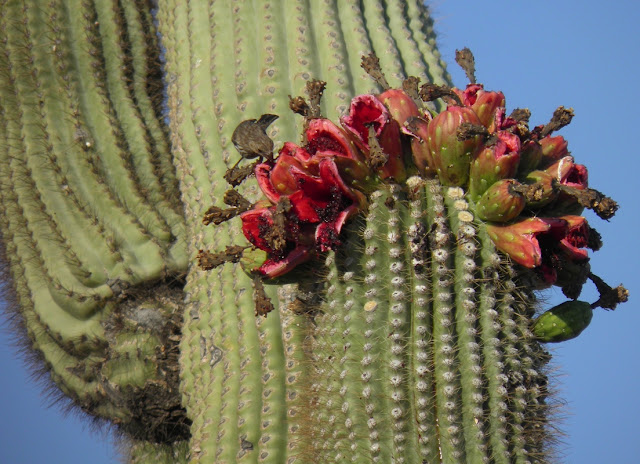 Saguaro fruit are ripening and bursting open to expose seeds imbedded in sweet pulp that everybody loves. I even spotted a quail up there, but only the house finches let me take their photo while they snacked. 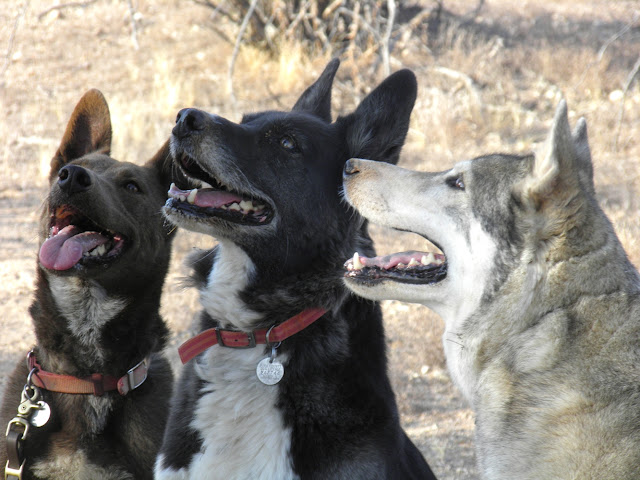 Snack break for the pack, too, and still no coffee for us. The old guard Bilbo, Frodo and Laika, sticks together. Mecki is still not to be trusted around Frodo so I keep them apart. Although Randy thinks they'd be just fine. 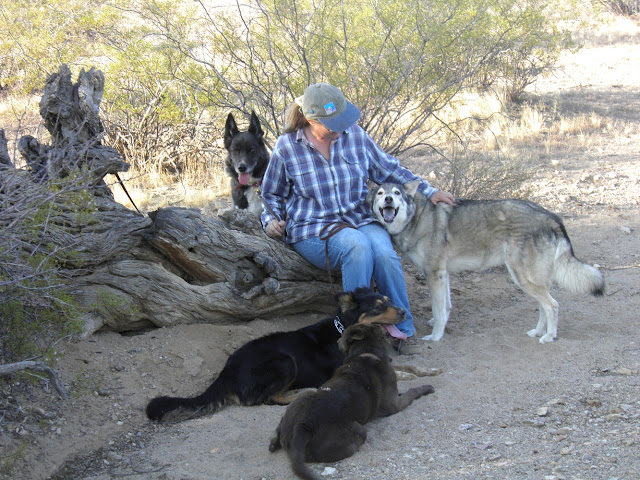 I'm afraid of another fight and want to slowly and patiently habituate them. Luckily, Frodo does not return the aggression, so it's enough to control Mecki (at my feet, with training collar). A nice old Ironwood makes a great barrier.


Posted by Margarethe Brummermann at 11:42 AM