A new True Bug species for our back yard


Well, not really new. Leptoglossus brevirostris was described by Barber in 1918. But new to me, and there was only one BugGuide entry so far, and that one was from Texas. 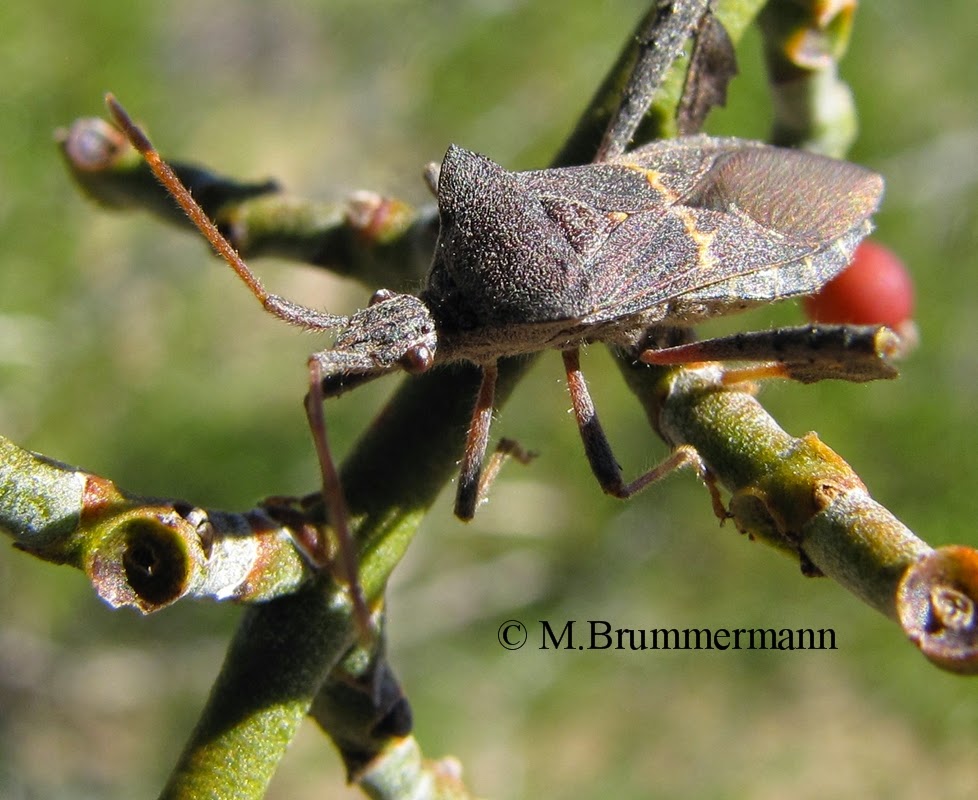 Yesterday I walked around with camera and Frodo to shoot some backyard birds (I finally want to put together a complete photo documentation for our backyard). I found that the desert mistletoe Phoradendron californicum - Mesquite Mistletoe is still blooming, attracting bees, flies and butterflies, but it also already offers enough berries for a number of birds to hang around.
There was also a true bug, a Leptoglossus sp. As 'true bugs' is this weeks theme for our Facebook group 'SW US Arthropods' I spent time photographing it from different angles, took dorsal shots and feeding portraits .... and then let it fly off into the clear blue Arizona sky. I thought I knew the species.

At home, enlarging the photos, I realized that I did NOT know the species. I should have collected it.
Recorde from AZ are Leptoglossus brevirostris Barber, 1918Leptoglossus clypealis Heidemann, 1910Leptoglossus occidentalis Heidemann, 1910Leptoglossus oppositus (Say, 1832)Leptoglossus zonatus (Dallas, 1852)
It did not have even a trace of the two yellow pronotal dots that characterize L. zonatus and that it did not look like L.clypealis, L. oppositus, or L. ocidentalis. There was a close likeness in a photo on bugguide from Texas, but the poster had also identified hers by excluding other possibles. L. brevirostris?

So I e-mailed a photo to coreid expert Harry Brailovsky in Mexico City and also posted it on my personal Facebook page. 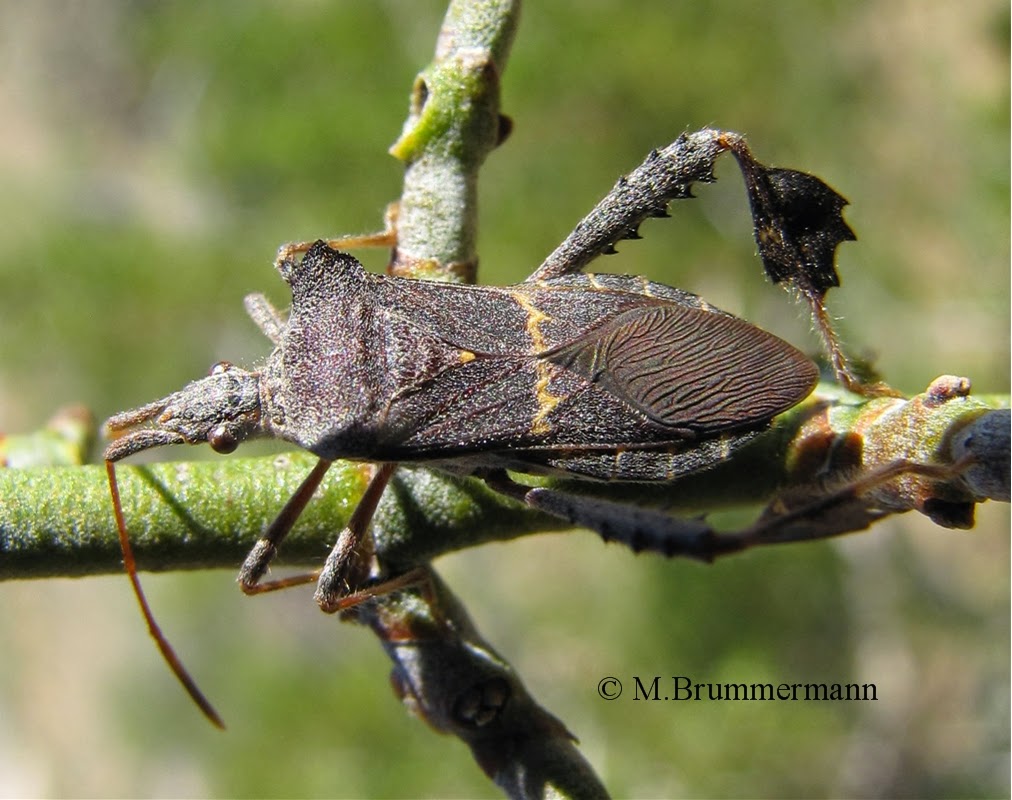 This morning I had a Facebook message from Laurence Livermore from the Natural History Museum in London with a specimen photo of L. brevirostris from their collection and an email from Harry -

Dear Margaret
Good morning from Mexico City.
Close or Leptoglossus brevirostris Barber.  Check if the rostrum is short not extending beyond posterior border of metasternum or anterior third of third abdominal segment (First).
(my comment: this is visible in the feeding position in the image above)
Sincerely:
Harry Brailovsky
Instituto de Biologia,UNAM.
Departamento de Zoologia

So both confirmed that it is Leptoglossus brevirostris. My photo will now be added to the NHM's Coreoidea Species File profile. And of course it also goes into my own personal coreid collection on flickr.  Isn't the internet great?
Another member of our Facebook group,  GY Zhang, found an interesting paper that deals with the insect fauna on mesquite mistletoe in Texas. It describes our Leptoglossus brevirostrum as host-restricted to this hemiparasitic plant. I knew that several coreids are very faithful to their cactus hosts, so it should not be too surprising that the mistletoe feeder also sticks to this one food source. I'm going to search  tomorrow - I should be able to collect a few specimens after all.

Posted by Margarethe Brummermann at 10:39 AM