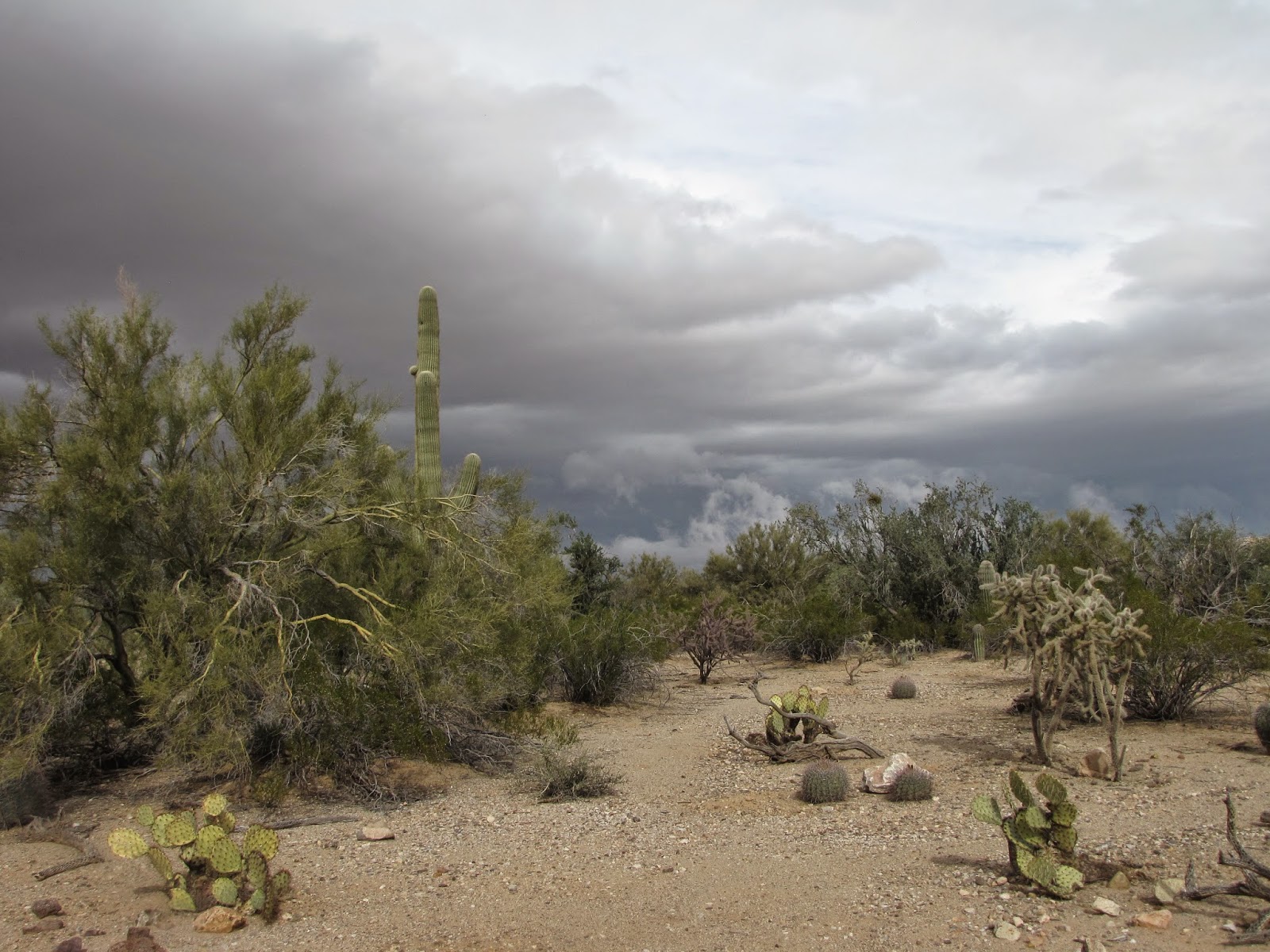 The new year is starting out cold here in Arizona. On the last day of 2014 a storm blew in from the northwest and it rained nearly all day. 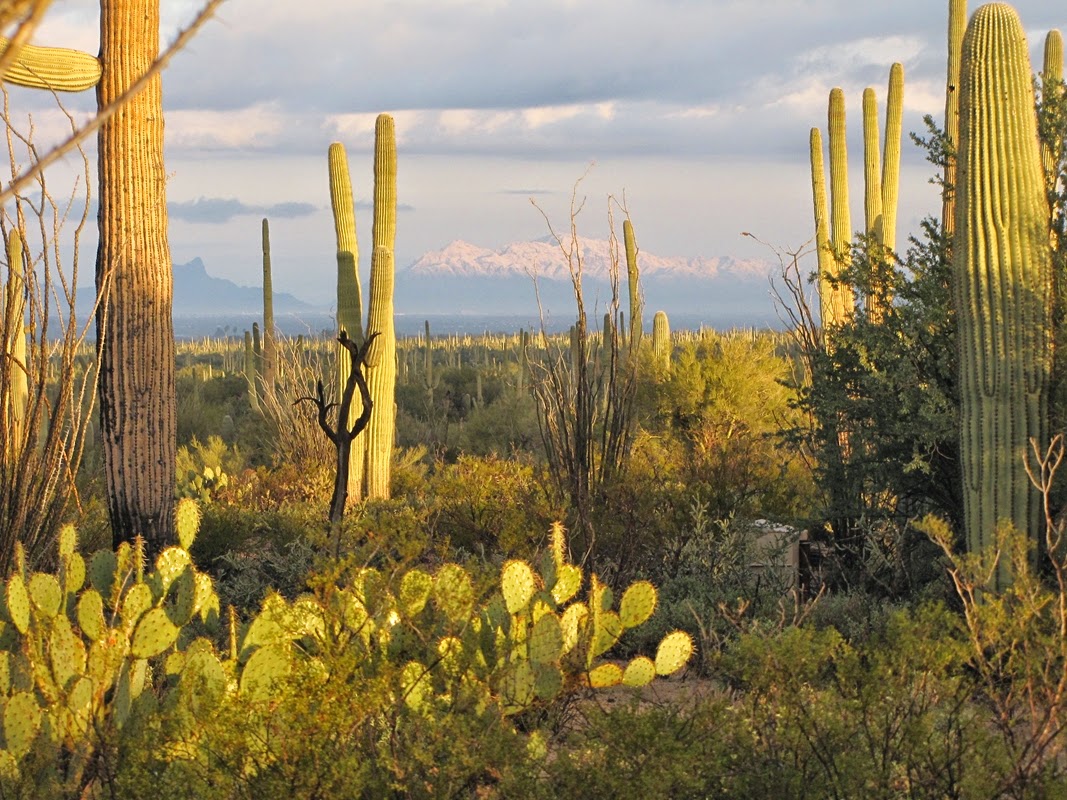 On New Year's day we woke up to sunshine and snow on all the mountains around us. So I jumped into the car and headed towards the Sonora Desert Museum that sits just a few hundred feet higher than we in the Tucson Mountains. Before getting there, I turned off Kinney Rd into the Bajada Loop.  This is the backdrop of many John Wayne westerns and the series High Chaparral (much of which was actually filmed on land that we now own.)  Anyway, this morning it did not look like any Western backdrop. 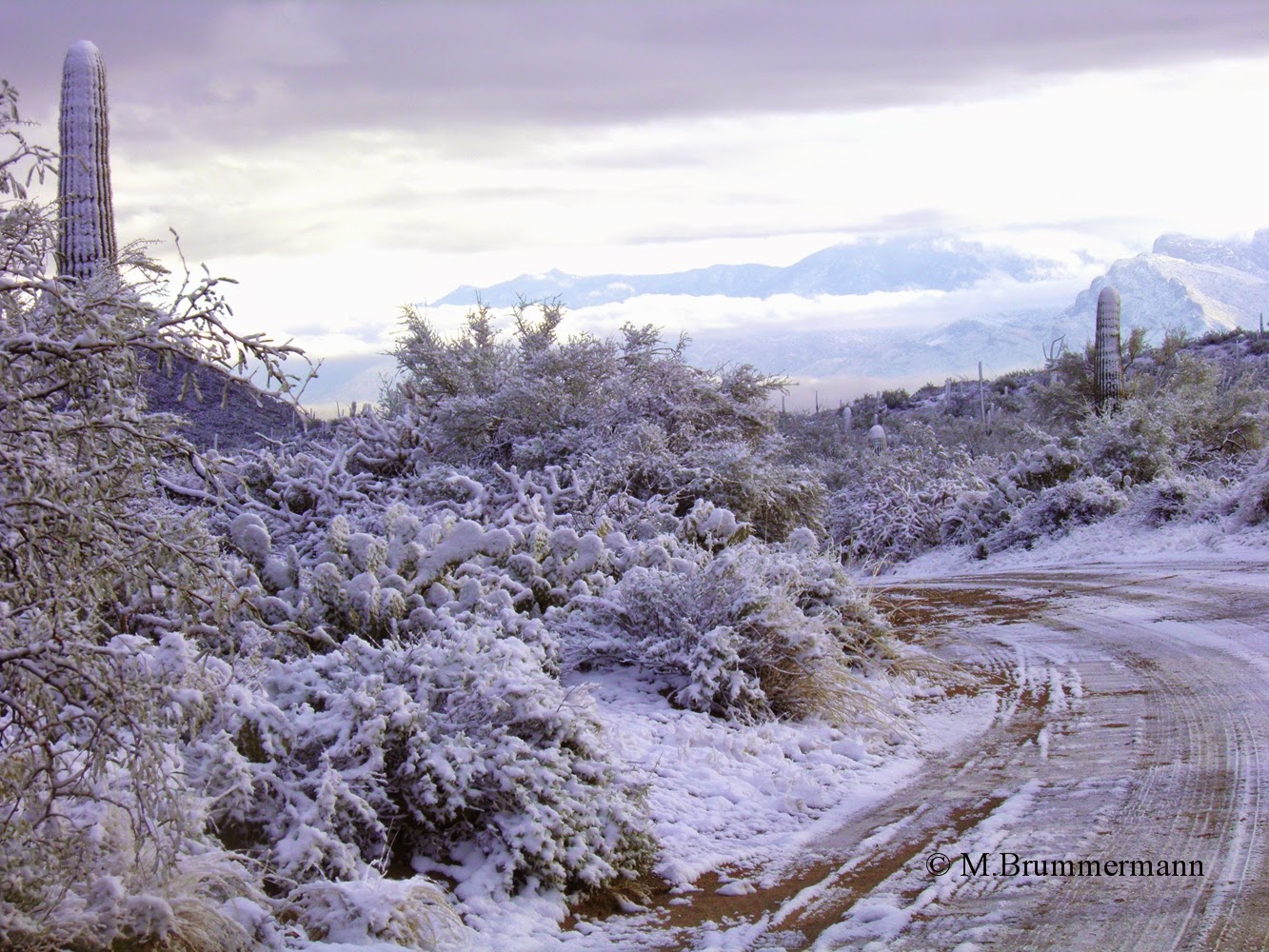 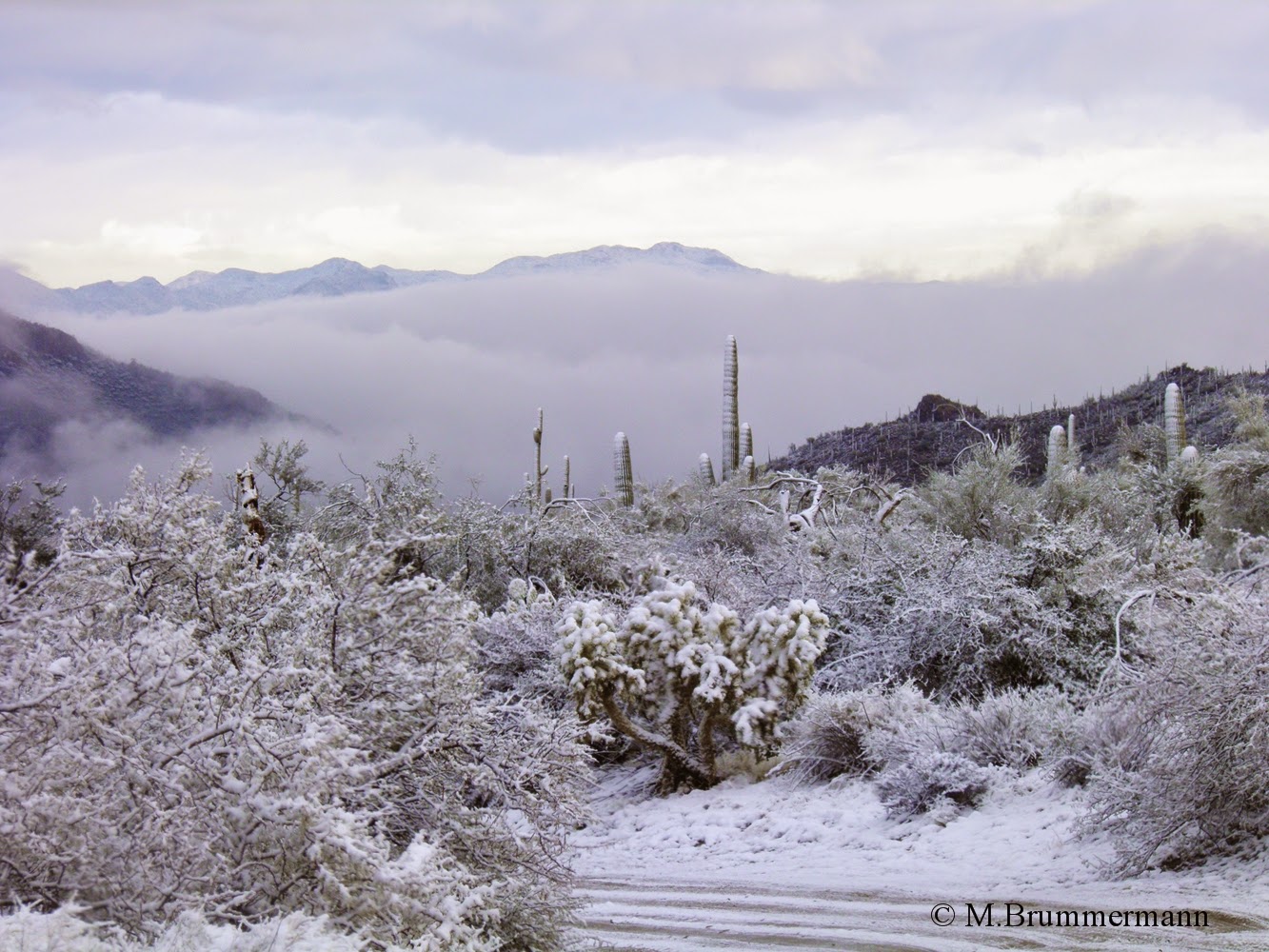 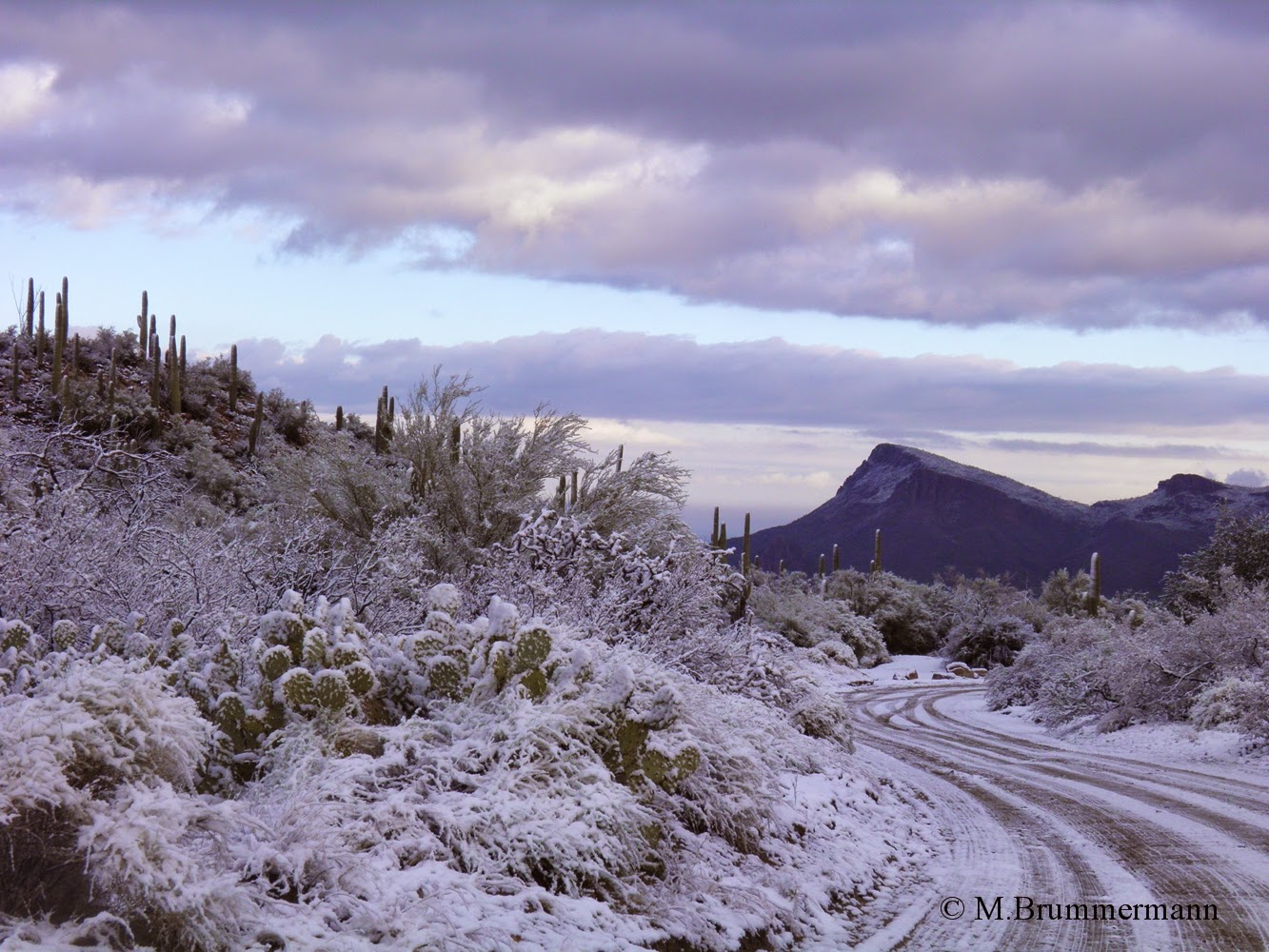 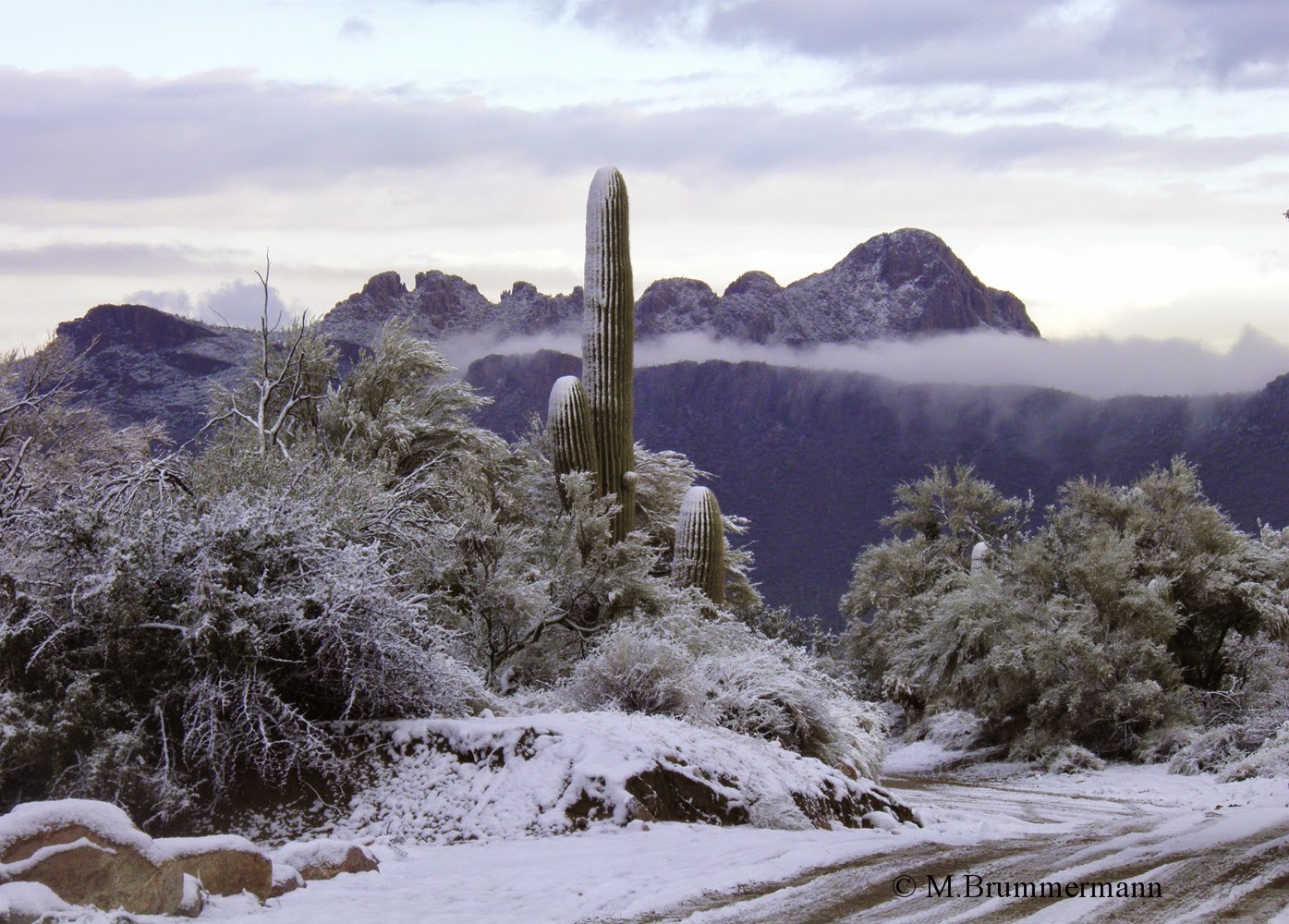 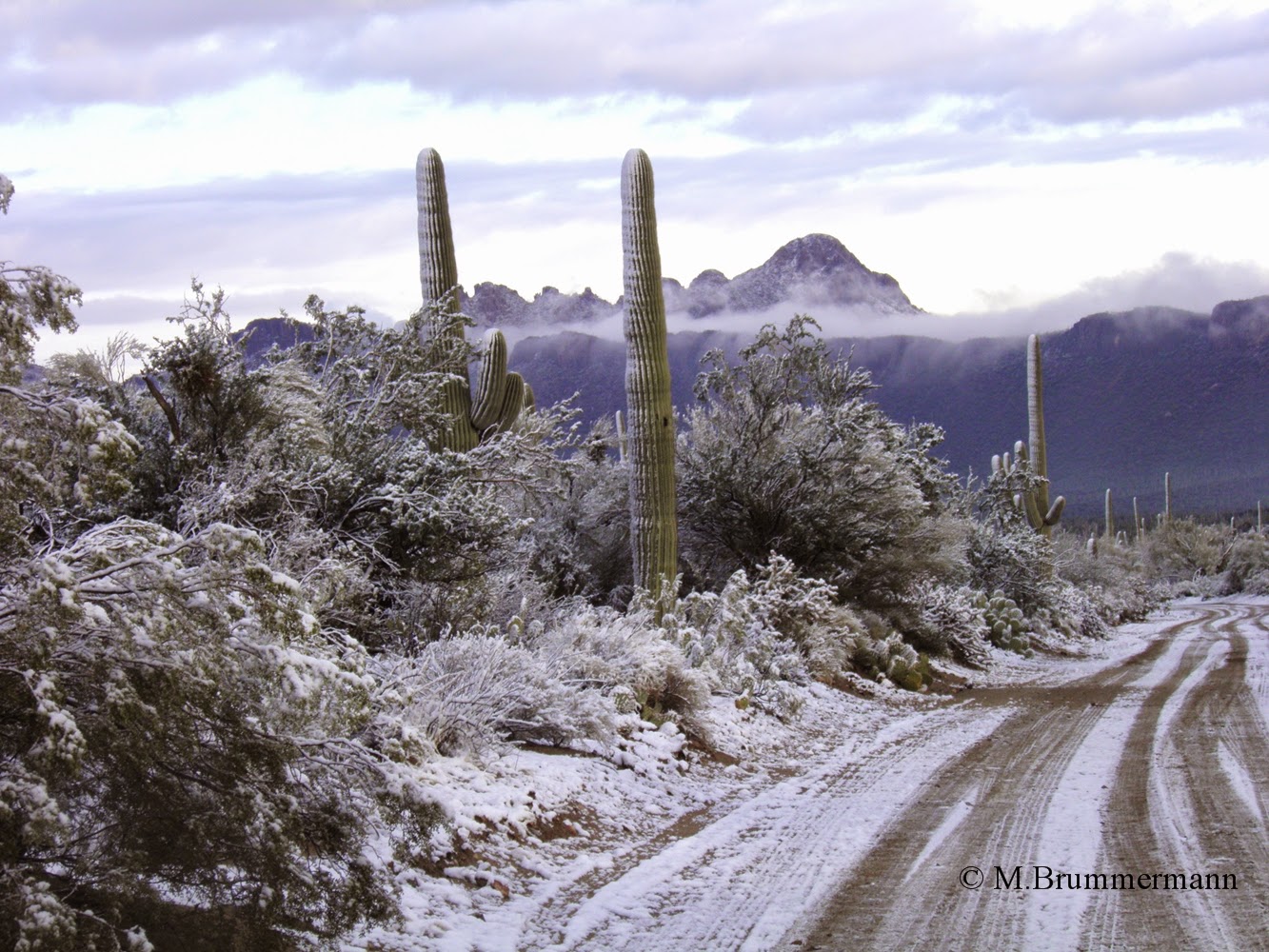 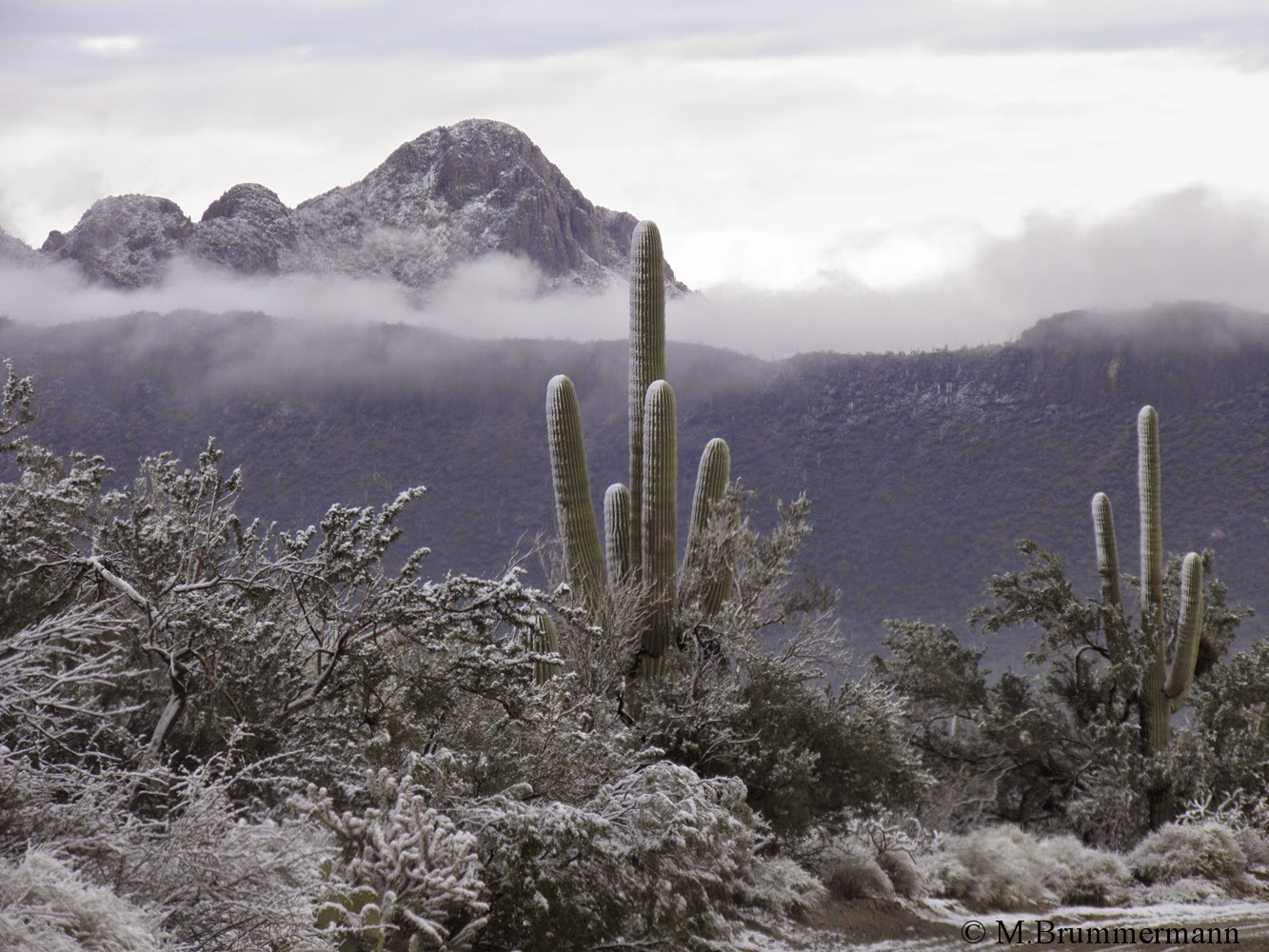 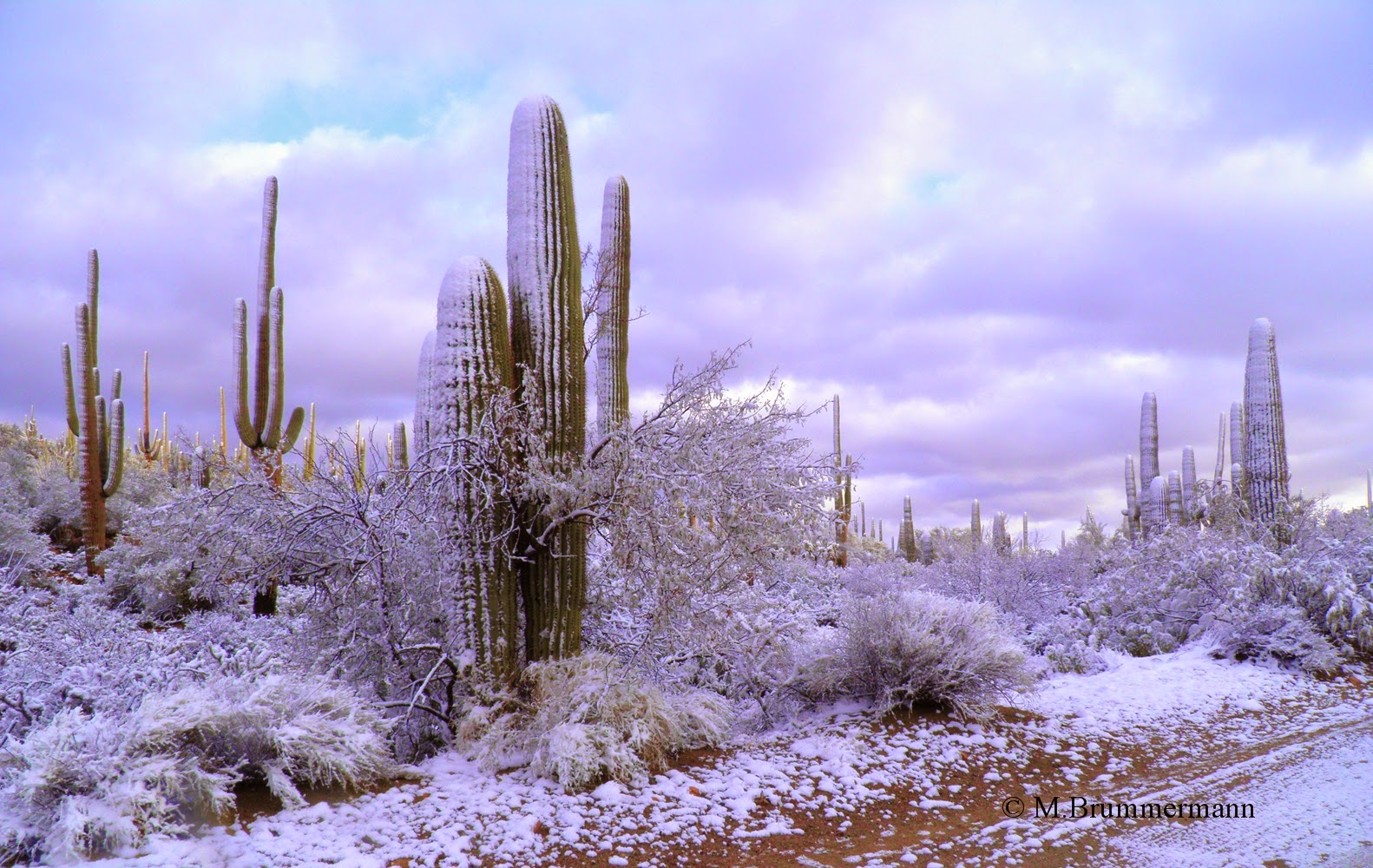 While I was slowly driving through this winter wonderland, the sun disappeared and fog-banks rolled up the canyons. I could feel the temperature drop. When I got home, we covered some smaller Mexican cacti and aloes with boxes and blankets, but most of our plants are too big to be protected. Anyway, they have already survived the biting frost nights of 2010 and 2012, so it has to get very cold for them to be harmed. 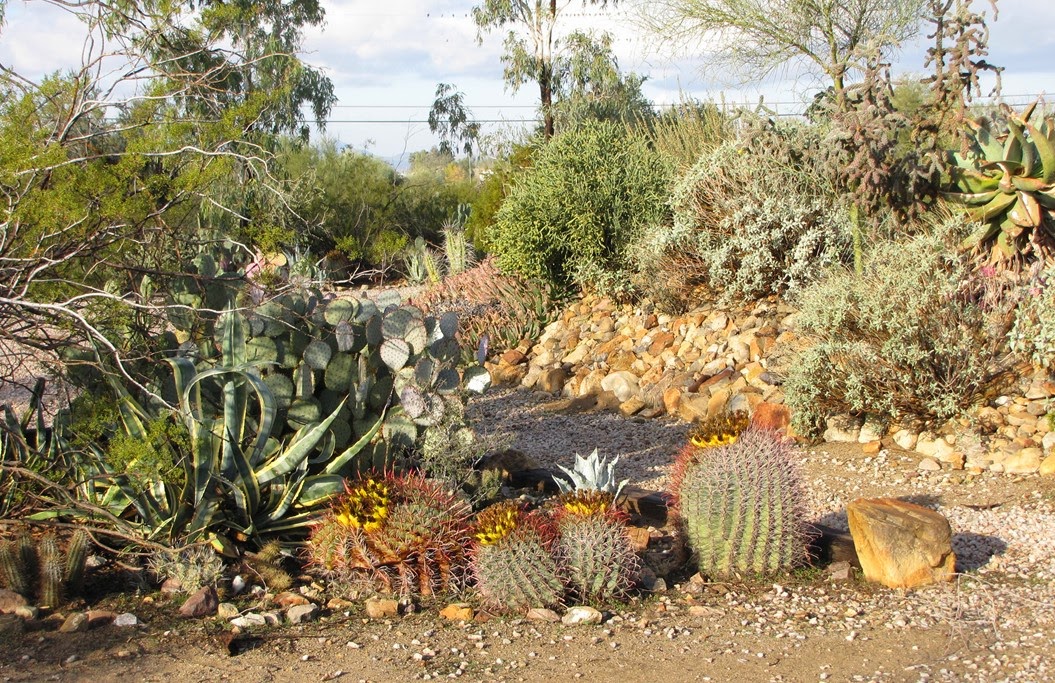 However, I discovered today that a big barrel cactus is collapsing. It grew fast and furiously in the run-off from the roof and I'd always wondered how it could survive repeated flooding - so after this wet year its finally giving up.


Posted by Margarethe Brummermann at 12:21 PM