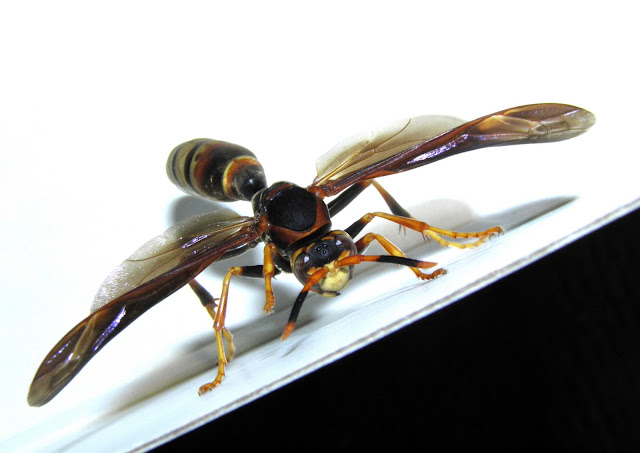 This guy ( I hoped it was a male without a stinger, but Justin just sexed her: a big dominant future queen, I promise to take her back after the show), is circling the light in my office. She's one of the largest paper wasps I've ever seen and she got out of her enclosure when I tried to take her photo. Well, this is an entomology department in the last hours before the big event, the ARIZONA INSECT FESTIVAL. So nobody gets too excited about an escaped wasp. 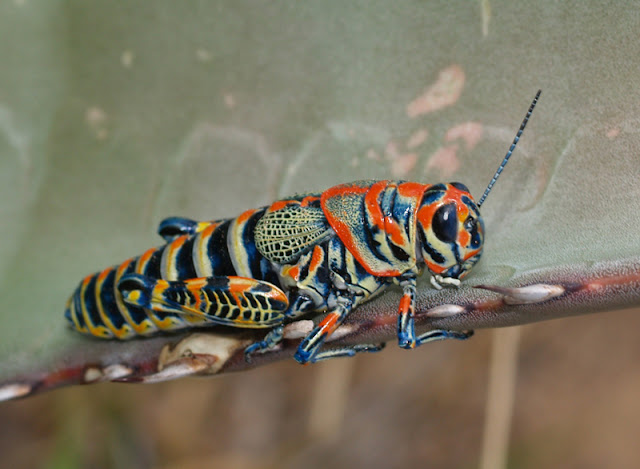 While most scientists are going to show off their research in beautifully done posters and displays, Carl Olson and I and some other adventurous collegues are going to present life insects that we collected over the last weeks. 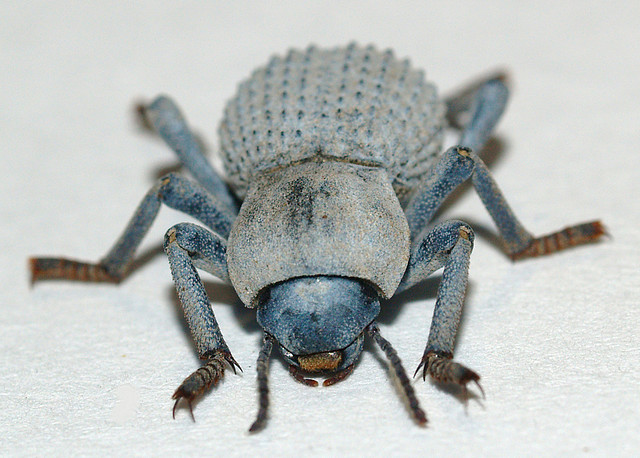 There are insect that are traditional easy keepers, like tenebrionid beetles, but since this is a short term venture, we tried our hands on some more unusual Arizona bugs. 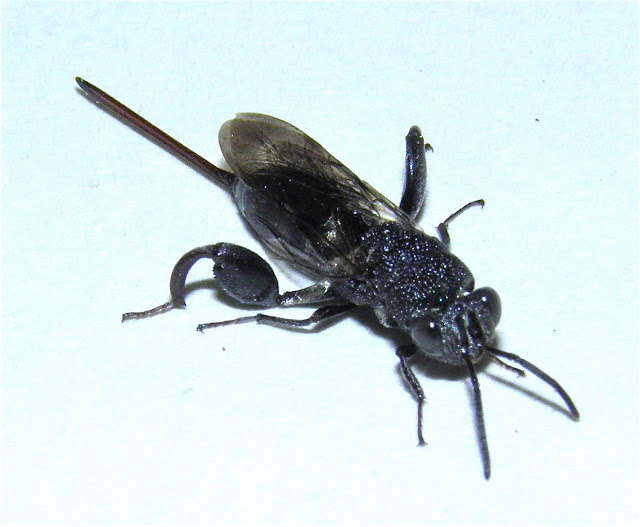 We'll have more wasps, like this enomous Acanthochalcis nigricans and a bunch of Velvet Ants, and Justin Schmidt will be there to explain the pain index for their stings. Just in case... 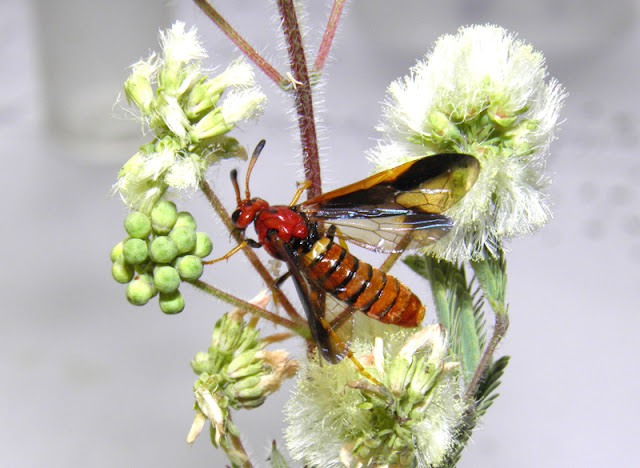 Other challenges result from the short life span of insects - we found some really nice ones early in the season but not all of them made it or simply grew up too fast, so that instead of an interesting caterpillar we now just have a brown pupa to show... 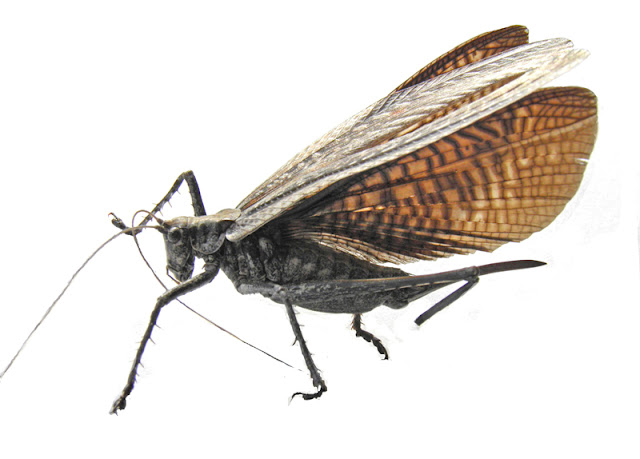 Some bugs may not perform in public the fascinating behavior that we would like to demonstrate. 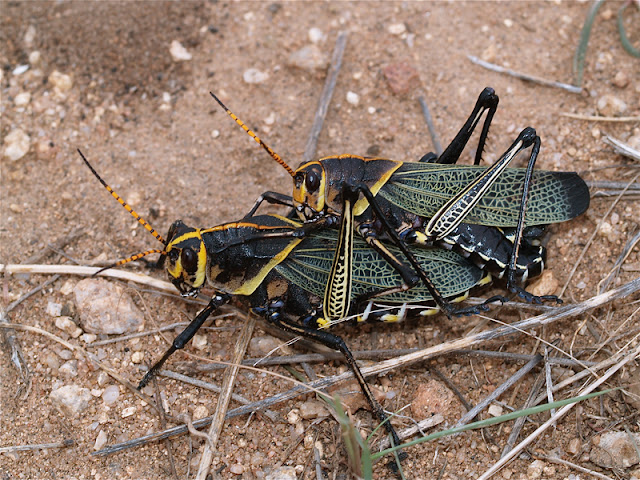 Others may behave too freely (most of them do).

Our Bee Assassin produced hundreds of eggs and now we have hundreds of 1mm long assassins - and what do we feed them? 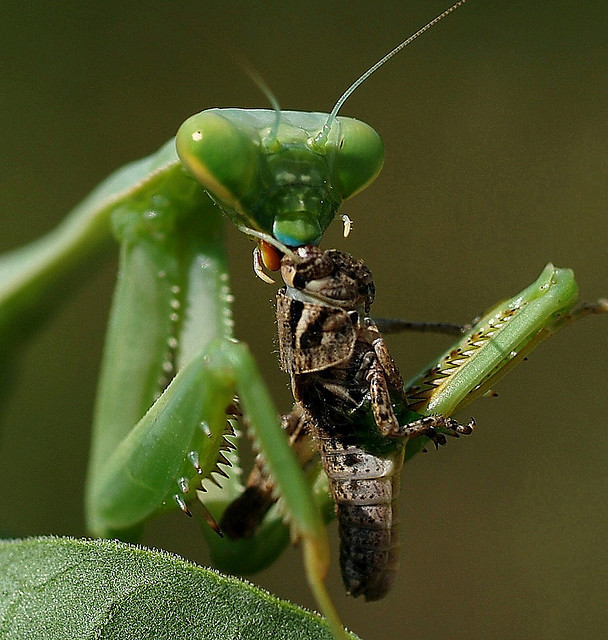 No one can be trusted with smaller species in the same container. We knew that about the mantis, but the Plains Lubbers were supposed to be vegetarians (I should have listened to Carl) 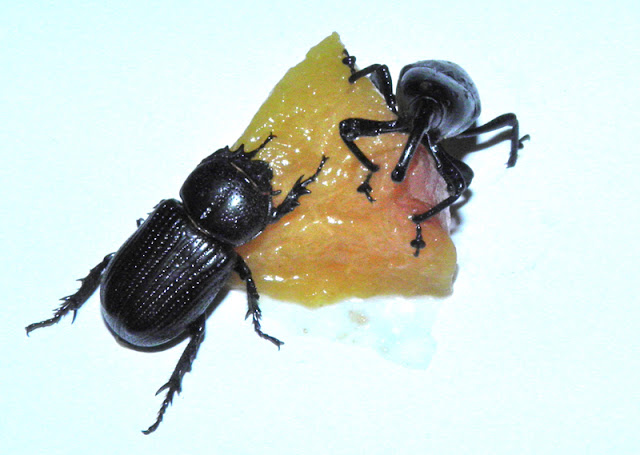 The famous predatory scarabs and the prickly pear eating Cactus Weevils surprised with a very sweet tooth and a preference for apricots. 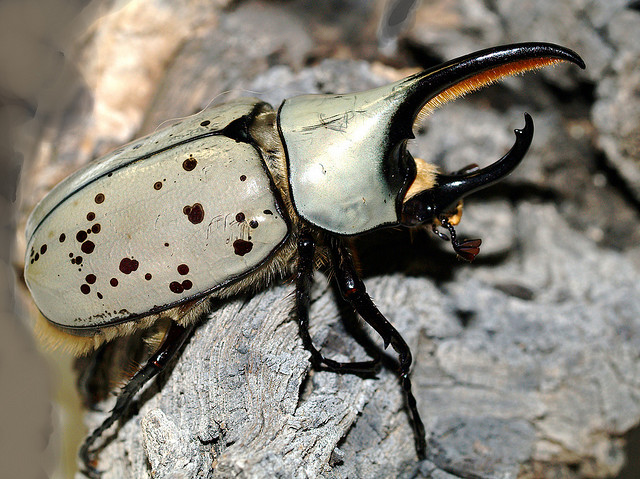 And someone developed serious star attitudes because he got to be on TV with Carl (Tucson Morning Blend Sep. 23, 2011) 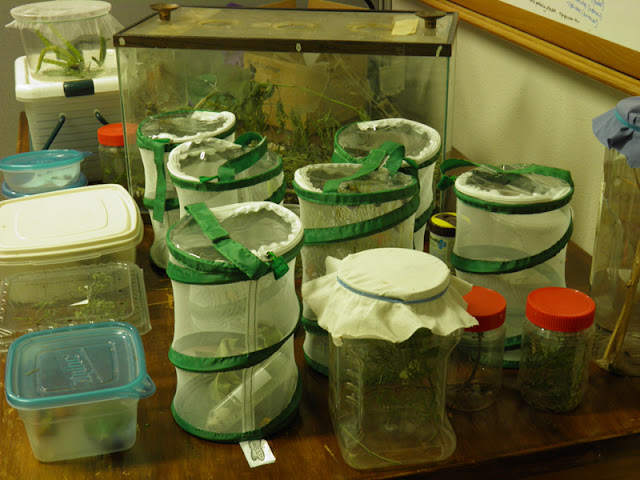 We are sooo ready now! Hope to see you all tomorrow morning on the big lawn between Old Main and Student Union - 25 little whit tents are already set up!

Posted by Margarethe Brummermann at 3:35 PM