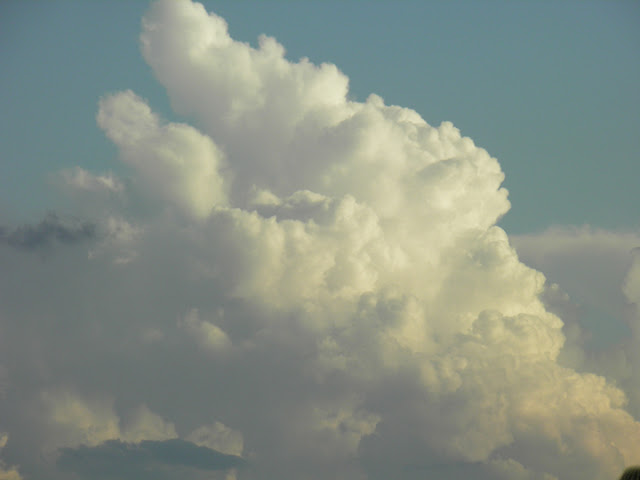 By the middle of September the best of the monsoon should be over. But this year the low pressure systems keep rolling in from the south. A couple of nights ago in Madera Canyon, we had to fold up our black lighting sheets early and on the drive down to Green Valley I could not tell where the road ended and the flooded wash began until the water pushed against the car, because it was raining so hard. At our own place north of Picture Rocks we had to wait till yesterday afternoon for a substantial down-poor. But then it came: dark clouds obscured the Tucson Mountains, and within 20 minutes we had more than half an inch of rain, no electricity, but an ongoing puddle that covered most of ten acres.
I heard a noise like from a car driving too fast on a wet road, except we have no real road and there were no cars out in the storm: the sound that was fast approaching was that of falling hail, ice balls with the diameter of a penny, bouncing hard of cacti and desert rocks and then pounding our roof. 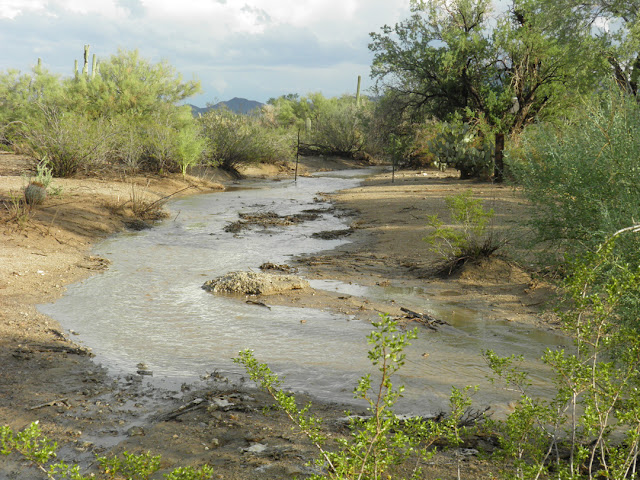 A little later the lovely sound of rushing water: our two regulatory washes were finally running again, after years without any water. Soon it would not have been possible to cross on foot on either side of the house. 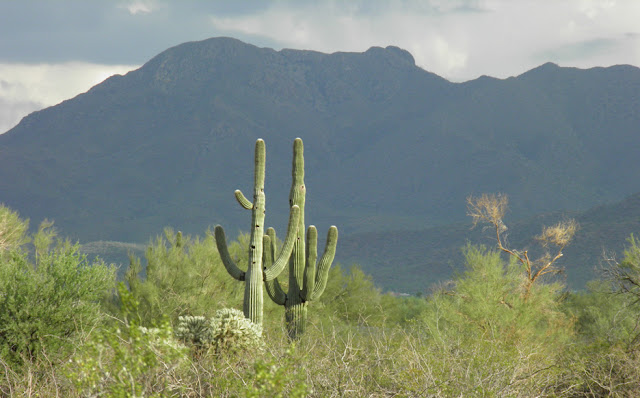 Of course, these floods don't last. The water level fell nearly as fast as it rose and we walked around in the great acrid smell of wet desert sand and creosote, waiting for the next shower from clouds that were already building again, this time on the north side. We were in for a very quiet evening without electricity. 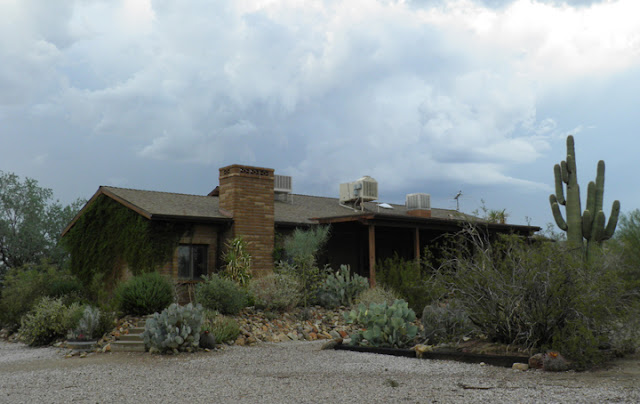 Rustic, but no topic for Kinkaide: his cottages don't come without reassuring lights in the windows.  And the next storm is brewing.
Posted by Margarethe Brummermann at 3:24 PM