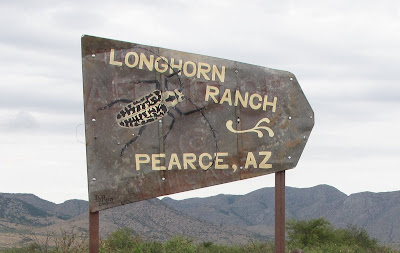 Every year Fred and Carol Skillman host their famous annual 'Beetle Bash' at Cochise Stronghold when the monsoon hits (or should hit) Cochise County. The party was delicious, interesting, inspiring, educational, and lots of fun. Thank you so much, Fred and Carol!

The following day, July 11, Eric Eaton and I headed for the Chiricahua Mountains. There was some indication that it had been raining there but the ground was rather dry. 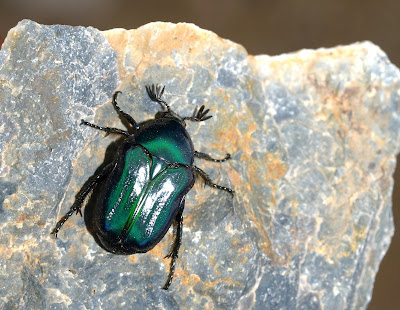 Still, at at a lush creek crossing among ash and oak trees beautiful metallic green-blue Euphoria fulgida holochloris were buzzing around, looking very much like low-flying Carpenter bees. 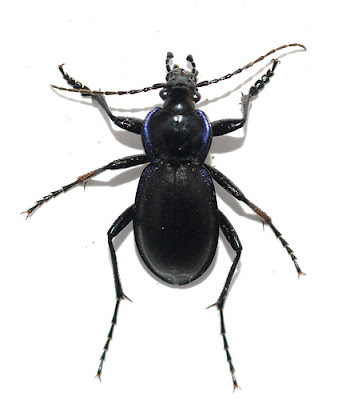 We set up black lights at Onion Saddle, elevation 7600 ft, in an area with tall Alligator Junipers, Silverleaf Oaks and some Ponderosa Pines. Bill Warner and Aaron Smith stopped by and made us very envious with a beautiful specimen of the rare Carabus forreri. Collectors from as far away as Europe come searching for this beetle endemic to the Chiricahuas and the Huachucas of Arizona. 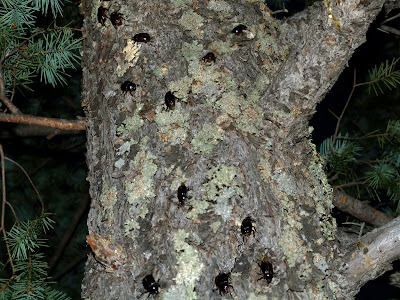 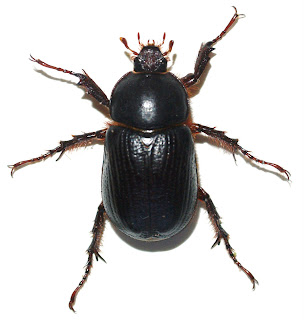 The sun had set but it was still too bright for the black light to attract anything when the humming and buzzing began. Big dark Scarabs that I later identified as the Dynastinae Coscinocephalus cribrifrons were zooming in on our location. They weren't headed for the black light. They ignored it and landed on a tree near by. More and more beetles appeared as it got darker. I soon found two more trees within a fifty meter radius where more of them were congregating. There must have been close to a hundred beetles per tree, running up and down the trunk, their elytra partly open, ready to take flight again and buzz around some more. The noise of all those feet on the bark sounded first like raindrops and then like a little waterfall. 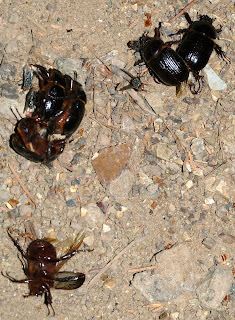 Clumps of seven or eight beetles clinging together kept falling to the ground still madly scrambling after each other. It became clear that this was similar to a lekking situation where many females and even more pursuing males were coming together to mate. I have no clue how the first arrivals pick a particular tree to be their dancing ground - to me the three chosen trees had nothing to distinguish them from their neighbors. Two of them were junipers, the third one some kind of spruce. At the height of the party the trees were probably surrounded by a thick cloud of pheromones, attracting more and more beetles. 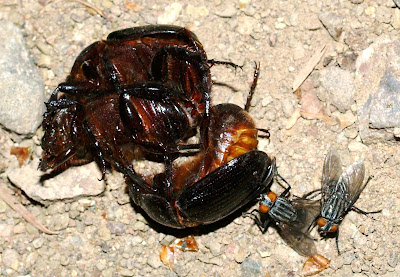 Interestingly, there were also numerous sarcophagid flies attending the dance. Nearly every beetle had a following that approached as soon as the beetle was busy with other beetles or momentarily incapacitated. Even though the flies weren't Tachnidae who are well-known Scarab brood-parasites, I think they were specifically targeting this pheromone-loaded situation, probably to attach eggs to the female beetles that would be transferred to the beetle brood as parasites. My theory is supported by the observation that the flies were all of just one species, their incredible persistence in following the beetles around, and that there were so many of them on the mating trees but none at the black light that had also attracted scarabs (of different species) by then.

The whole mad spectacle ended about an hour after sunset. Sinking temperatures may have curtailed the high activity level at that time. 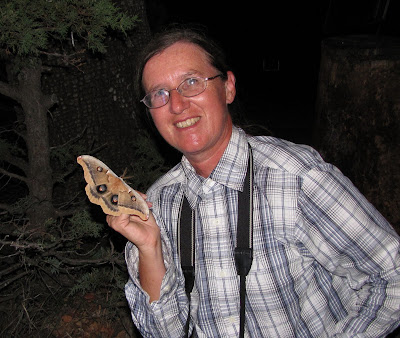 Our patience at the black light was rewarded by a few more interesting beetle species and a three beautiful huge Oculea Silk Moths.
This chapter of my blog also appeared in  "Scarabs Newsletter # 57"
Posted by Margarethe Brummermann at 1:59 PM