The drought is upon us. According to today's newspaper  the affected area stretches from northern NM to SW Arizona. To us, that's no news. So wildflowers were scares and very tiny. Still some bugs had found them.

So every little Fleabane flower seemed occupied, mostly by Acmaeodera Acmaeodera sphaeralceae, one of our earliest spring bupestrids. I think this one is chewing on the ray flowers. Remember your asteraceae anatomy? 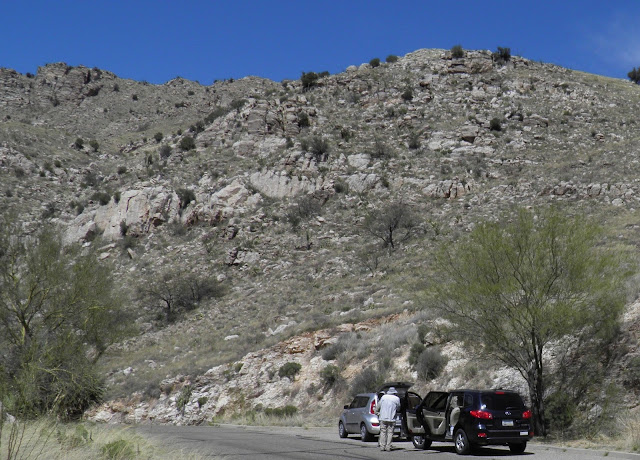 As always (literally), at my first stop up Catalina Highway, I ran into Mary Kinkle and Fred Heath. They must live there! As they are Butterfly people, we watched a Spring Marble flutter by, being camera shy. 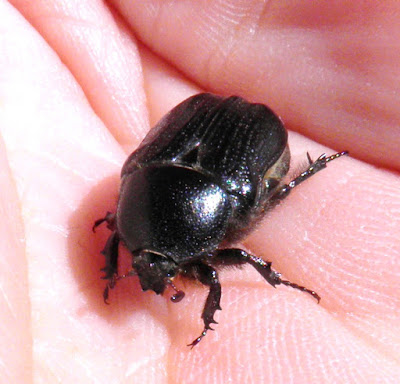 Some Comanche Paper Wasps were also flying and another big black bee-like thing that turned out to be a Scarab Beetle, Euphoria verticalis. The beetle achieves the bee-like flight by keeping its black elytra closed and pushing the membraneous wings out from under them through lateral gaps. 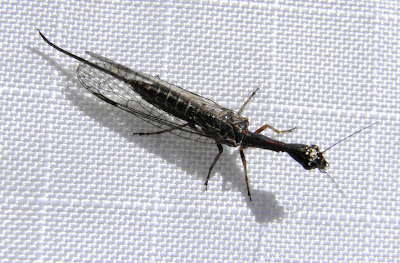 I beat some Mesquite and Palo Verde and a nice snakefly ( Raphidiidae » Agulla) landed on my sheet. I do not find these often. According to literature, Snakeflies are confined to arboreal habitats in the broadest sense, including all types of forests, macchias and even biotopes with scattered shrubs.

Beating bushes also resulted in finding this little guy - not even 3 mm long. I thought it was a Bark louse at first, but the clubby little antennae speak against that. Robert Velten helped id it: Pachypsylla celtidisvesicula (Hackberry Blister Gall Psyllid) 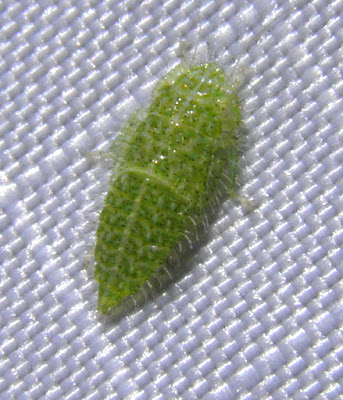 This came from an oak at Molino Basin. The winter-green live oaks are just leaving out, shedding their old leaves. I think it is a nymph of a leafhopper. 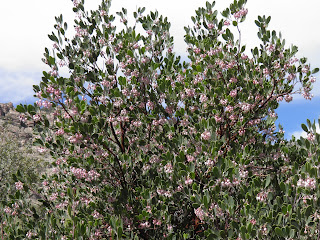 At Molino I wanted to look for Osmia, the bee genus that supposedly is the main pollinator of Manzanita. The bushes were blooming beautifully  But I found mostly Honey Bees, some big black Carpenter Bees, some Hover Flies in the genus Copestylum (3 species). The only blueish green bee that I found will probably turn out to be in the genus Andrena. No Osmia at all. But they were there in other years! I did see a couple of Golden-headed Scalloped-wings 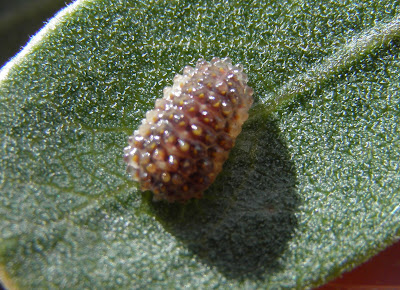 On a Manzanita Leaf, I found this little mound of gello. Because it was only 4 mm long I wasn't sure if it might be a cluster of eggs? But after looking at the enlarged photo, and seeing it moving around the jar I'm keeping it in, I thought that it is a slug caterpillar, just a very young one. 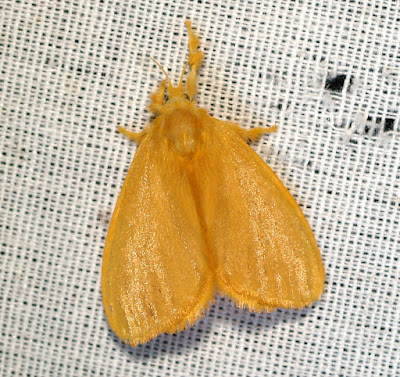 I learned now from Bruce Walsh  that it is rather the caterpillar of Dalcerides ingenita, the only Dalcerid around here. It does not seem to feed on the Mamzanita leaves I collected it with - it's crawling around in search of better food.Bruce thinks it's an oak feeder. 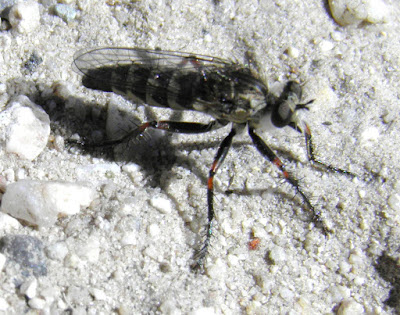 A small Robber Fly was staking out a territory on the path at Molino Creek. Close by I came upon the sad sight of 3 dead rat babies. They might have been clinging to their mother during transport when some kind of catastrophe hit. 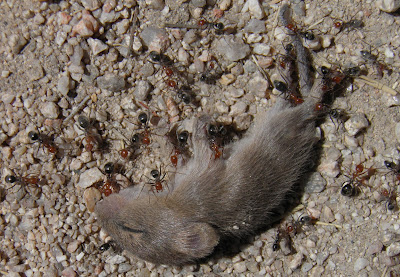 In other climates I would have expected Burrowing Beetles to arrive soon, but here the little corpses attracted only ants. 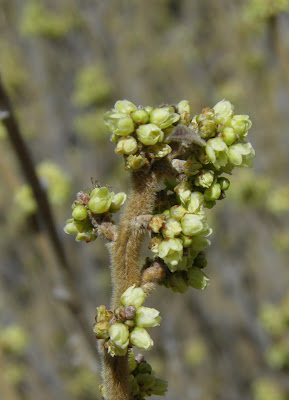 On blooming Rhus (?) I found some Cryptocephaline Leafbeetles and an Small assassin Bug genus Lophoscutus. Only when I checked out my photos, I found a Green Lynx Spider - do you see it?

Chelinidea sp, a Coreid, flew in, probably from a near-by prickly pear cactus. No flowers on those yet - they seem late this year. 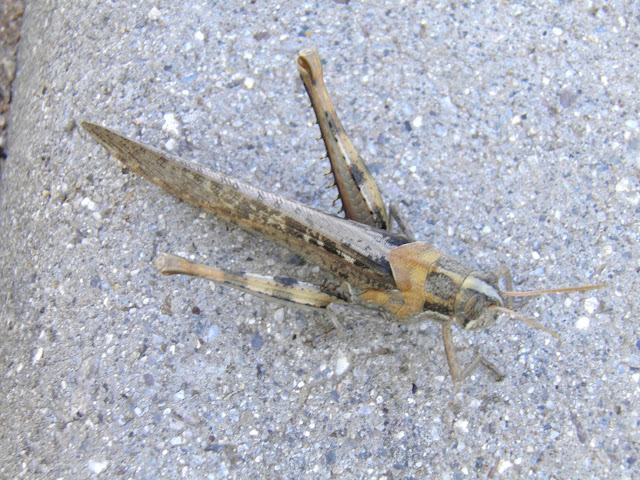 I saw tiny Scudderia sp. nymphs and a big, adult Schistocerca nitens. These bird grasshoppers seem to winter as adults here in Arizona. At nearly 3 inches long, my biggest bug of the day

Posted by Margarethe Brummermann at 11:37 AM