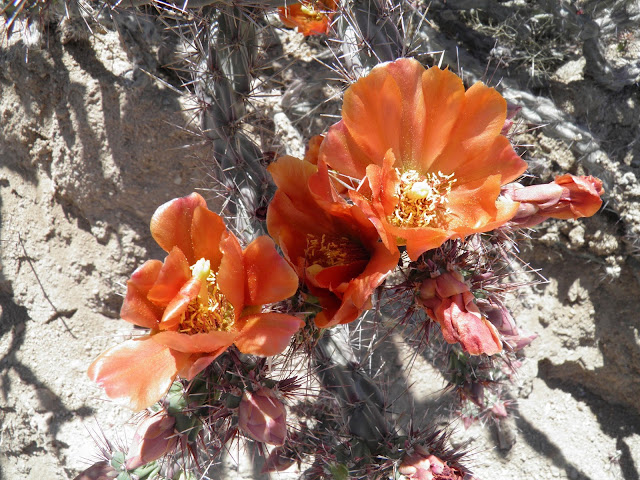 It was dry and hot and dusty. Of the wildflowers that the rainy (or here, not so rainy) winter had produced, only dry stalks and seed pods remained. Chollas and prickly pair were blooming, but I've seen better. 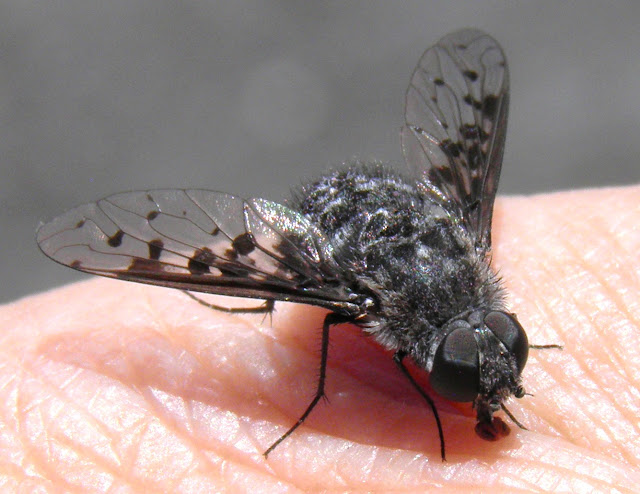 Insects were scarce. A bee fly with the ominous genus name Anthrax found the moisture and salt of my hand irresistible. 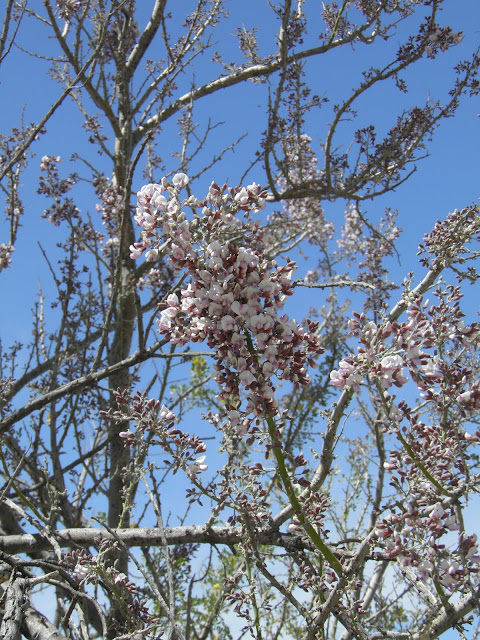 Foothills Palo Verdes, in beautiful bloom all over Picture Rocks, hardly showed any flowers here. But Ironwood trees were loaded with bursting buds.

There are few Mesquite Trees in the park and their flowers were past their prime. Still, they were the best source for beetles that I could find. 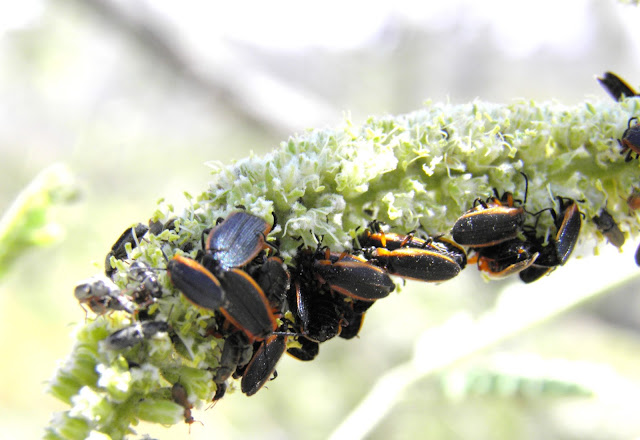 Some mesquite catkins were covered in huge aggregations of mating Lycids. Often there are 2 species involved, but this time all I could find were Lucaina marginata , no L. discoidalis. 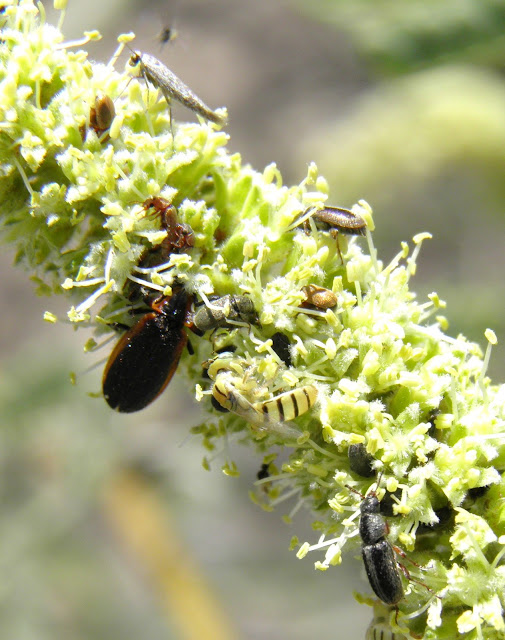 They shared the catkins with many tiny Dermestid, Melyrid beetles and tiny Perdita Bees whose color is so close to that of the Mesquite flowers that it may take a second look to find them. 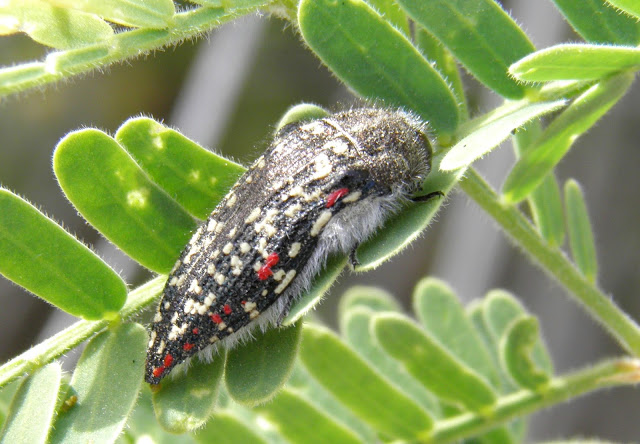 With its bee-like flight (the dark elytra stay folded over the body) Acmaeodera griffithi  could be overlooked by the beetle collector. Because I was trying to photograph solitary bees, I inadvertently focused on the Buprestid. 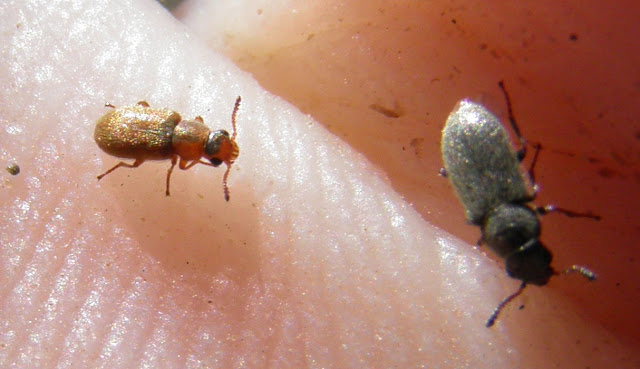 While manipulating the Mesquite flowers to photograph the Perdita Bee, 2 tiny beetles landed on my hand. They are both  Dasytinae in the family Melyridae genus Trichochrous, the smaller one likely to be T. ferrugineus. (Thnks to Doug Yanega for getting this information from Adriean Mayor)

After only a quarter mile along the dusty road, our dogs were quite ready to go home to a drink and a bath in the tub. So this was a very short 'Osterspaziergang' but I could not completely let go of that lovely tradition.


Posted by Margarethe Brummermann at 4:05 PM