Birds around the house in early March 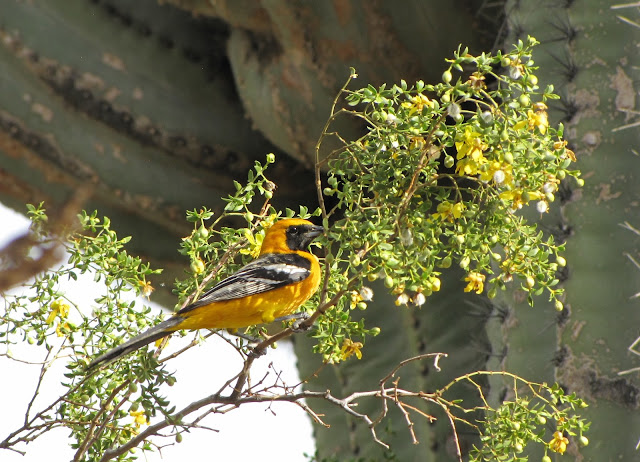 The Hooded Oriol was very conspicuous for about three days, chattering and scolding. He discovered a hummingbird feeder on the patio  and still likes our Aloes. 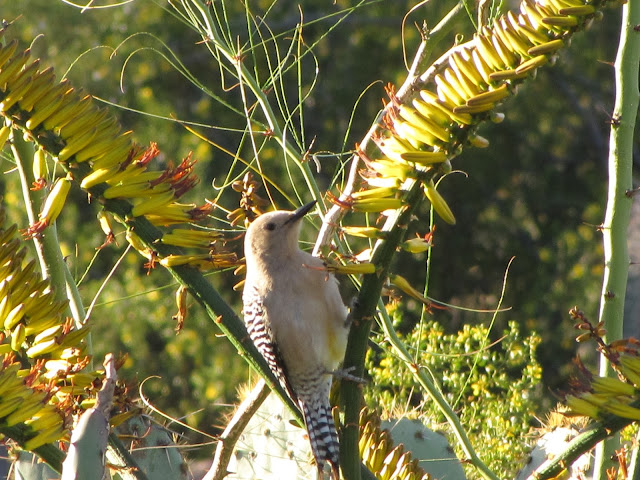 As usual, he has to share those with the Gila Woodpeckers. They are claiming saguaro cavities and use our old antenna as a sounding board. 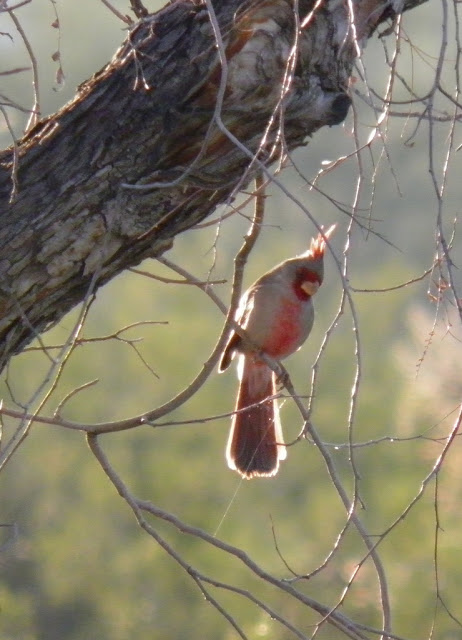 Pyrrholoxia male and female are calling after we have not seen them all winter long. I hope they'll stay around. Maybe we should bring out some sunflower seeds. 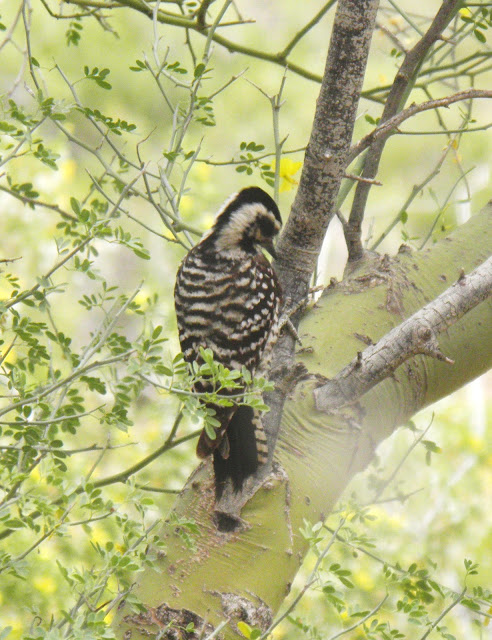 Ladderback Woodpeckers show up from time to time, they especially still like the old dead peppertree, but I have never seen nesting attempts. 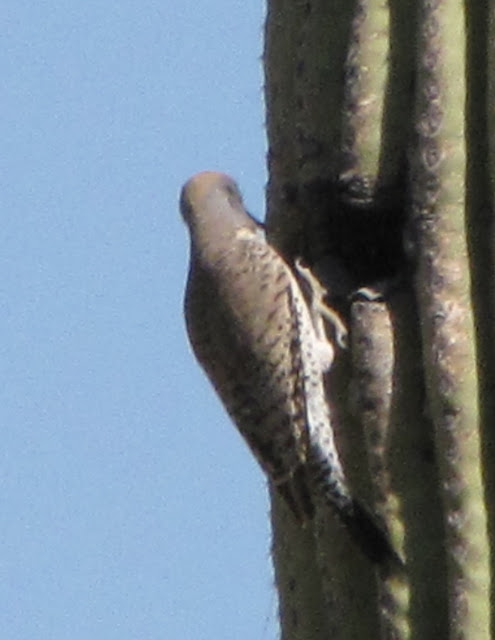 The Gilded Flickers are interested in several existing cavities. It would be nice if they could use one instead of hammering out a new hole. We have so many in our saguaros that some  arms and even center trunks are breaking off. I have sold the boots that develop as scar tissue around the nests to an artist friend, but I prefer healthy saguaros. 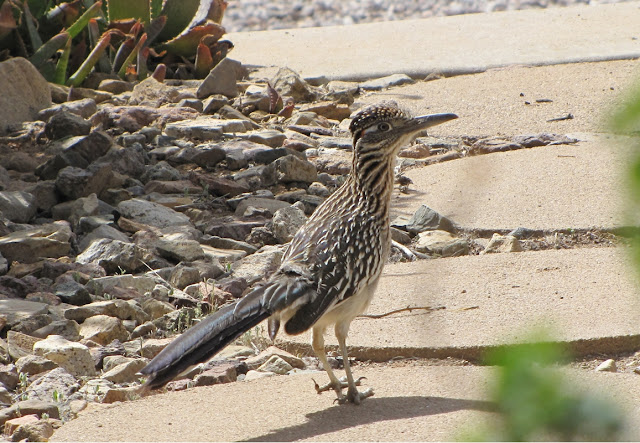 Roadrunners are also preparing to nest, we hear their unnh-unnh-unnh calls all morning during breakfast. 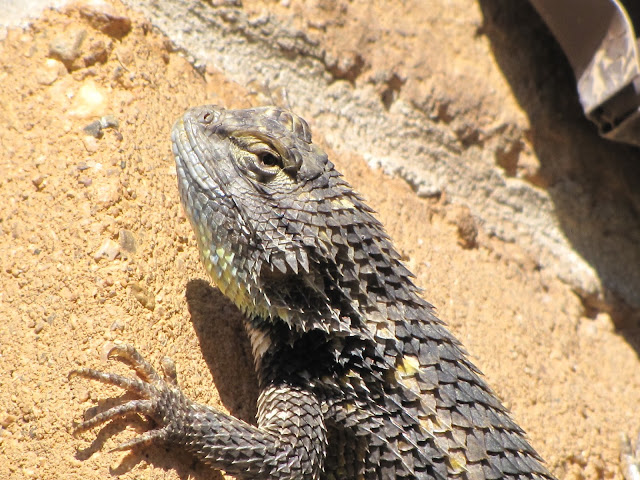 I hope the Roadrunners don't catch our patio Desert Magister - we saw her grow up over several years after our dogs and cats wrecked havoc among the population when they were young. That seems to be under control now ...

White-winged Doves just showed up, only to find the invading Eurasian Collared Doves already in residence and on eggs

Turkey Vultures have been arriving for at least a couple of weeks now, but today the dogs got really upset and chased a pair of Black Vultures through the property. Those are rare here, but until my camera was ready, they had already gained so much height that they hardly show up in the pictures. Too bad, they were circling each other like they were courting. 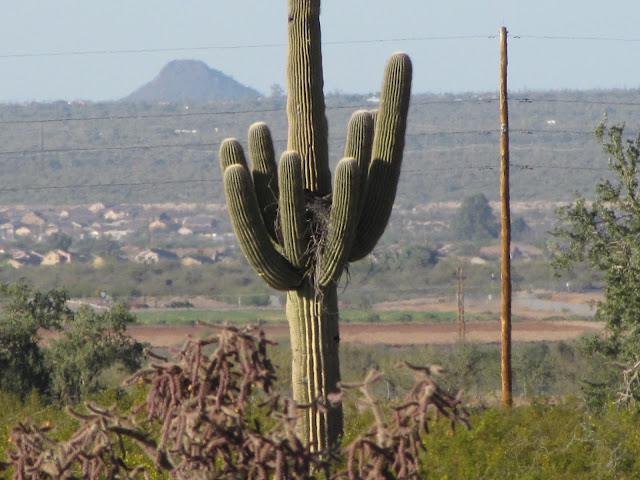 Good news from the Dark Female: Our resident Red-tailed Hawk is again using one of her saguaro nests, this time the one closer to us. I'll have to check my records, but it seems that she's been raising her broods here now for at least 5 years, if not longer. 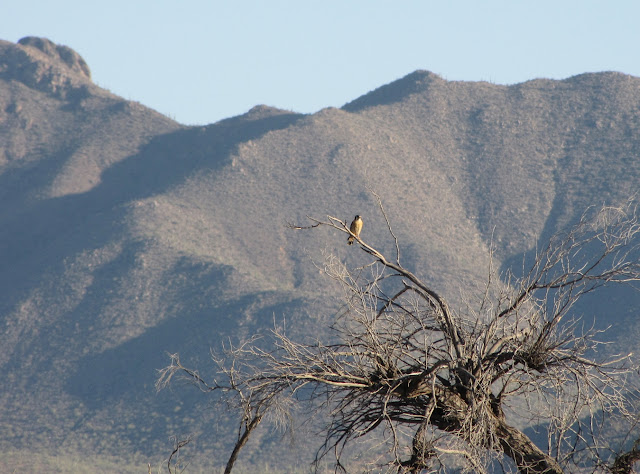 The Kestrels are also very territorial around their chosen saguaro, so there are probably eggs in the nest as well. 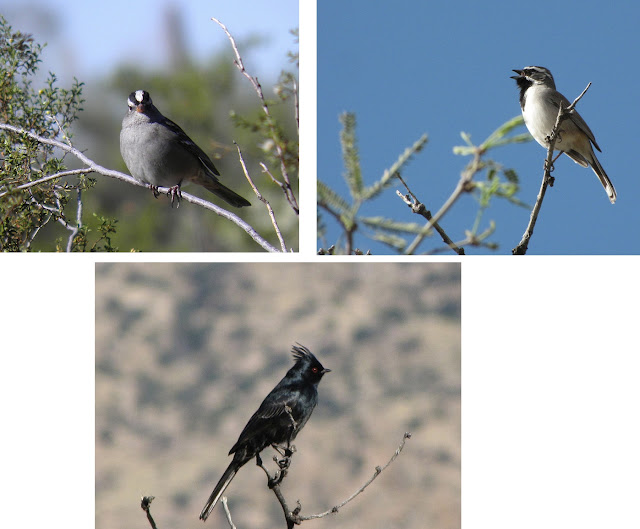 There is a constant din from the metallic songs of white-crowned and Black-throated Sparrows. They are everywhere, but not very eager to sit for photos. Phainopeplas are better - sitting pretty on top of trees - we did not pull down mistletoe  for a couple of years and those silky guys are happy.
Posted by Margarethe Brummermann at 3:52 PM