The first Gambel's Quail chicks of the year!

Today we celebrated Randy's birthday with an early morning walk to the Red Tail Hawk nest. Finally, a chick, still white and fluffy, was visible. Of course we had the dogs with us and they discovered some great new toys: Our rodeo-riding neighbor had brought in a fresh herd of cattle.
So luckily everybody was nicely tired out when we returned home. 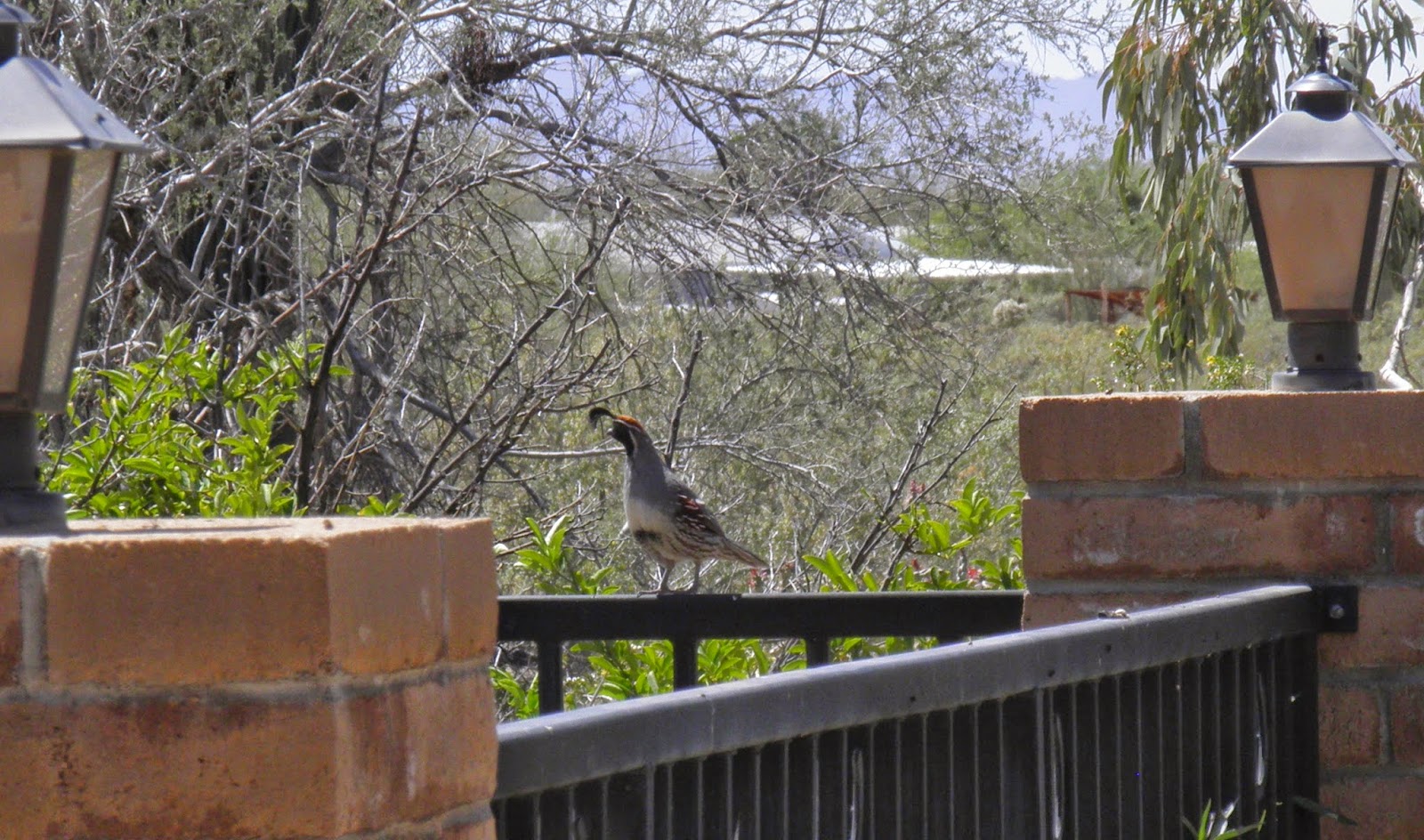 During our unusually calm entrance I noticed a male quail quietly guarding the corner of our brick patio. It made me curious, because these guys are usually boisterous and noisy. When I saw him slipping into a small raised bed of Barrio Petunias I was fairly sure that I would find a quail nest full of eggs in there. 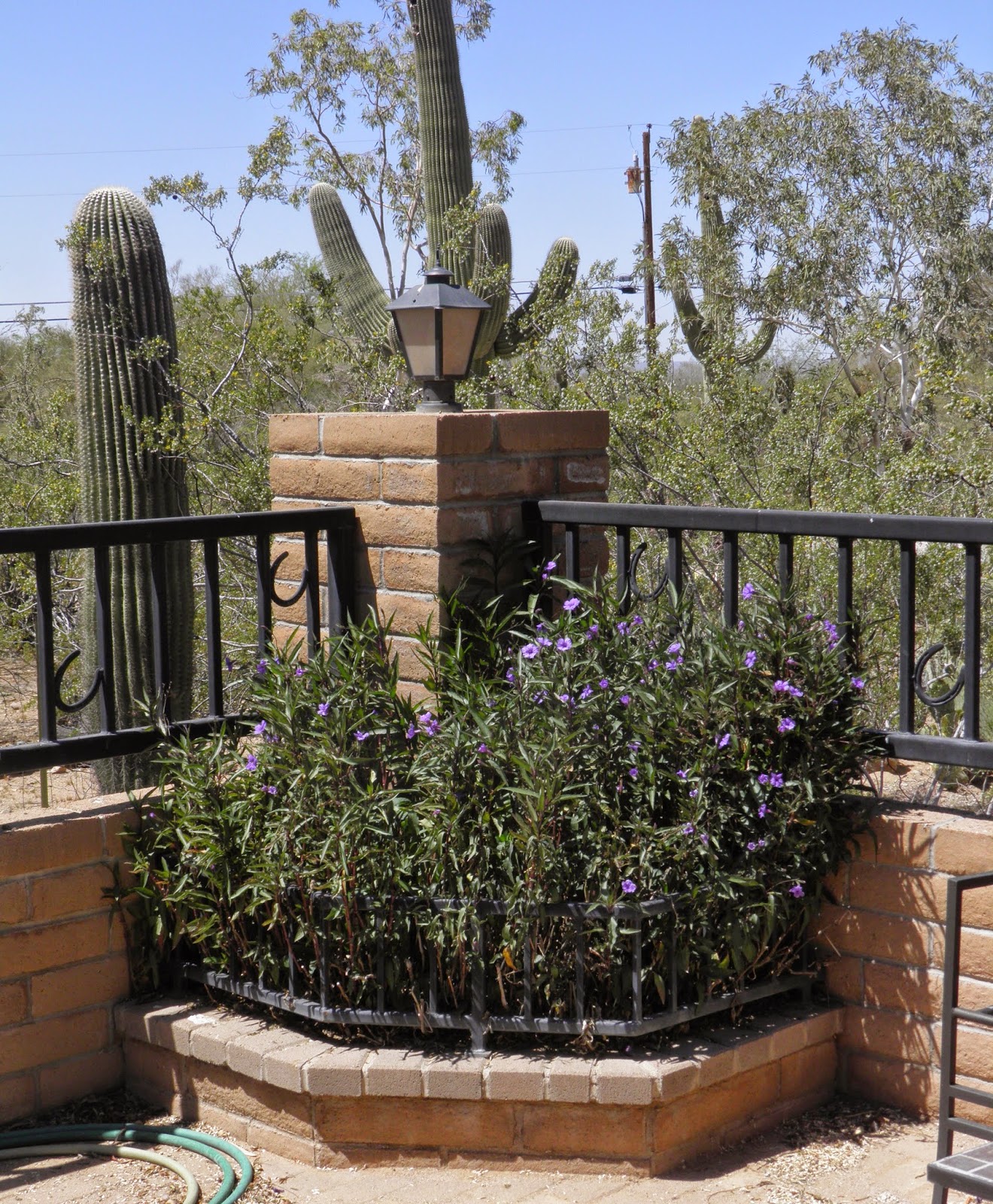 The Barrio Petunias are among the few plants in our garden that we water regularly and generously. But before flooding whatever was in there, I wanted to carefully check. Well, not careful enough, because mom took off with a shriek. But when she was gone, I kept hearing little voices.

So I bent the plant stems apart. I didn't expect much of an actual nest. Quail really don't bother with a lot of nesting material, they just lay their many eggs in a tightly packed clutch on the ground. In this case, most or all of the eggs were empty shells already. But right next to them, something moved. 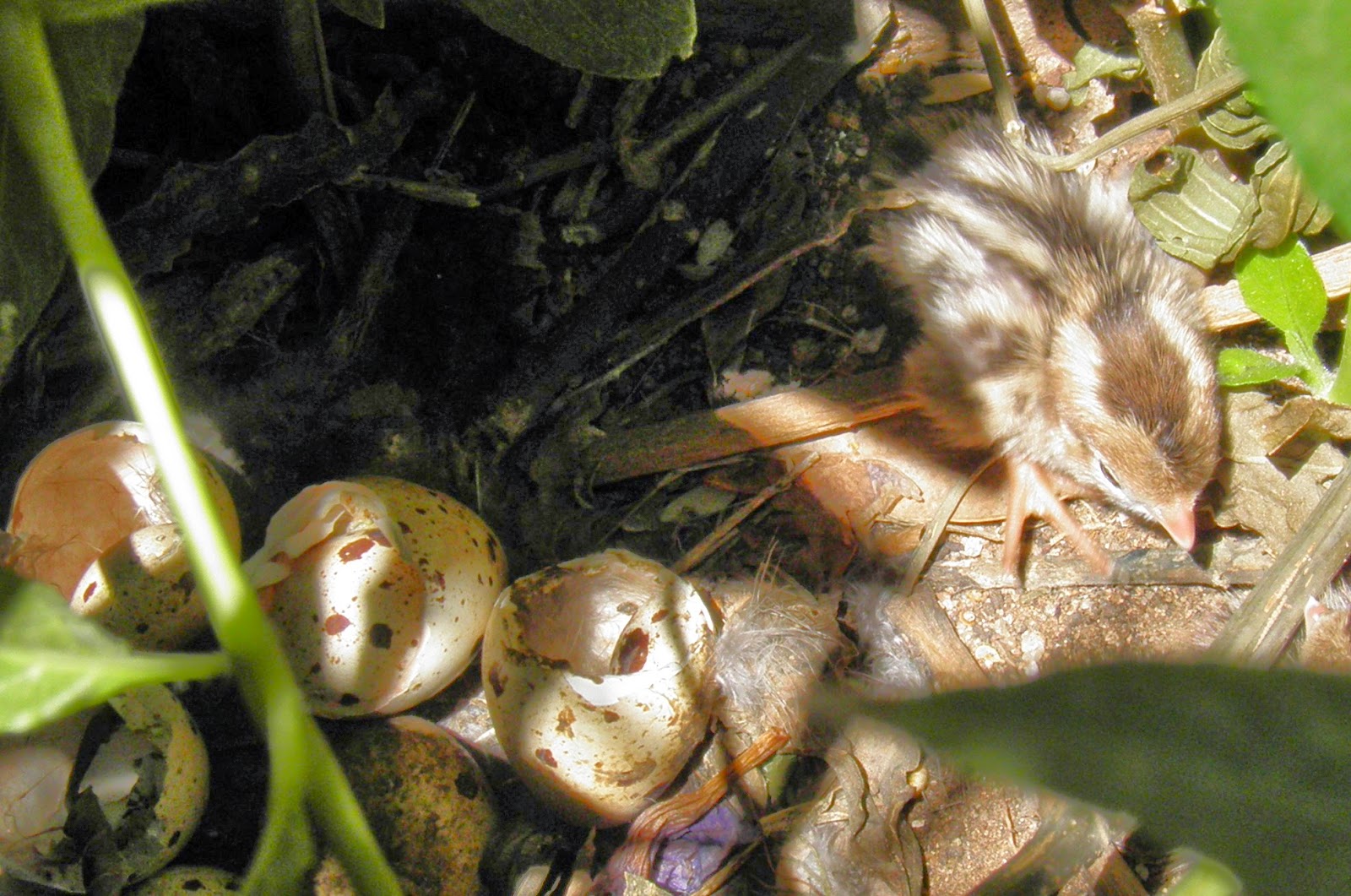 All the little hatchlings were still there, fresh out of the eggs but already dry and fluffy. I felt very privileged to witness this short moment that these precocious birds spend at the nest. 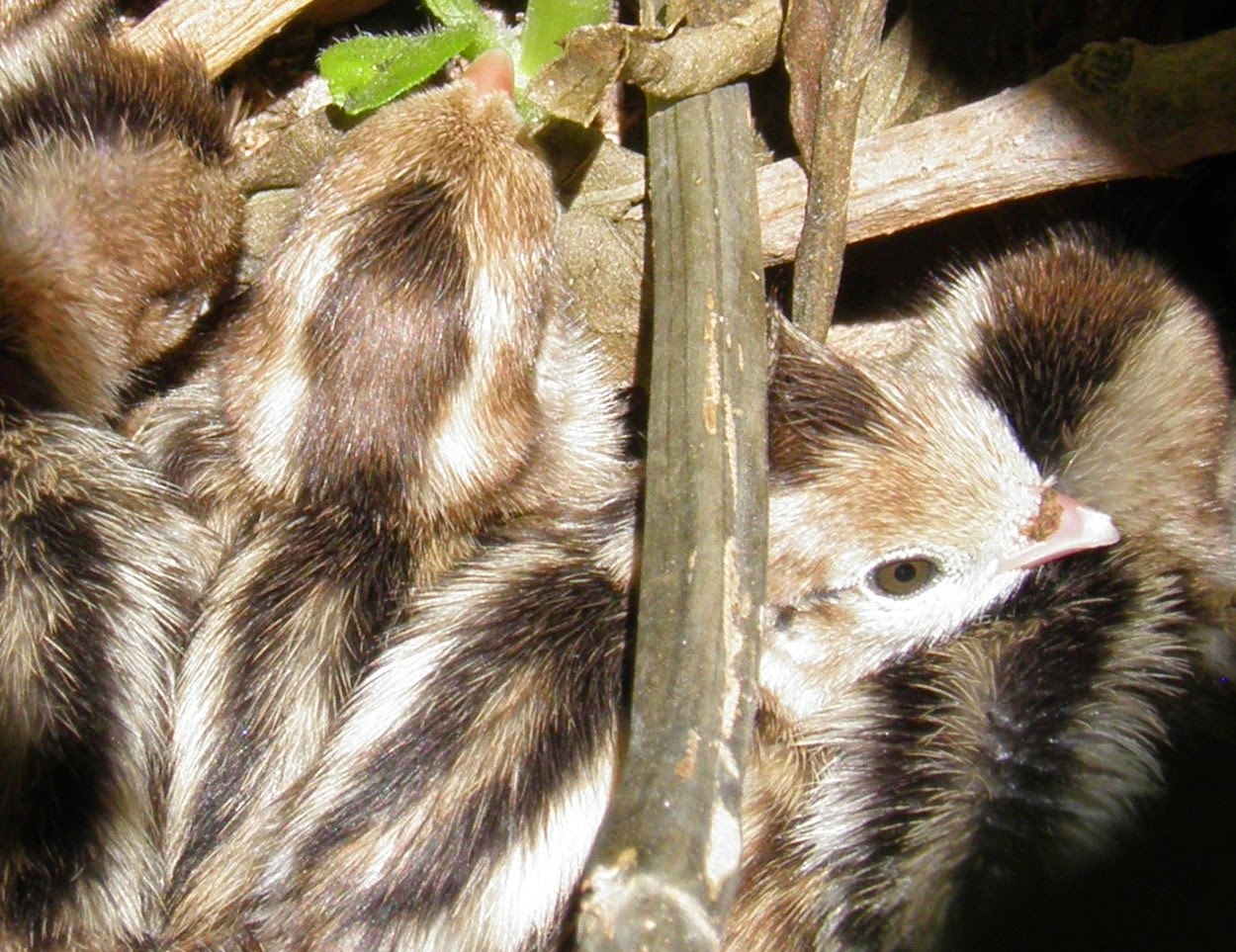 Can you see the little egg tooth on top of the beak? It's used to scrape open the eggshell from the inside, and is lost very soon after hatching.
The panicky exit of their mother had send some chicks hiding in the plants around the nest, but soon they all instinctively huddled together again in one tight clump. video click here 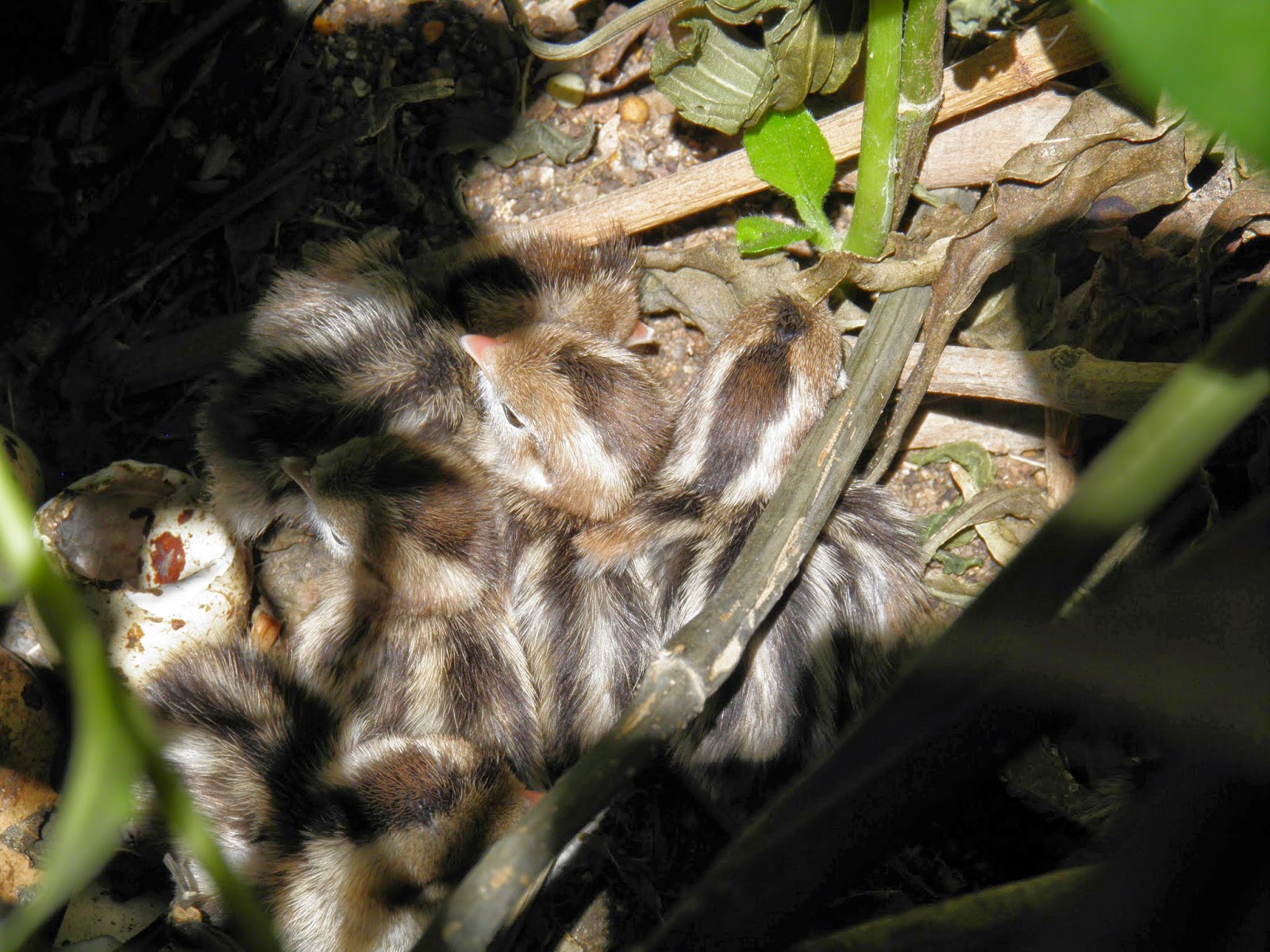 Being kids, they quickly forgot their scare and began pecking around, pecking at everything in their surroundings, including their siblings toes. I took some photos, resisting the idea to use the flash to brighten up the very deep shadows. The parents were calling close by, so I let them be. From a distance, I saw the female slip back under the Barrio Petunia. I know the family will not stay around the nest too long, they may be gone tomorrow. 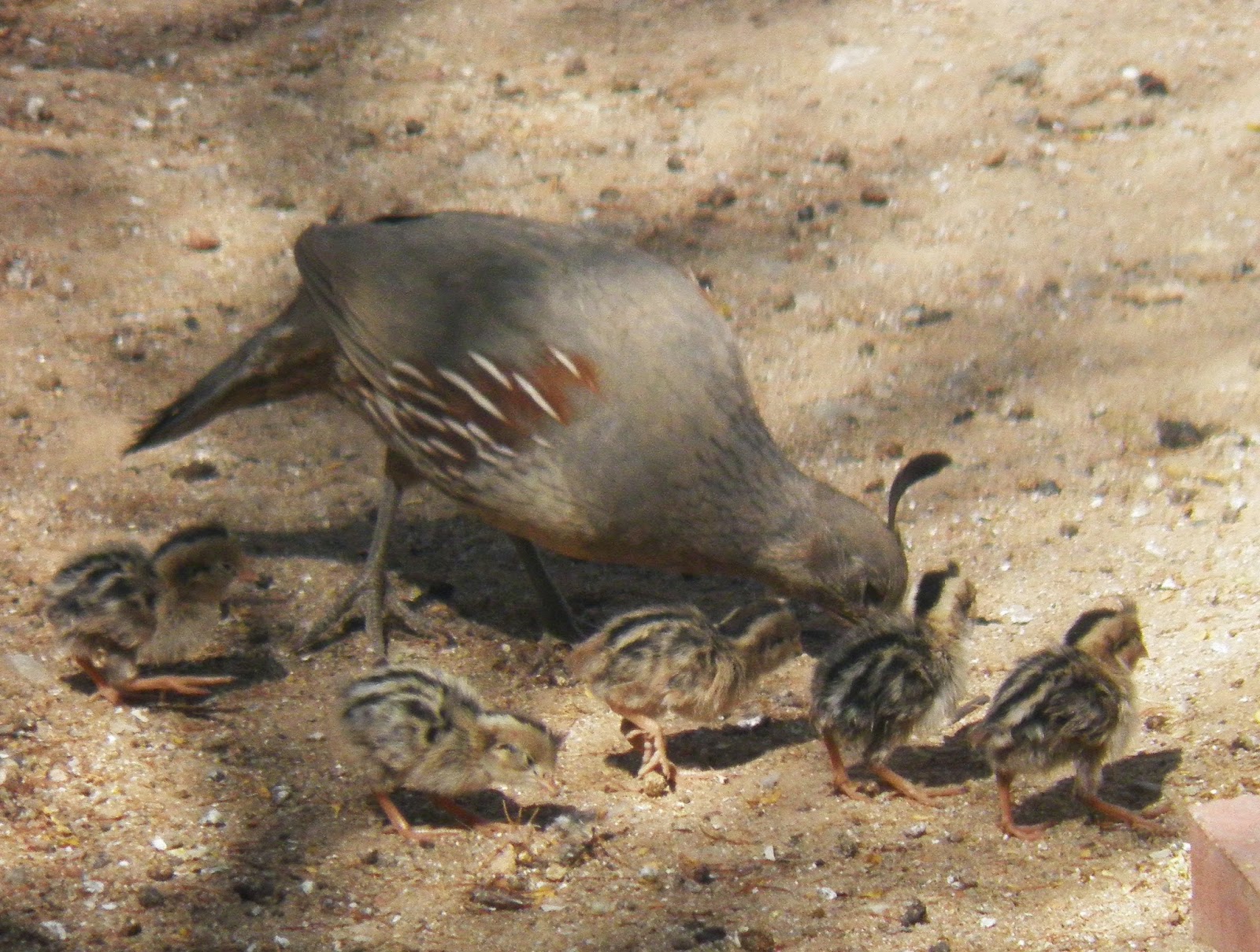 Maybe I'll see them at the feeder or the bird bath, and hopefully in a bigger group than this one from last year. 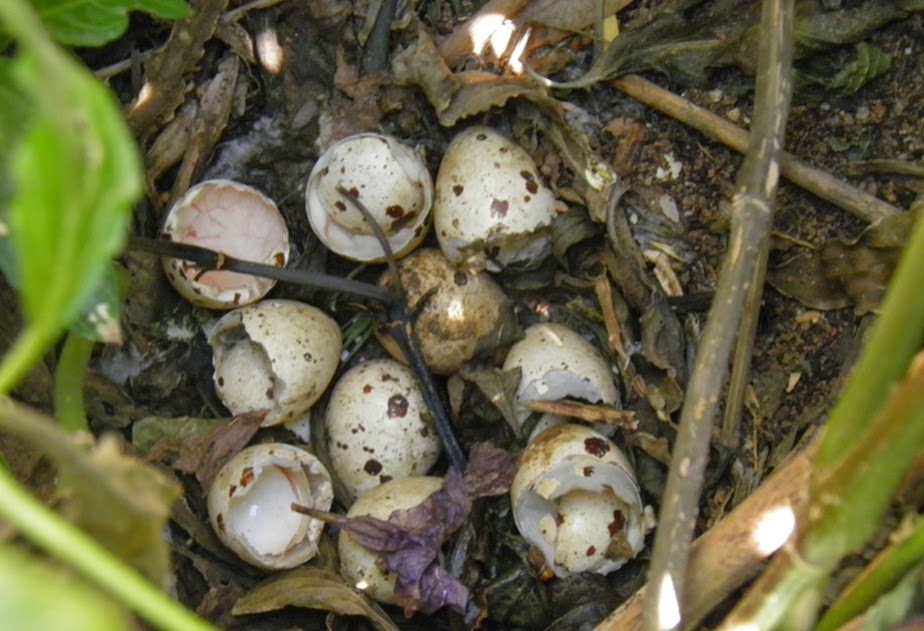 When Randy checked the next morning, only broken egg shells were left behind. Empty Nest Syndrome! 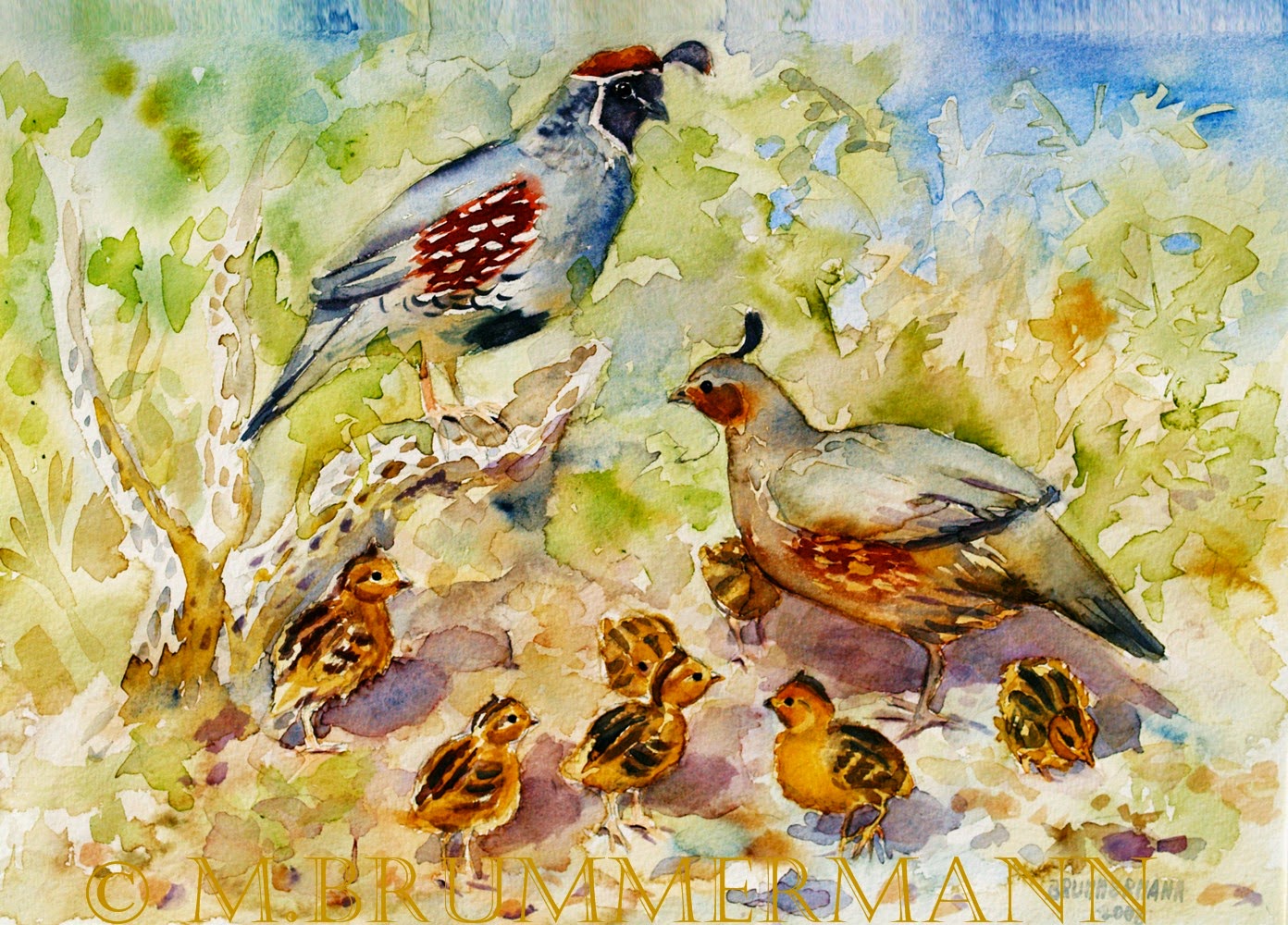 Posted by Margarethe Brummermann at 3:36 PM