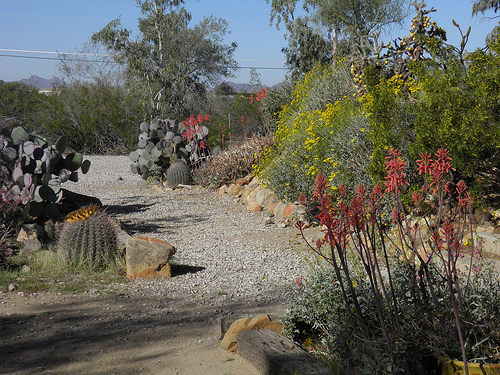 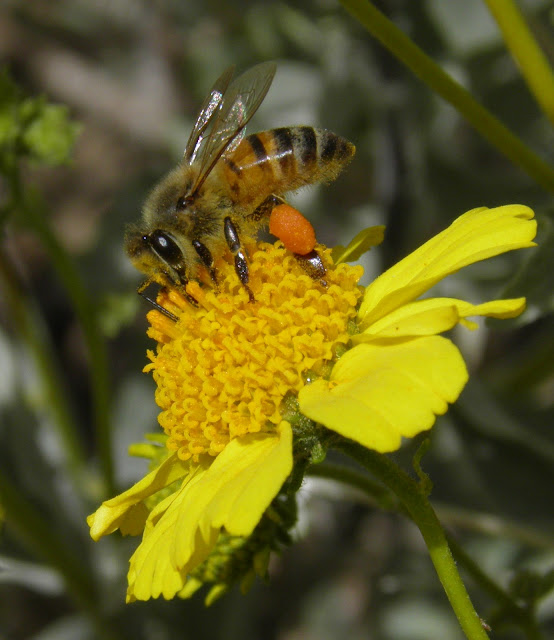 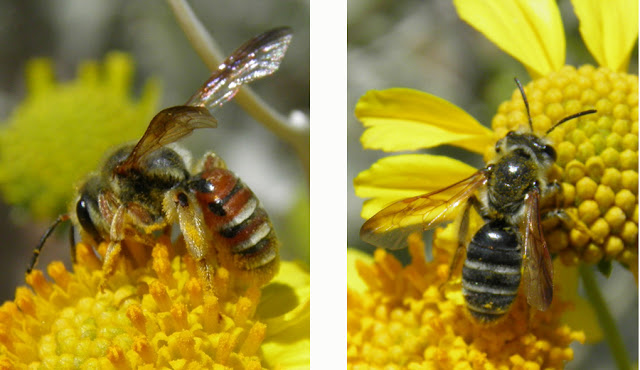 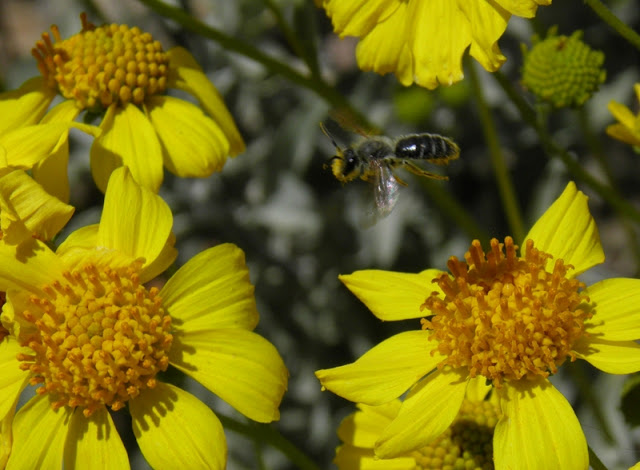 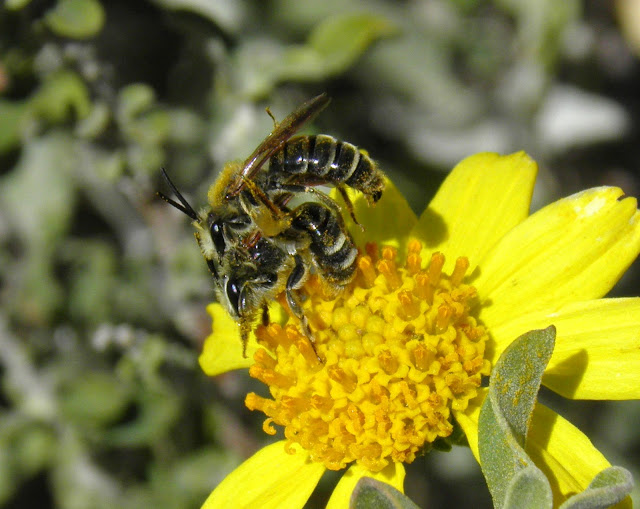 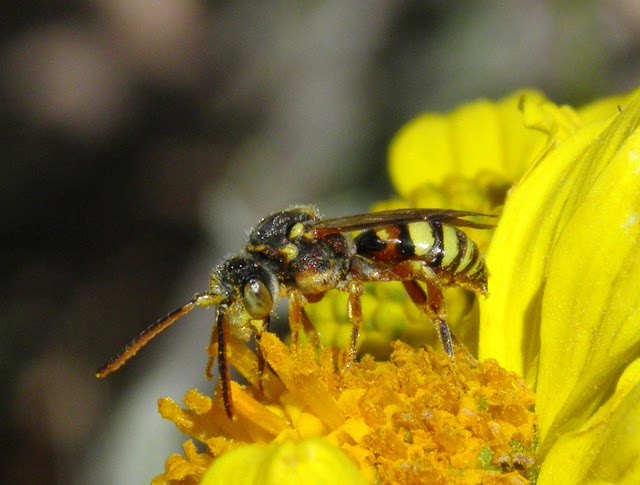 The abundance of Adrena females also drew another visitor with a quite different agenda. Today I found my first Nomada Bee and promptly misidentified it as a wasp. Nomadas got their name from the fact that they have no nest of their own. Instead, they are clepto-parasitic cuckoo bees, depositing their eggs into the nests of the other bees, mostly in the genus Adrena.
Posted by Margarethe Brummermann at 8:30 PM