Yesterday, Ned Harris invited me to join his 'Friends of Sabino Canyon' for one of their weekly spring walks. The morning was beautiful, cloudy, but not windy... just perfect. Notably missing were flowers. No spring annuals and nearly no brittle bush bloom this year. But lots of small critters and birds were out.


We also saw Greater Earless, Zebratail, Side-blotched, and Ornate Tree Lizards. The canyon has a lot of diversity because it covers very different habitats and elevations. Some of the lizard species are confined to certain areas. Knowing what to expect where can be a great help to identify them.

This is from the visitor center in the open desert area. TheBlack Chins shared the ocotillo with Ana's. In the riparian part of the canyon we encountered also Costa's and mostly Broadbills. 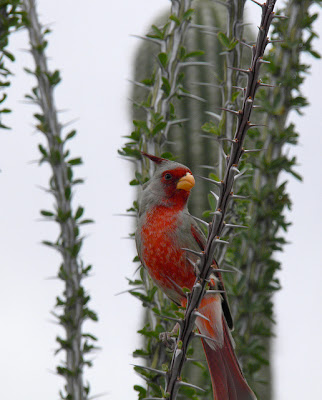 Pyrrhuloxia and Northern Cardinal were waiting for hand-outs at the tram station kiosk. 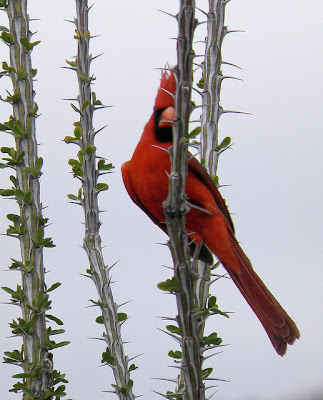 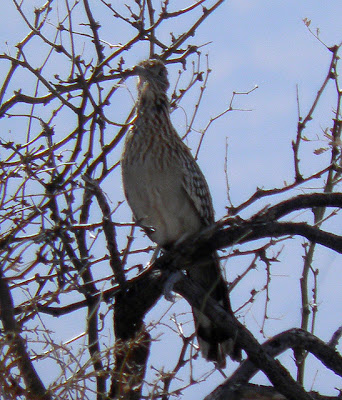 The Roadrunner was making barking noises that confuse even the experienced birders. We also heard the song of many territorial males of Lucy's Warbler. 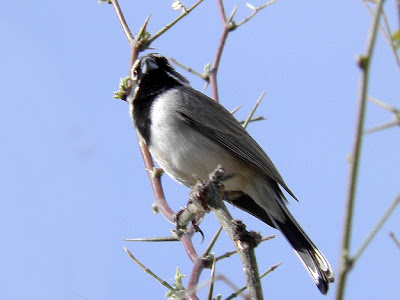 All Black-throated Sparrows were paired and nesting. Turkey Vutures were circling, also Redtailed Hawks, and Cooper's were calling among their nesting trees. Of course, lots of  Phainopeplas planting mistletoe. 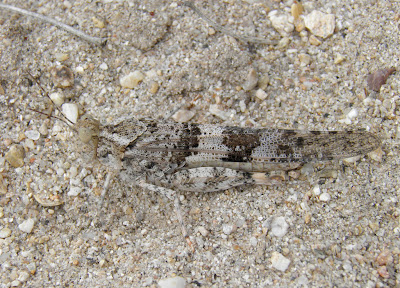 But I went to look for insects. Surprisingly few Grasshoppers, so I photographed our most common one, the Pallid-winged banded Grasshopper. 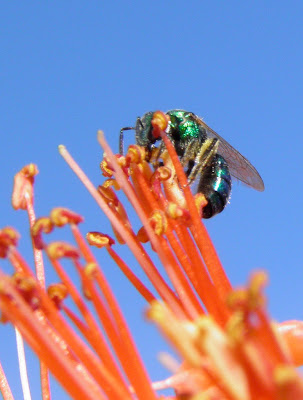 Metallic green Sweat Bees enjoying Ocotillo pollen. They were joined by huge Carpenter Bees, their mimics the Mexican Cactus Fly and even a couple of Tarantula Hawks. 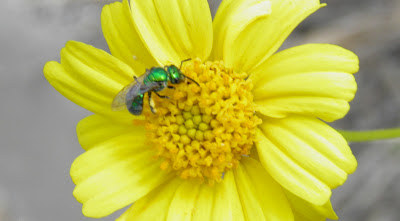 Along the creek, and especially in the area of the dam, we always find the best insects. This time, Fred Heath discovered the big, colorful Soldier Fly, and I found a very modest looking Tipulid, that Carl Olson declared 'very cool!' 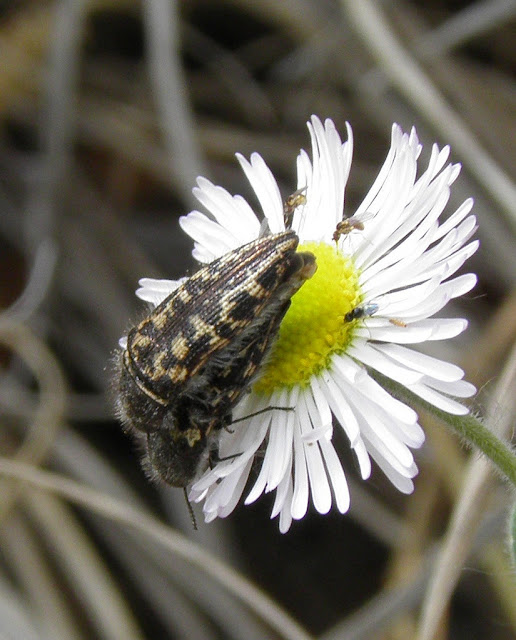