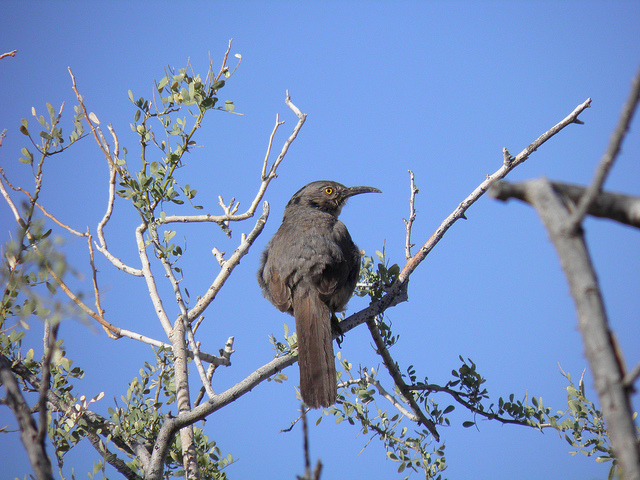 Cuve-billed Trashers have many talents. They whistle at you like a street kid. They have a beautifully varied song that I like at least as much as that of the Mockingbird. They build a nest in the middle of a jumping cholla protected by thousands of barbed thorns, but are said to clip off the thorns that could hurt the nestlings. They are great parents that never tire of their very noisy, demanding fledgelings.
But they are as fierce and aggressive as their yellow eyes and their sharp profiles promise. 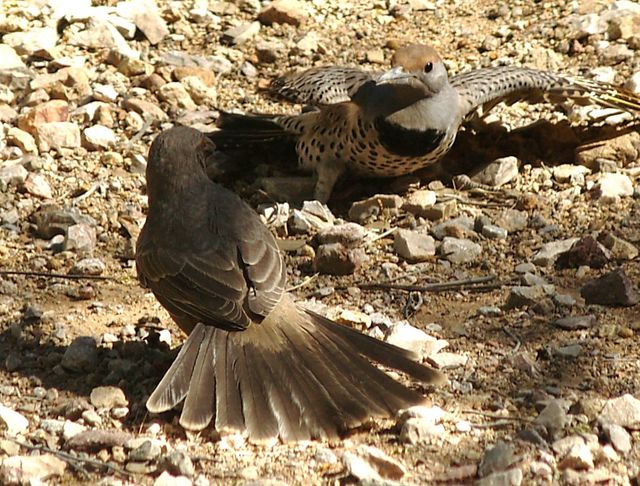 A couple of years ago I watched this fight among a Trasher and a Gilded Flicker. Flickers are our largest woodpeckers here in the desert, and they easily drive the smaller Gila Woodpeckers from feeders and nesting sites. Luckily for the Gilas, there aren't very many pairs of Flickers. But in the case of Trasher against Flicker, the Trasher won.

But you have to watch what happens if a Trasher wants to impress his girl (and I don't think I' m anthropomorphizing very much here - shared aggression is a form of pair-bonding that can be observed in many species). Curiously, he never attacked the smaller Round-tailed Ground Squirrel, but he took on the giant Rock Squirrel every time the big guy tried to stuff his cheeks. When I filmed this, the squirrel was already a little desensitized to the attacks and seems to mimic a skunk, so the Trasher walks off, finds a new strategy and.....Just watch it.


The original video shows how the female thrasher joined the triumphant male after his victory of the quail block. Unluckily, the flickr version cuts off just before she arrives. 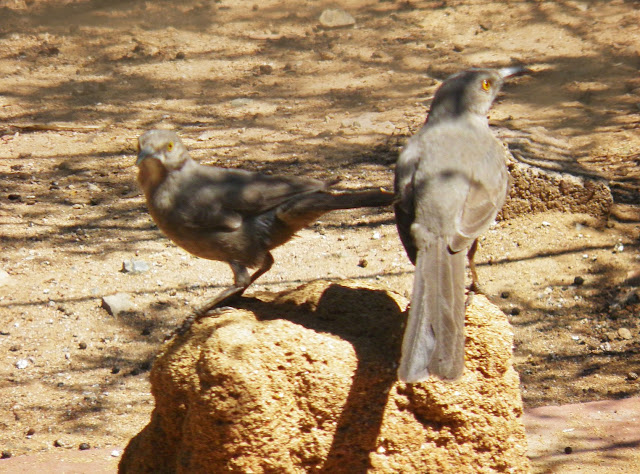 Anyway, here they are, sole owners of the quail block of contention.
Posted by Margarethe Brummermann at 4:08 PM